I’m Author Austin Kleon, And This Is How I Parent

kidsoffspringparentingwriting
Facebook may have decided that you shouldn’t see the news, but we think you deserve to be in the know with Lifehacker Australia’s content. To sign up for our daily newsletter covering the latest news, hacks and reviews, head HERE. For a running feed of all our stories, follow us on Twitter HERE. Or you can bookmark the Lifehacker Australia homepage to visit whenever you need a fix.

Austin Kleon doesn’t glamorize creative work. It’s hard. (Hence, the “work.”) But the bestselling author has found ways to stay the course in the face of burnout, self-doubt, and yes, even raising children. He shares his wisdom in his new book Keep Going, which comes out tomorrow. Today, he talks to us about how he parents.

My writing career took off just when we decided to have kids. I quit my job to go on book tour for Steal Like An Artist when Meg was pregnant with our first son, Owen. I wrote a lot of Show Your Work! after putting him down for a nap. (An awful way to write. I do not recommend it!)

By the time I wrote Keep Going, Owen was occasionally hanging out in the studio with me, giving me his opinions, and reading and writing his own books. Both boys were drawing so well, I put their drawings in different chapters. So for the past seven years or so, I’ve been trying to figure out how to go about this weird career while being at home with the kids at the same time. (It’s been a lot!) 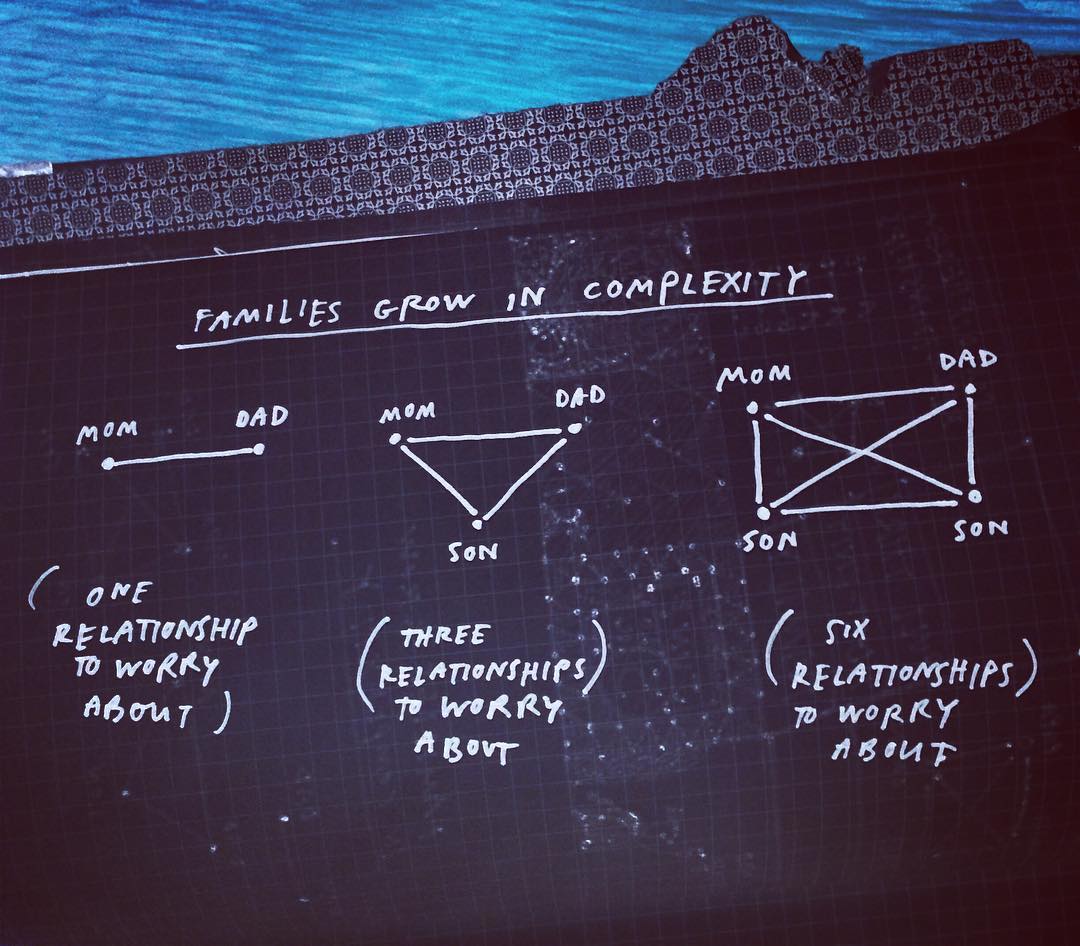 What gear do you rely on?

We’re extremely strict about our routine in our house, otherwise things are just too chaotic with us all home, so the boys sleep with sound machines and these little owls that light up when it’s time to get up. (Owen ignores his and gets up too early to read and putter around in the morning, but he knows not to get us up until his clock says 7AM.)

We travel quite a bit, so both those things come in handy on the road, as do volume-limited headphones and Speck iGuy cases for their iPads. We’re big walkers, so if I had to pick one piece of parenting gear, it’s our City Mini double stroller, which I calculate has logged at least 4,828km.

Dropbox is a really simple but underrated app we use a lot: we used to record ourselves reading their favourite books and then drop the recording in a shared folder so we could play it for them on walks and trips. Otherwise, we use Spotify a lot to play music. And the PBS Kids app. And all the great apps that Tinybop makes.

Owen’s absolute favourite app is GarageBand, and we’ve spent hundreds of hours in there together making music. Here’s one of Owen’s songs. 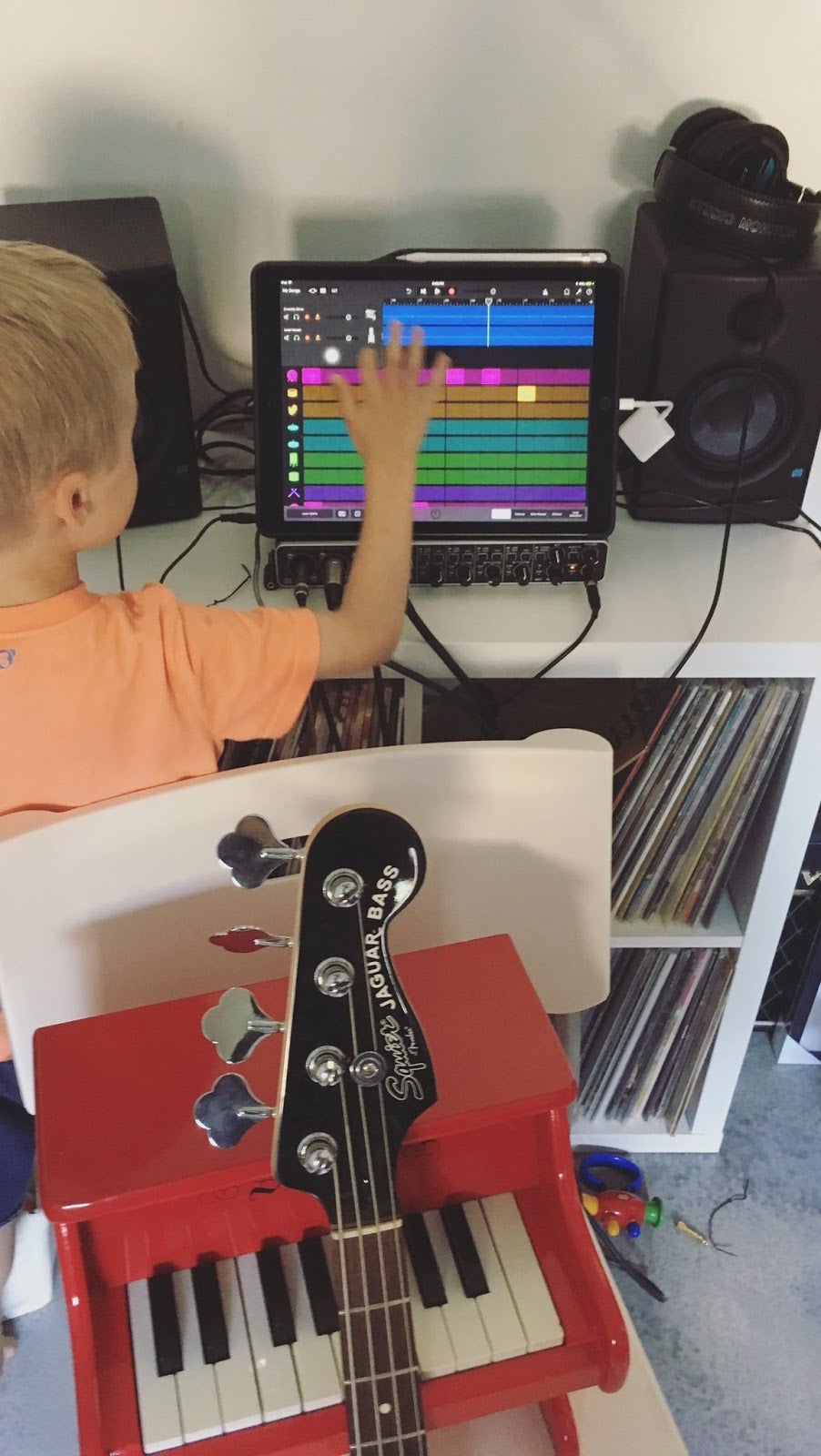 How has having kids changed the way you work?

They just eat up so much time, which is the very thing a creative person needs, so I’ve learned to be more efficient, work on things that matter when I get into the studio. I’ve also learned to keep a pocket notebook and scribble down every single thought for later at my desk. Watching them draw and write and make music has taught me to tap into that kind of raw and free and wild energy in my own work, to try to make things quickly and confidently without judgment.

Basically, they’ve reminded me how much creative work is about play. They’ve also taught me how to learn again, how to completely immerse yourself in a subject, learning through copying and repetition, until your interest is caught on something new. 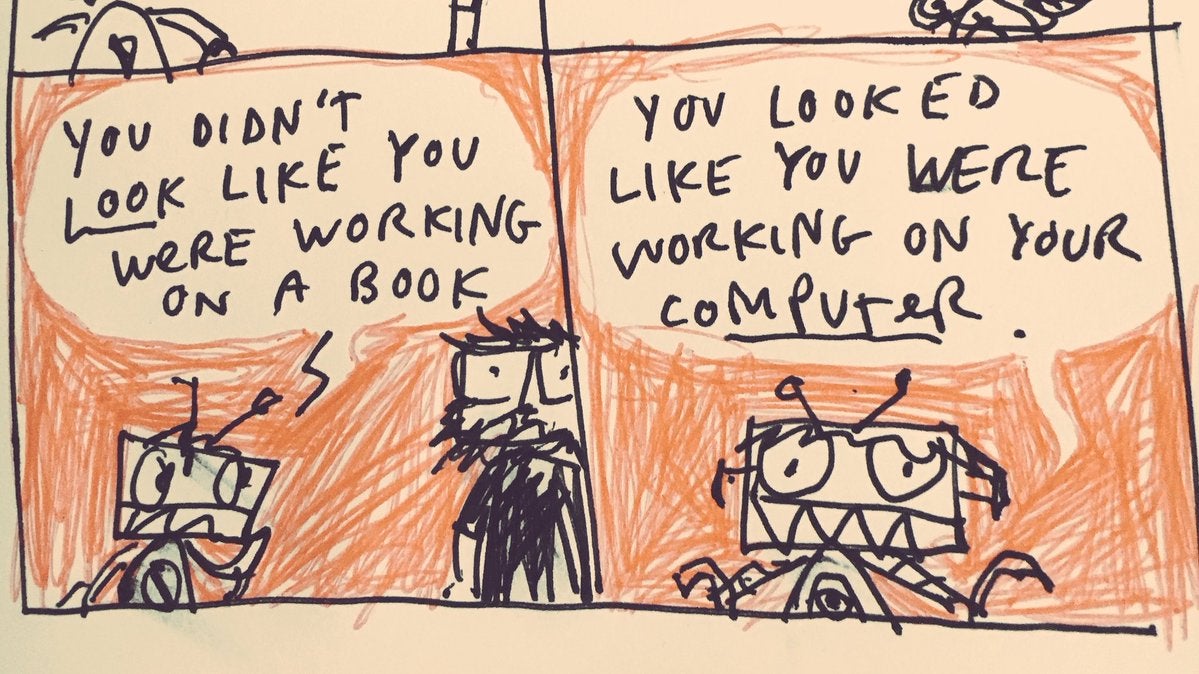 You’ve written about taking your kids to work. Can you talk a bit about the magic that happens when they see you doing what you love?

Owen’s old enough now that I can actually ask his opinion about stuff I’m working on. He always has good ideas. I was sitting at the kitchen table the other night trying to come up with ideas for a book trailer, and I thought, “Why not just have Owen do it?” I asked him and he said yes, so we shot it at the kitchen table and I edited it on my laptop while he was taking a bath. I love how spontaneous they are, how they can roll with things. 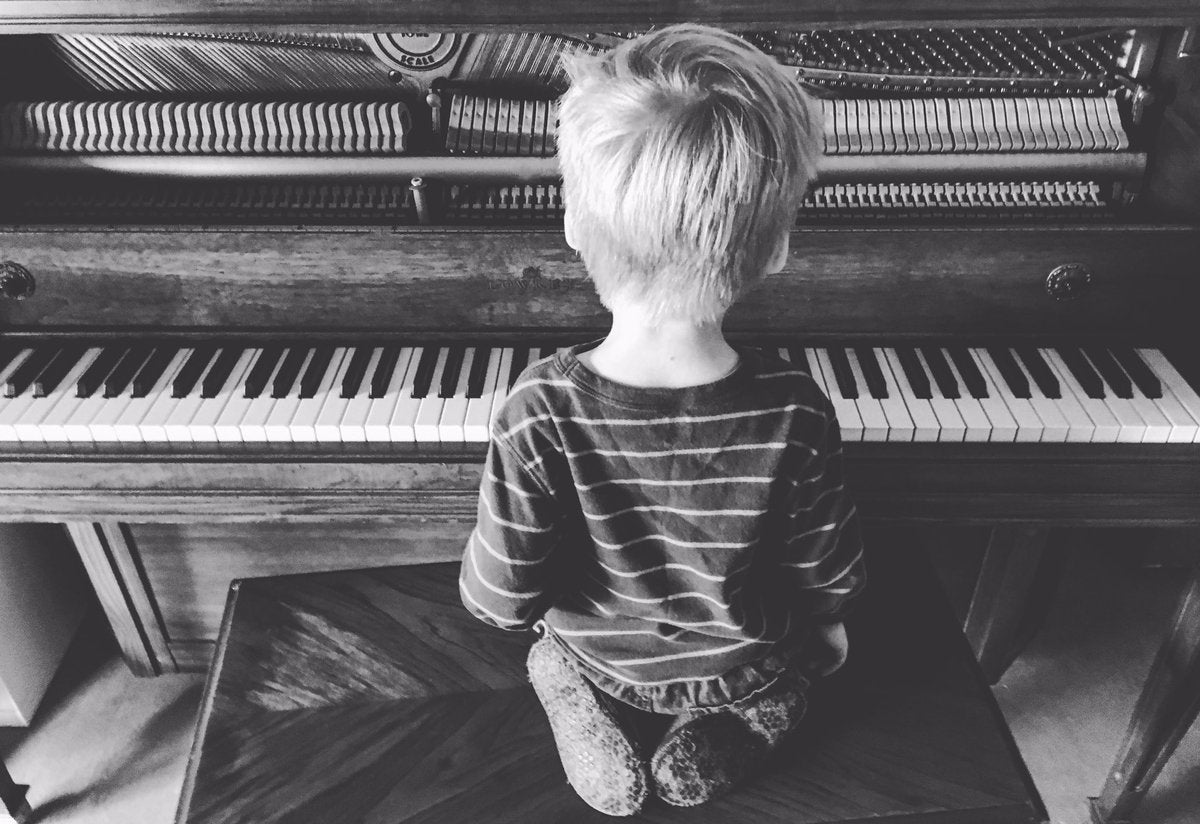 It’s not really a hack, but an ethos, borrowed from John Holt: “Trust children”. We try really hard to have all of their materials out and at eye level and freely available, and we trust them to do their thing. So that means things like leaving markers and paper out for the 4-year-old and letting the 6-year-old play in the music room with my recording equipment.

(We’ve had a few accidents. One time Jules drew on our couch cushions with chalk and Meg decided to embroider the drawings.) 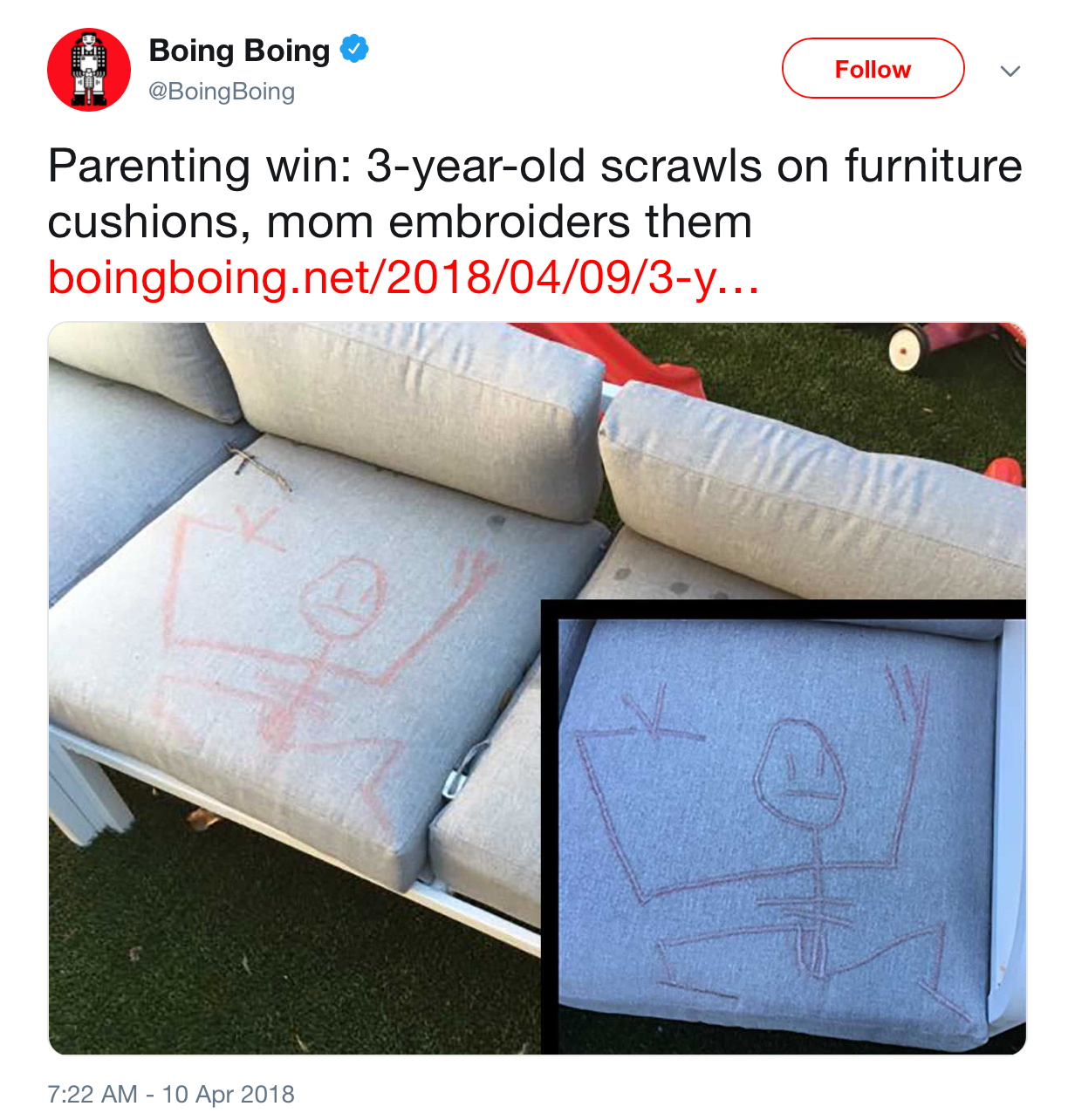 They left me alone. Gave me a lot of space and time to just dream and do my thing. I hope to do the same for my kids. I think a lot of kids just need more time and space. I think we all do, actually … 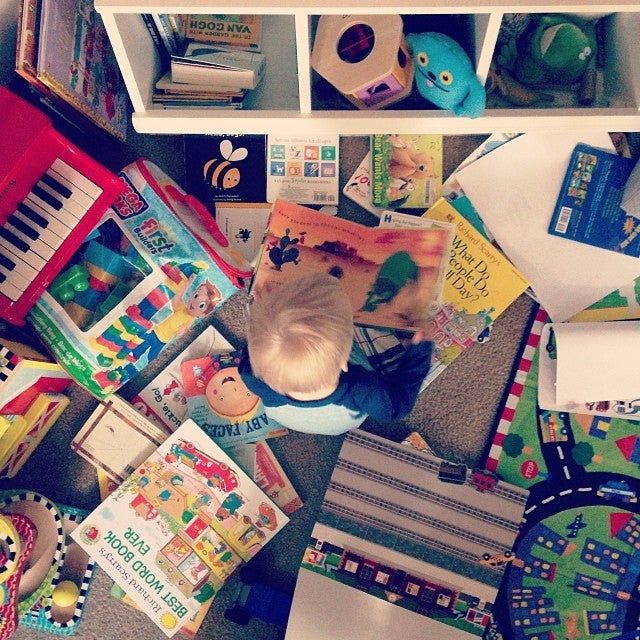 My son Owen stutters, and last year he got up in front of an audience of a few hundred people at a banquet for the Lang Stuttering Institute (at the University of Texas—a wonderful, totally unique program I recommend to anyone with kids who stutter) and read a short speech and beatboxed.

Anytime I yell. I yell too much and I hate it. 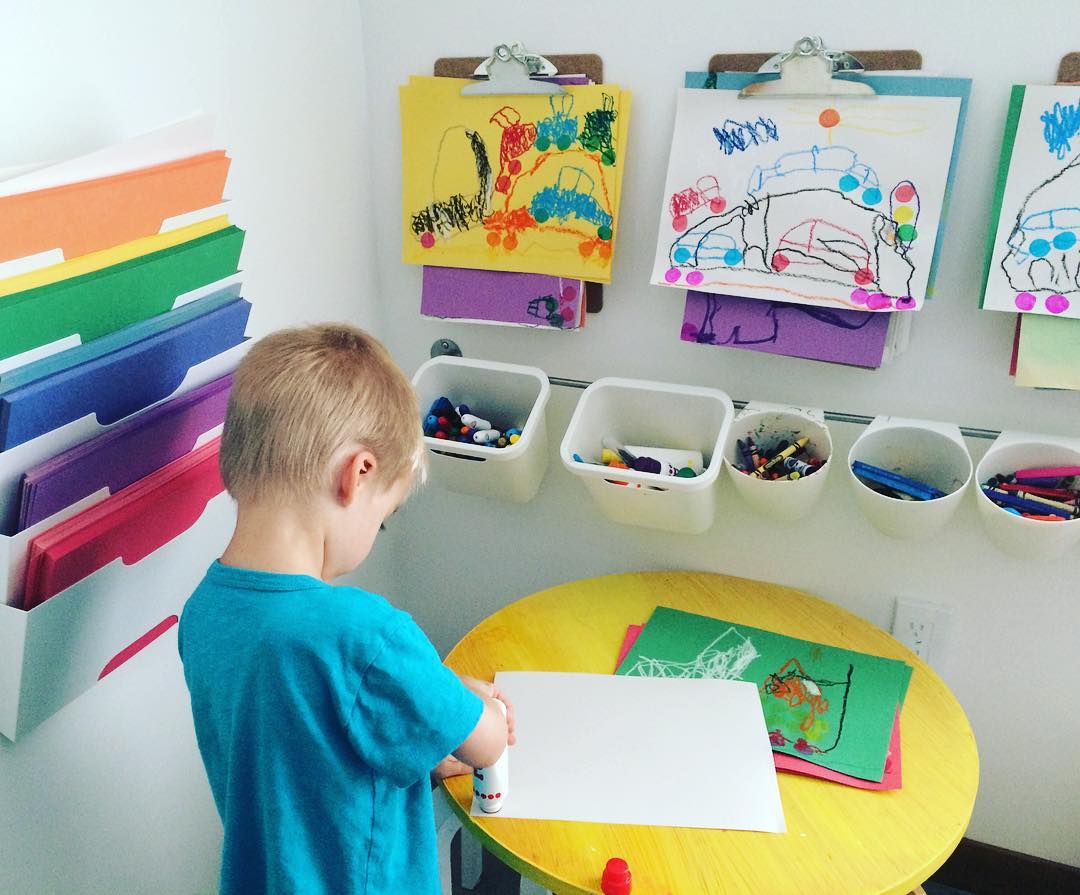 I just want them to be privately happy and publicly useful.

During a birthing class, my father-in-law, who was a veteran parent at that point, was asked if he had any advice for the rookie parents. He stood up and said, “You’re going to want to throw them out the window. And that’s OK! The important thing is that you don’t.” 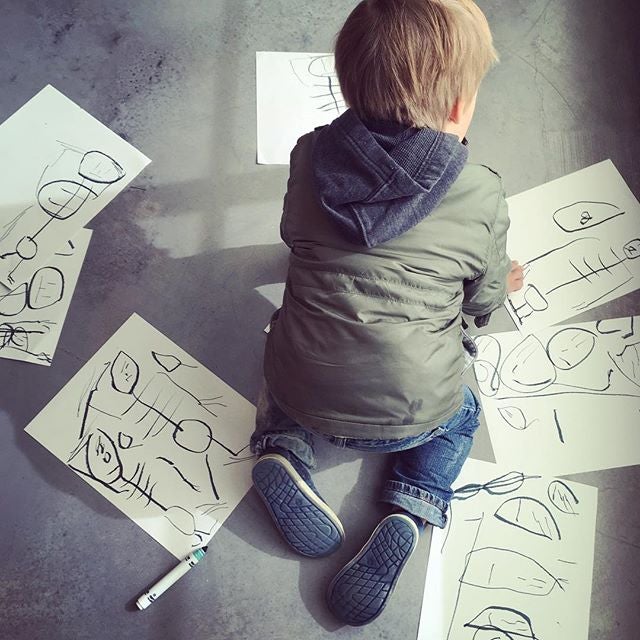 The hardest thing about being a parent, in my opinion, is that they make you vulnerable to your environment in ways you aren’t when you don’t have kids.

I would be lying if I didn’t say, “Bedtime.” 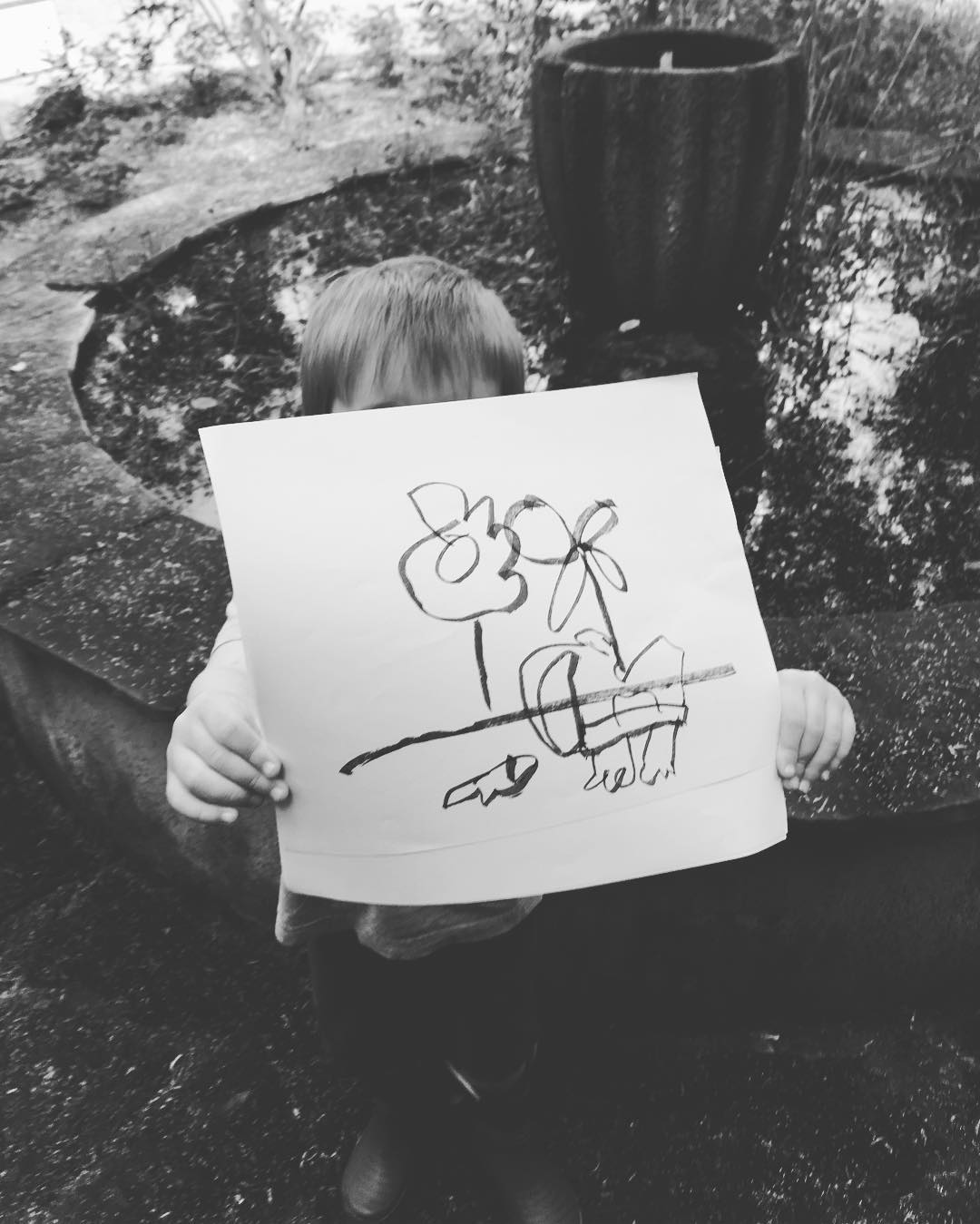 It’s not you. You’re probably doing the best you can. It’s just that everything is stacked against you. Everything from a lack of affordable child care, underfunded schools, crumbling infrastructure, bad health insurance, to a world that’s just really and truly insane. It’s near impossible and it’s not your fault. Just keep going. Do the best you can. 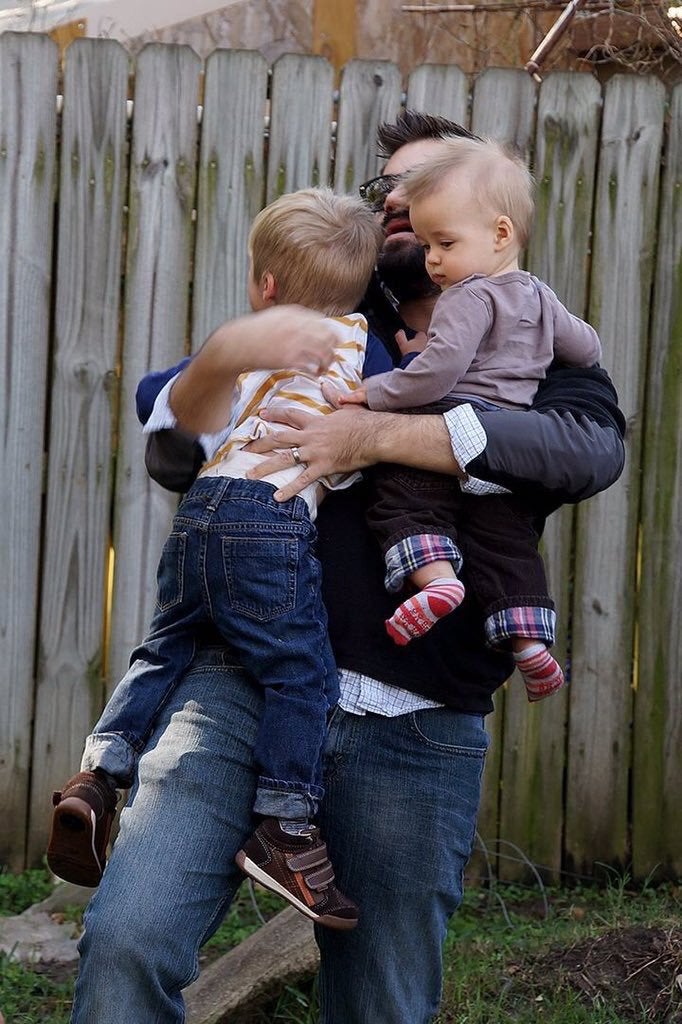 For crying out loud, get your kids vaccinated. Don’t be a selfish moron. But also don’t be afraid to raise your kids how you want. Neil Postman said that “Resistance entails conceiving of parenting as an act of rebellion against American culture.” I also agree with Ellen Goodman, who said that good parenting is countercultural: you counter the culture with deeper, richer values.