How To Turn Any Android Smartphone Into A Google Pixel

appsgooglegoogle pixelsamsung
To sign up for our daily newsletter covering the latest news, hacks and reviews, head HERE. For a running feed of all our stories, follow us on Twitter HERE. Or you can bookmark the Lifehacker Australia homepage to visit whenever you need a fix.

Android’s flexibility means manufacturers can build their own versions of the OS to suit their hardware, but there’s an elegance to the stock Android experience found on Google’s devices—one that other Android smartphones can’t match.

Several Android manufacturers, like Samsung, tweak the standard Android operating system to cater to their own app ecosystems—away from Google’s services, too. Worse, devices purchased from a network provider are often packed with extra software and features that are absent from unlocked phones. This can be frustrating for those want a purer Android experience (or those who prefer Google’s products).

Thankfully, it’s easy to recreate the Pixel experience on most contemporary Android devices—scraping away some digital cruft in the process. All it takes is little tinkering and the help of a few third-party apps. Best of all, you can do it without rooting your device. Here’s how.

The first step in building a Pixel UI on a non-Google smartphone is to replace your phone’s apps with Google’s alternatives—or as close to the real thing as possible. (If you’re only after an aesthetic change, feel free to skip to the last section.) 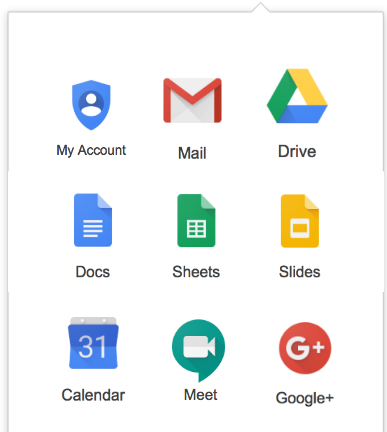 Installing a batch of new apps can be tedious, but most of these come pre-installed on all Android devices—they simply have to be enabled as the default app for a particular feature.

However, there are a small number of Pixel-exclusive apps that are unavailable on the Play Store. The Android modding community has ported or rebuilt these to work on almost every common Android handset.

Below are links the download pages for most of the Google apps Pixel phones use by default, plus ports and remakes of those not on the Play store (which will have to be installed via sideloading). The installation process is the same as any app you download from Google Play unless otherwise noted. Once installed, you will need to assign each new app as your phone’s default by going to Settings > Apps > default apps. 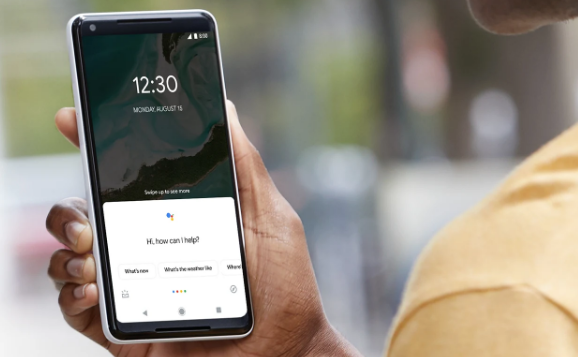 While technically optional, you can also set up a touch command that activates Google Assistant with your phone’s AI helper toggle (if it has one). The process for this will differ considerably depending on your phone’s make and model, but the general rule is that you’ll want to set up a specific touch command for your dedicated AI button (such as a Bixby button on Samsung phones) that will open Google Assistant. This can usually be done in the system settings for your AI assistant.

Before jumping into the last stage of the process, consider freeing up your device’s storage space by deleting the apps we just replaced with Google’s versions. 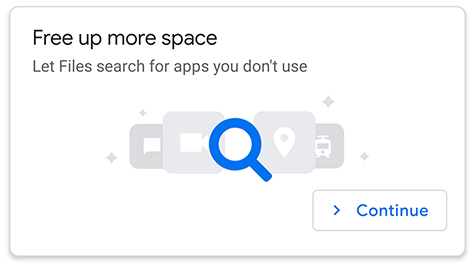 While you can do this the old-fashioned way, we suggest using the app Files by Google. Despite not being a stock Android app (for some reason), it’s incredibly useful. The app scans your phone’s storage and to find and remove excess data, and it will also recommend unnecessary apps to uninstall.

For those who can’t uninstall you extra apps, the best you can do without rooting your phone is to disable them. Some users may find a bloatware remover for their phone on the Play Store, while others will be forced to remove it manually. From the app menu, long press on the app you want to remove, then either drag it up to the trash can icon at the top of the screen or tap on the app’s quick settings menu when that appears then tap “disable” or “uninstall.” This won’t be possible for all apps, but it’s worth a try.

Now, for the fun part: making your phone look and work like a Pixel (or as close to it as we can). You won’t be able to completely replace your phone’s UI without rooting your phone, but you can get pretty close. It’s surprisingly easy, only requiring a few third-party apps and some settings adjustments. 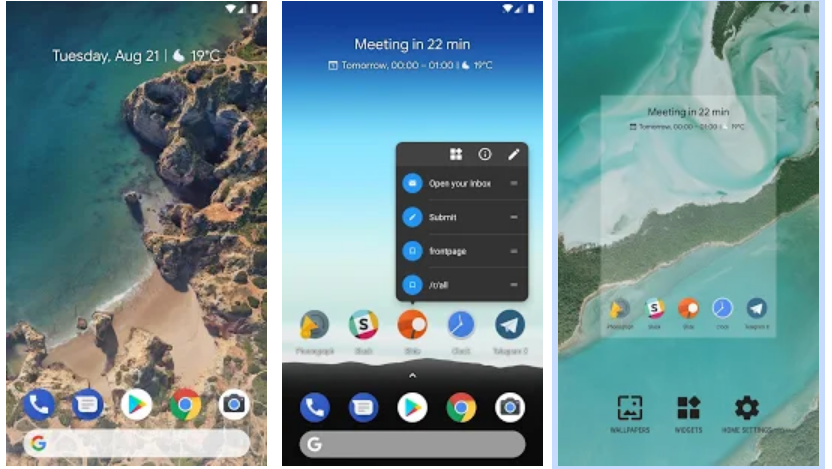 The most important part of recreating the look and feel of a Pixel is the Launch screen. A score of replacement launchers exist on the Play Store—many of which aim to recreate the most recent Pixel launch screen—but we’re going with Rootless Launcher because of how many Pixel features it adds without requiring a root. These include icon packs that match the Pixel’s icons, a properly integrated Google search bar, and extra widgets. You can also customise Root Launcher’s look with options not normally available on Pixel phones, such as different search bar shapes, in the app’s settings. 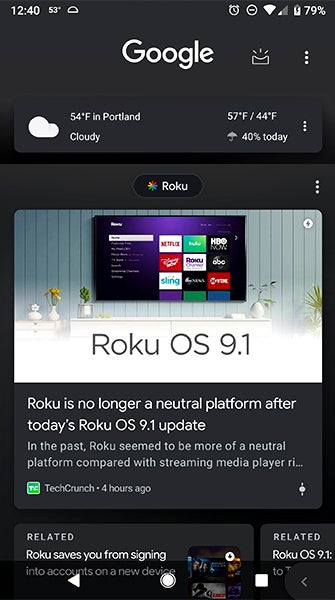 Next, you’ll want to recreate the Google Feed tab, which is a personalised feed of news articles, nearby recommendations, and other content based on your search history and device use. (This can be customised to your preferred level of privacy in your Google account settings.)

While Google Feed emulation is technically a feature of Rootless Launcher, it’s not available by default and requires a sideload installation. Follow this link to download the “pixelbridge.apk” add-on file. Once it’s on your phone, here’s how to turn it on. 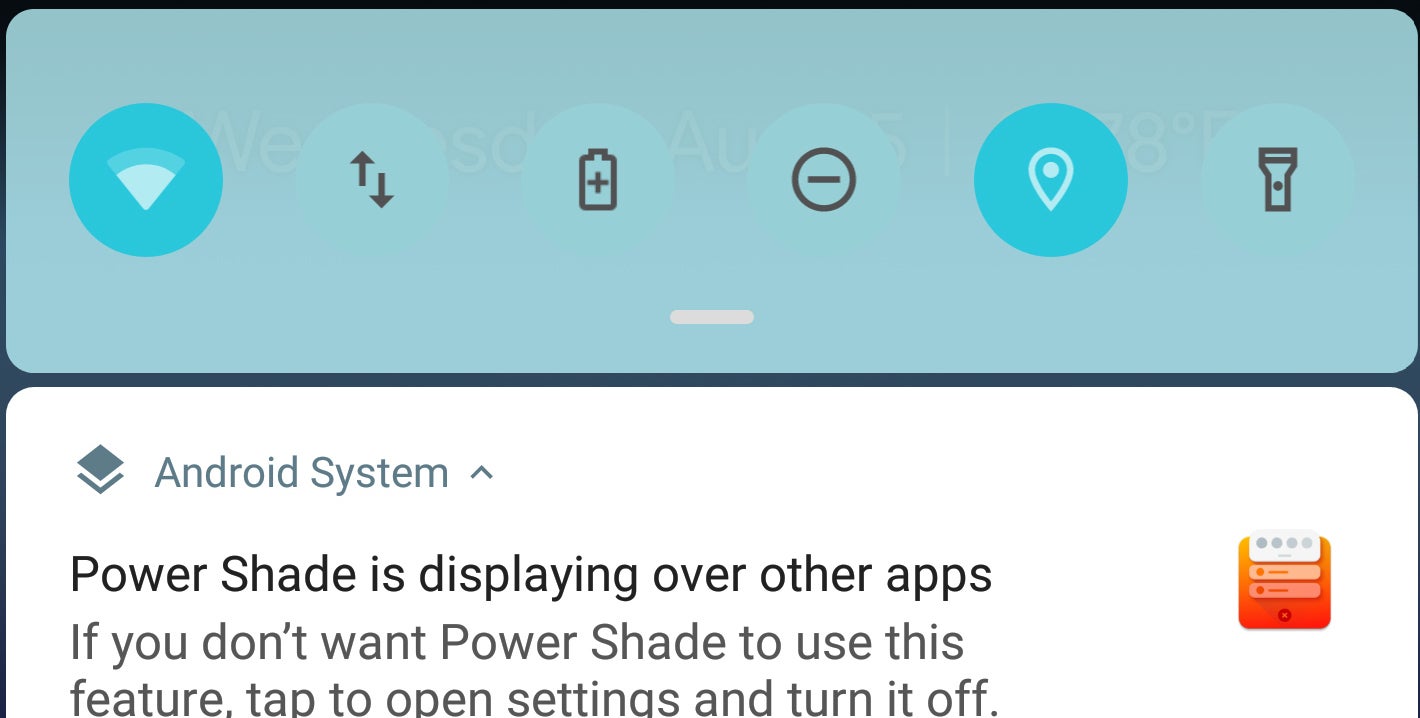 Finally, you’ll want to install Power Shade, which we’ve covered before. This app recreates the design for the quick settings menu and notifications found in Android Pie—though Power Shade offers much more flexibility and customisation than what the standard Android settings allow. Here’s how to set it up:

Once enabled, your notifications and quick settings menu will now default to the Android 9 Pie design. However, you can customise these new colour schemes, background images, layouts, and opacity levels in the app’s various settings. (Some of the more powerful changes will not be available without root access).