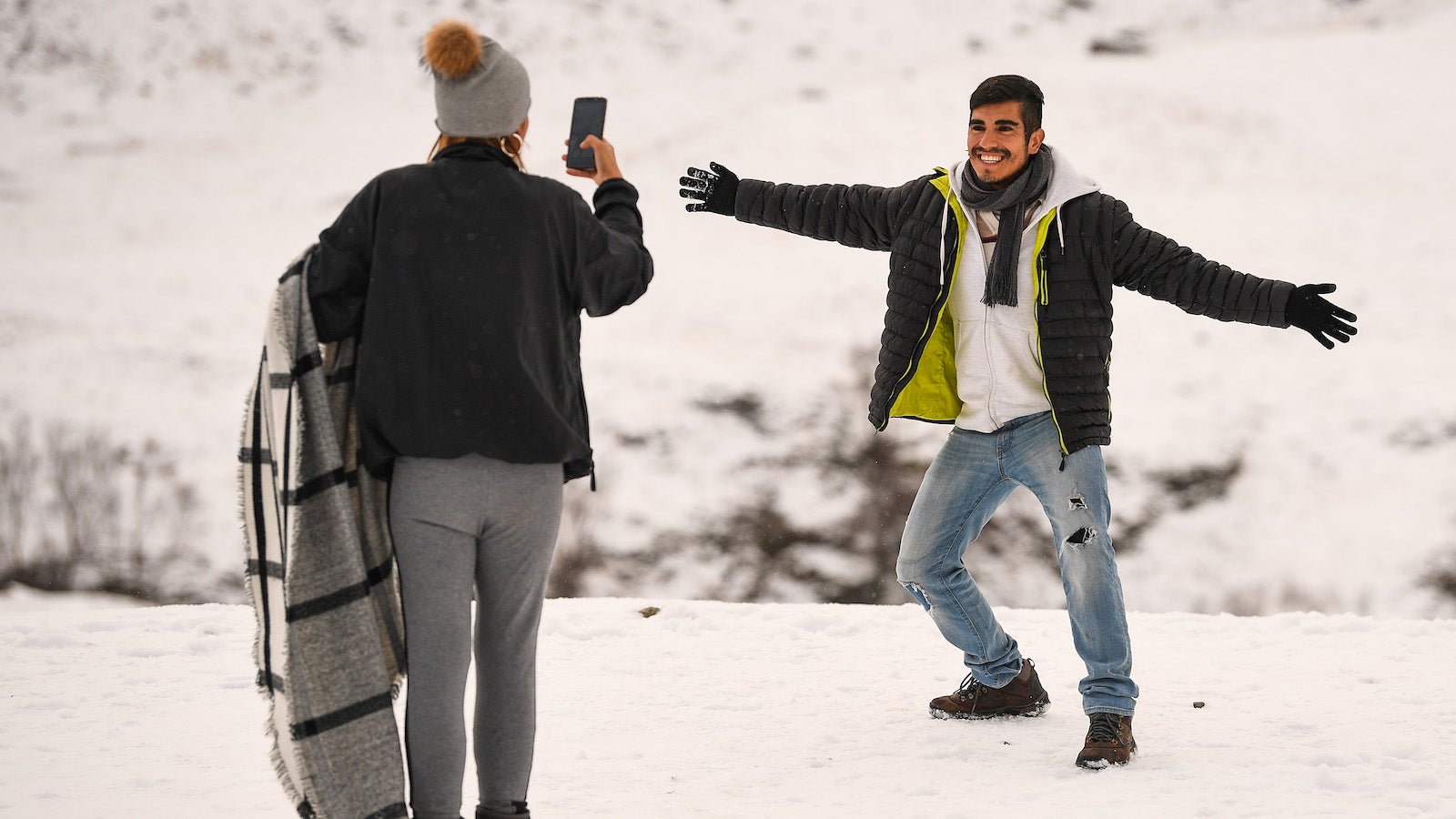 This seems as though it should be basic knowledge, but I can’t tell you the number of times I’ve asked someone to take my picture, handed them a phone, and then stood there frozen as they turn it towards me… and nothing happens. Are they taking a picture? Are they looking through my email? What’s going on over there?


Later, when I check the camera roll, there will be about 50 pics that look exactly the same except for the increasing anxiety in my eyes. Unfortunately, we seem to have abandoned the art of taking other people’s pictures.

I was reminded of my petty annoyance about this persistent issue when Redditor triple_verbosity posted this in r/LifeProTips:

When people ask you to take a picture of them on their phones, continuously snap photos of them while they get into position and begin posing. They’ll have a selection and end up with a better shot

This is a fun tip for getting candids, but it shows how disconnected we’ve gotten from how to take pictures of other people. You can get better photos with a little direction and a few adjustments. If you have a terrible photographer in your life, forward this post to them. If it don’t, you might be (probably are) the culprit. Here’s how to improve your flattering photography game.

I don’t know what happened to the countdown, but many seem to have abandoned the simple, “1, 2, 3!” that once traditionally came before snapping a pic. At the very least, this lets someone know the photo is actually happening so they can make their own choices.

A sneaky candid or two is fun, but when you don’t countdown, there’s always one person looking away, another person with their mouth open asking a question, and one camera ready queen stealing the show. Just give everyone this baseline moment to focus.

I can’t express my horror when someone crouches down to take a picture from underneath. That angle is flattering for Superman, and that’s about it. The rest of us spend our lives hiding the underside of our chins for good reason. Stand up and as jdr34d said in the comments:

Hold the camera higher than you think.

A photo taken from slightly higher will look better on almost everybody. Also, if you’re taking a photo of a group in a beautiful location, you’ll be more likely to actually capture some of it in the image.

Certain things look strange in pictures, but if you’ve never studied photography you don’t necessarily understand why. I’m not a professional photographer, but I worked as a photo assistant through university and after, so take my word for it when I say that cutting off people’s feet or the tops of their heads can make an image feel off-kilter.

Think of standard film shots: Close, medium and wide. Then, relate them to how tight you are on a person.

In a close shot, you might be focusing on the face and eyes, so cutting off a bit off the top of their head looks fine — though it would be considered an extreme close up. But the further away you get, the stranger it appears.

Conversely, in a wide shot, it will look better if you can get the full body — not most of the body, but the feet are out of the image.

Chin down, shoulders back

I don’t love every picture of me with good posture, but it sure helps. If you’ve ever gotten your photo taken professionally, you have probably encountered the advice, “Chin down, shoulders back.” People impulsively tilt their heads up, but that shows the underside of the chin (which as I’ve said before is bad). Standing up straight will also make you look more confident and present in your body.

Of course, how comfortable you are saying this to someone might depend on how well you know one another. But if they’re asking for direction or comments and you don’t know what to say, this is a good start.

It’s corny to take a goofy version of a pic, but much like the OP, I think saying that is a great time to get a few candids, especially of a group. People laugh at the idea of being goofy before they actually get goofy, and you’ll have more sincere smiles and action in the image if you snap a few before they change position.

In Los Angeles, hiking up to Griffith park is a bi-weekly obligation, and you will encounter tourists needing their picture taken every 3m. So, I have been putting this advice into practice.

When I have the time, I like to check in with whoever the camera phone owner is and see that they got what they need. They’ll usually say yes out of politeness no matter what, but in general, ask people if they want to change anything or do another take. One day, you might want your picture taken on a hill somewhere, so pay it forward.