game of thronesGoTsurvival
To sign up for our daily newsletter covering the latest news, hacks and reviews, head HERE. For a running feed of all our stories, follow us on Twitter HERE. Or you can bookmark the Lifehacker Australia homepage to visit whenever you need a fix.

By my calculations (that is, a quick Google search), I see that Game of Thrones Season 8 is about to premiere on Monday. It is, as basically everyone knows, mercifully in its FINAL season.

I am a GoT non-fan who is the wife/daughter/sister/friend of a vast legion of dedicated GoT-ers. I have managed to survive the first seven seasons, but I fear the final season may be my undoing. I came to this conclusion a few days ago when I received this picture text from my brother: 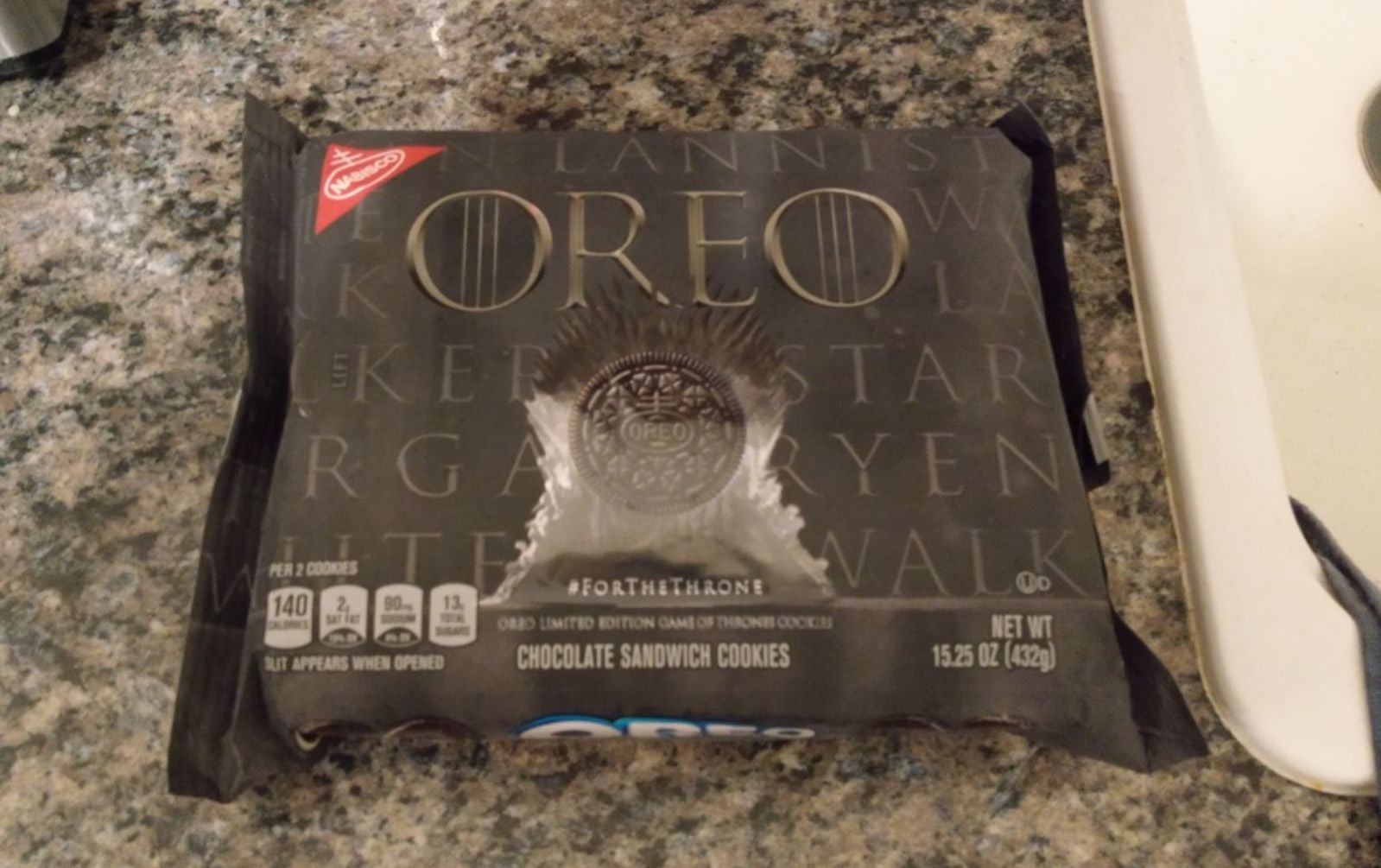 Guys… “Game of Thrones Oreos” are just Oreos. You know that, right? Or has all that violence and ridiculously large cast of characters finally taken its toll?

I tried to like GoT. Twice. On two separate occasions, I caved to peer pressure and sat down with my husband to watch the first two episodes of the first season. After the 57th time I asked, “Wait… who is that again and how does she know him and where are they going, exactly, and what the hell is a Dothraki?” we both had to admit that the show just isn’t for me.

Unfortunately, it seems to be the centre of the universe for basically everyone else, if my social media feeds are any indication. If you happen to be like me, you have to find a way to get through the next season of nonstop GoT hell.

Take solace in the short season

Yes, friends, winter is coming, but apparently the groundhog didn’t see his shadow because spring is coming early this year! The final season’s episodes are lengthier in time but shorter in number, which is a win for both fans and non-fans alike. I only have to scroll through six weeks of GoT-themed social media feeds, and that feels manageable.

I’ll start by dropping a few “Cersei is so badarse” comments into conversation — as soon as I figure out how to pronounce “Cersei”. She/he was probably in the episodes I saw, but honestly, it’s all a blur.

Binge on your own thing

I watched the first episode of Russian Doll the other day and was like, “These are worthy of saving for a special occasion.” That occasion has arrived. When my husband retreats into (*quickly Googles “where does GoT take place”*) Westeros, I will be watching poor Nadia relive the same day over and over.

If you aren’t a GoT fan and have been holding off on bingeing something else, now’s the time.

Be patient, be kind

Remember that your loved one is not typically some kind of deranged violence addict. No, no, it’s just a good story. Soon, this will all be over (after an additional month or two of final episode analysis, that is) and everything will go back to normal.