How To Run Diagnostics Tests On Your Smartphone

If you’ve never run a diagnostics test on your own smartphone, it’s worth doing — especially as your phone starts to show its age, or if you purchased a “new” smartphone secondhand and want to get a feel for its condition.

Diagnostic tools are also helpful for when your device becomes less efficient, but you can’t quite pin down why. Instead of using guesswork to troubleshoot the various features on your phone until you stumble on a solution, a diagnostics scan can highlight exactly what’s wrong with your phone, or at least provide enough data to point you in the right direction.

Unfortunately, finding the built-in diagnostics tools on Android smartphones and iPhones can be difficult, and some devices don’t even have very good diagnostic options to begin with (if at all). But you can always turn to third-party apps for help.

Most Android phones have a few simple diagnostics tools hidden in the OS, but they vary between devices. The tools are found by typing codes into your phone app’s dialer — kinda like inputting cheat codes in a video game. Type in the codes below, and the menus should automatically open. 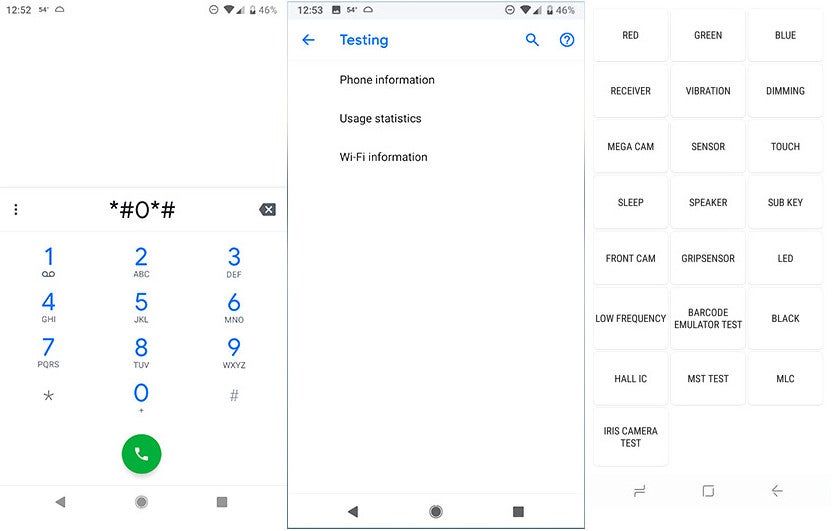 Here are the two main codes usable on most Android devices:

You don’t have to press the call button or anything else to open the hidden menus, they’ll just open automatically. If nothing happens when you type in the code, then your phone doesn’t have the feature.

Similarly, some devices don’t provide very helpful information, like the aforementioned Google Pixel (which relies on Google collecting diagnostic information from your phone in the background). If that’s the case, then jump on down to the next section for some recommendations for third-party diagnostics apps. 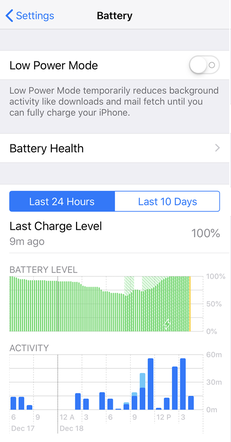 Apple is notorious for its products being “walled gardens,” which makes it hard for users to perform check-ups and DIY fixes for their devices. Unsurprisingly, you won’t find any built-in diagnostics tests that you can run on an iPhone.

That said, the iPhone settings do include detailed readouts on battery performance and history. To find this data, go to Settings & Battery.

You’ll find a number of different options and categories that contain your device’s battery performance data—but nothing else beyond that, unfortunately.

With limited options available in iOS, the only real option for running diagnostics on your iPhone or iPad is to use a third-party app. These apps are also helpful for Android phones that don’t have built-in diagnostics tools—or if you want a more detailed (and less cumbersome) way to test your phone’s hardware.

This app lets you run both quick appraisals and full hardware diagnostics on iPhone and Android devices. The full scan performs simple actions that test each of your phone’s major hardware functions, including the cameras; battery and charging; onboard sensors; and the performance of location, Bluetooth, and cellular connections.

Each test is simple, and the results are easy to read. If the scan detects something wrong, the app can give you recommendations for nearby repair shops. The only major downside to TestM is that it plays ads between each test, which is annoying. A premium, ad-free version can be unlocked for $25, but that’s a steep price. 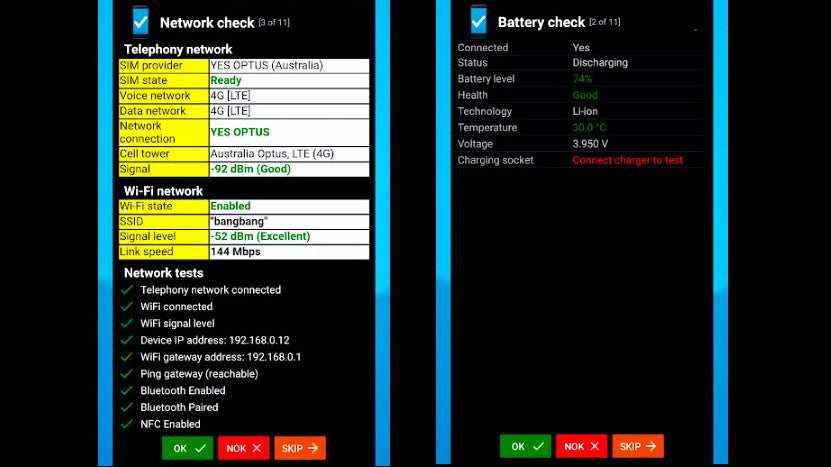 Phone Check and Test is a plain-looking app, but it’s capable of much more than just checking that your phone’s hardware “works.” A full scan includes deep CPU, storage, and battery diagnostics, and the test readouts are highly detailed. This makes Phone Check and Test a little less user-friendly than TestM, but it’s an excellent troubleshooting tool that provides you with tons of data.

While the free version does contain ads, they’re minimal, and you can upgrade to Plus for just $3 to remove them. The Plus version also adds a few more testing tools and lets you run standalone tests for each piece of hardware separately, which saves you time over a full system scan. 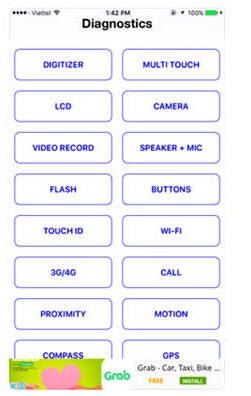 Like the TestM app for Android phone, Phone Diagnostics can be an ad-ridden mess at times, but hidden behind all that is a reliable set of hardware function tests. The full test takes you through all the major hardware features based on the iPhone model you’re using.

Unlike the other apps we’ve listed, Phone Diagnostics allows users to perform immediate standalone tests of any hardware function your iPhone carries without requiring a paid upgrade.