How To Revert Back To Twitter’s Old Design

Twitter has been rolling out its newest redesign for the desktop site over the past several months. The new layout has a more compact and streamlined look and adds in new features such as image editing tools and a bookmarked tweets tab.

Not everyone’s stoked on the changes, though, since the simpler design hides certain features and information behind other tabs and, according to anecdotal reports, seems to ignore certain personal settings and fills your timeline with an excess of tweets from people you don’t follow.

While the best solution would be to use a different web client, there’s a way to switch back to Twitter’s previous desktop layout if you’d rather stick with the main Twitter website.

Some users can manually enable the new layout by clicking on their Twitter profile icon and then selecting the “Try the new Twitter” option at the bottom of the menu bar. If you’re unimpressed with the changes, here’s how to revert back: 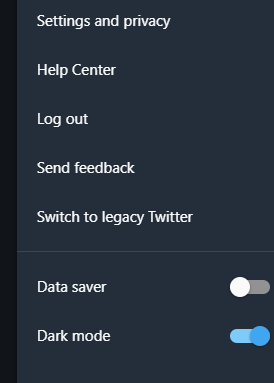 We should point out that Twitter has let users revert back to previous designs in the past, but the option has always been phased out and the old designs made unavailable. For now, you’re able to undo the changes, but we wouldn’t be surprised if the option was removed in the future once the company has finalised the new interface.