mac os xmicrosoftmicrosoft edgeweb browserswindows 10
Facebook may have decided that you shouldn’t see the news, but we think you deserve to be in the know with Lifehacker Australia’s content. To sign up for our daily newsletter covering the latest news, hacks and reviews, head HERE. For a running feed of all our stories, follow us on Twitter HERE. Or you can bookmark the Lifehacker Australia homepage to visit whenever you need a fix.

Microsoft has launched public testing for the newest version of its Edge web browser, which it built on top of Google’s “Chromium” open-source framework. Not only does this mean that Edge should (supposedly) work better with sites designed to modern web standards, but it also means that you’ll be able to run Chrome extensions in Edge—making the browser much more bearable than previous incarnations.

According to Microsoft, the new Edge will look pretty similar for existing users, though there are a few fun additions (support for synchronizing data across Edge instances, as well as the aforementioned extensions). Also, expect to encounter some bugs and other technical issues, as the new iteration of Edge is only available through two of Microsoft’s three beta build branches: “Dev,” which receives weekly updates, and “Canary,” which receives daily updates. 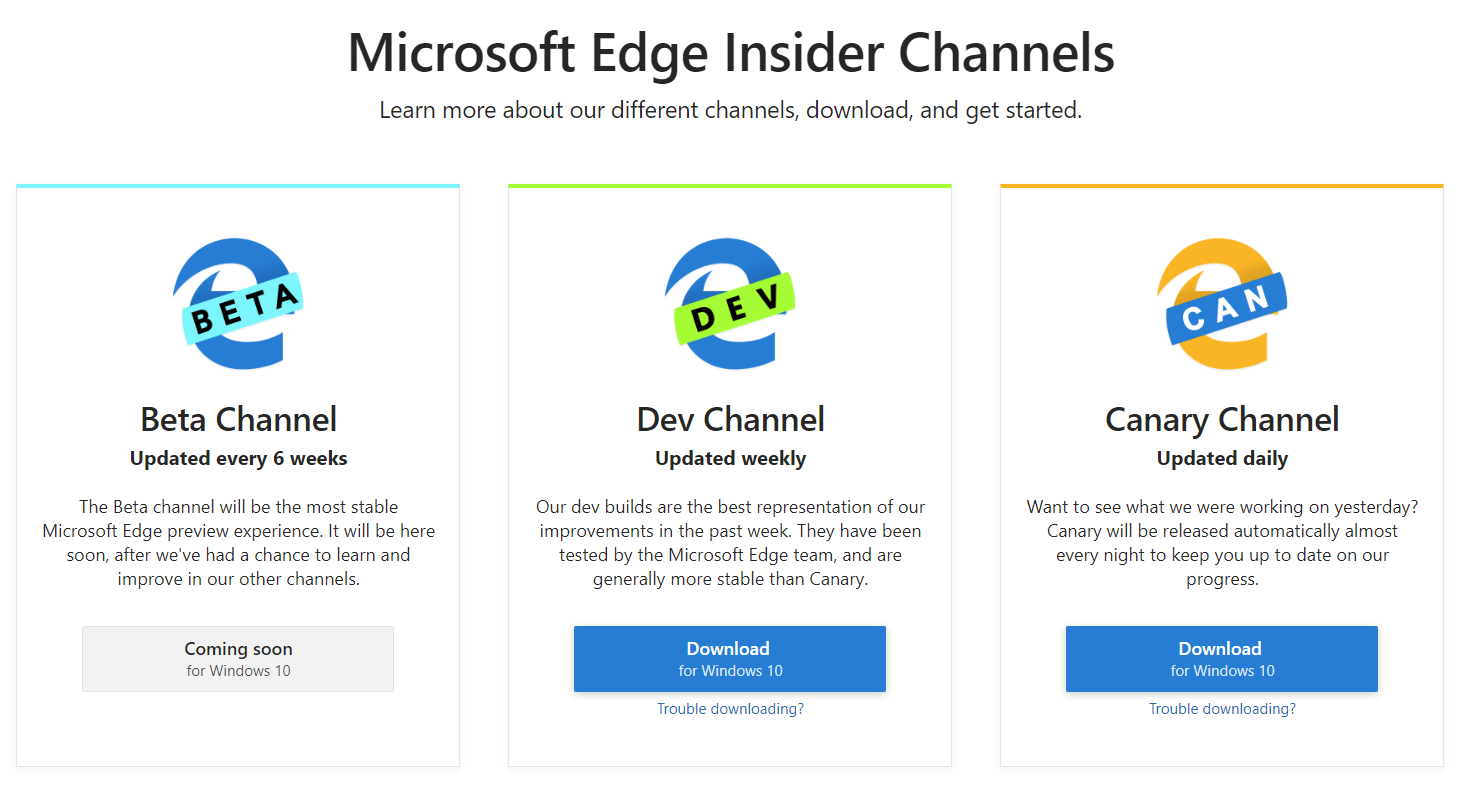 If you’re willing to ride the beta wave and give the new versions of Edge a try, you can download them through the Microsoft Edge Insider site. Click the button next to your desired build and download it. At the moment, the Chromium-Edge beta is only available on Windows 10 for now, though versions for Windows 7, 8, and 8.1 are “coming soon,” as is a version for macOS. You can sign up at Microsoft Edge Insider to get a reminder when your preferred version of the beta goes live.

If either build sounds too glitchy for your tastes, Microsoft says that more stable branches—including a “beta” version that receives updates every six weeks and an even less temperamental “Stable” branch—will be coming soon.