My neighbour’s cat Felix is one of the cutest, cuddliest fireballs I know. Unlike my last cat that would prefer I left her alone all day in my apartment/her castle, Felix is the exact opposite: he hates being left alone during the day. That means our pal Felix will sit at the front door and howl, anxiously awaiting his owner’s triumphant return, our in some cases will spend his day destroying whatever he can get his paws on as a public protest to his constant abandonment.

Relax My Cat is a website full of music and videos that aims to fix that, and after a week of use, Felix surprisingly gives it two paws up. I haven’t heard him screaming at the door all week.

With the site, you’re given access to a ton of cat-approved content, all of which is divided up into a number of different buckets based on what you’re trying to achieve. For instance, there are 6-hour playlists for playing while you’re at work that are supposed to help your cat sleep and another set of four-hour videos that are intended to help your feline friend with their separation anxiety.

There’s a channel for loud noises and thunder, music for your cat to groom themselves to, and a special kitten-only channel for the little ones. All of them can be played on an Apple or Roku in addition to things like your laptop or phone. 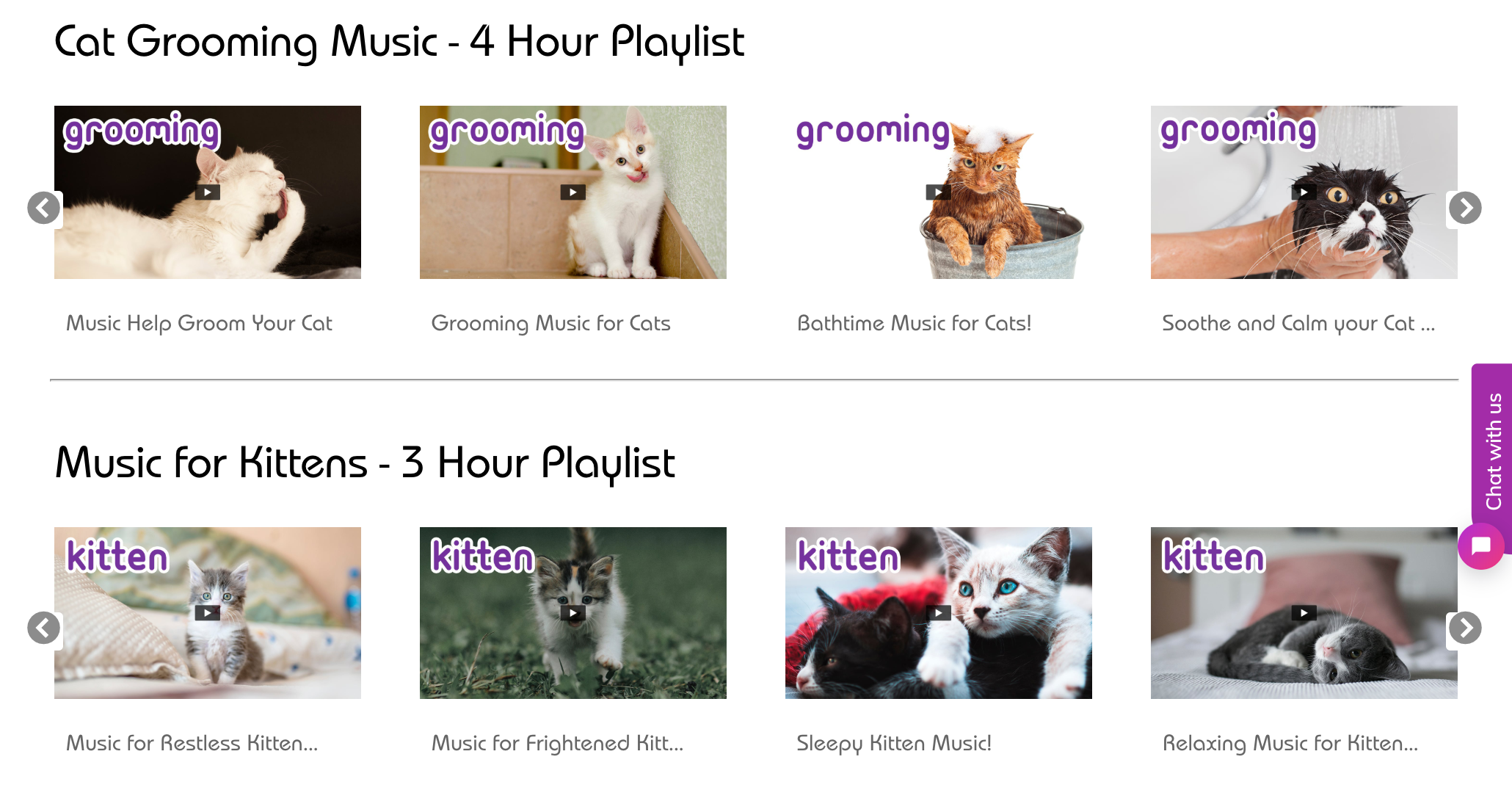 After going through a bunch of these, I can tell you most of them are essentially white noise. The anxiety music, for instance, is exactly what I would expect to hear playing at a spa or during a yoga or meditation class, the grooming music has a classical flair, and some of the sleeping music sounds like you’re out in a nice meadow surrounded by birds.

That said, all of the tunes on the site have been cat tested and approved, many over a six year period, and the site says that it improves life for 87 per cent of cats, which are great odds but don’t ensure that your furball will be one of them.

They’re also not free, but they are free to try out for a month. Monthly access to the library costs about $7, which isn’t a lot for the mental health of your cat and protecting your worldly possessions from its wrath, but it’s also not cheap.

Most of the music is generic enough that if you were able to find something that worked in that month, you could probably find something similar on YouTube to play on a loop after the free trial is done. They’re also human-friendly enough that you might find yourself using them to calm yourself down as well.