Budget Your Google Play Spending With This New In-App Setting

One of the best things about apps is their affordability. Often, mobile apps can do things that desktop or web-based software and service can, but at fractions of the price. Even in-app purchases and monthly subscriptions for premium versions of some apps are usually minuscule—often no more than a cup of coffee.

Those low prices can be deceiving, however, and impulse purchases add up. You can easily find yourself spending more than you meant to if you’re not vigilant.

To help users avoid overspending, Google is rolling out a new Google Play Store setting that lets users set budgets and keep track of how much they’re spending. Below, how to set it up: 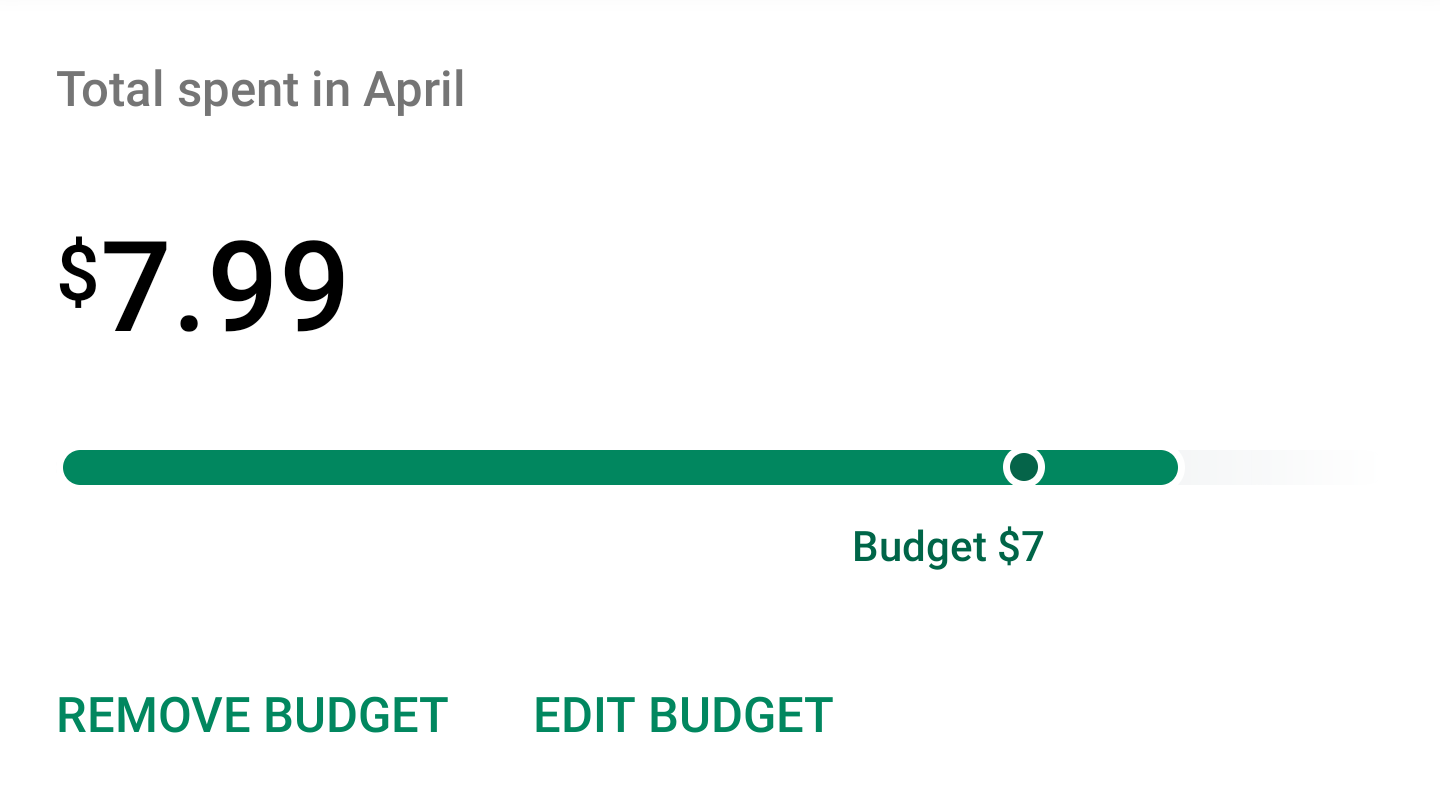 This is going to be helpful for those with strict spending limits, but there is one important catch: Google won’t prevent you from going over-budget. In fact, there seems to be minimal feedback given if you cross your limit, or even just start to get near it.

You can always see the progress in the settings, and purchases will display a yellow caution notification when purchasing something after over-spending, but that’s the most you’ll get. The only way to stop spending if you go over-budget is to cancel the transaction.

Still, for individuals trying to keep themselves honest about their spending habits, it’s a smart feature to use, and a good visual budgeting aid that will at least prevent mindlessly hitting “purchase.”