Australia’s Internet Speeds Are Getting Faster, Slower Than Everyone Else

Over the last year, Australia’s average fixed broadband speed has improved substantially from 28.3Mbps to 35.1Mbps according to the Ookla Global Speed index. Yet, over the last year, we’ve dropped from being the 50th ranked country in the world to 62nd – and there’s been a fall of three positions in just a month. So, while the NBN is making things faster, the rest of the world is striding past us.

The Ookla Speed Index collects data from the company’s Speedtest tool and allows us to compare the fixed and mobile broadband performance of different countries.

The rollout of the NBN, in its original FTTP form would not have placed us near the top of the rankings, or probably in the top 20. Japan is currently raked 20th with an average download speed of 96.62Mbps. The rankings are headed by Singapore (199.62Mbps) and Hong Kong (168.69Mbps).

The global average download speed is currently 57.91Mbps with the uploads averaging at 28.68Mbps. 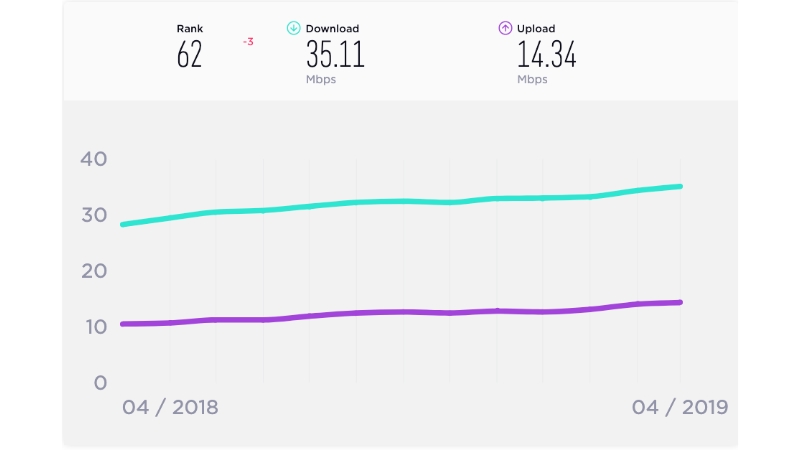 The country that most mimics our population and geography, Canada, is kicking our arses with downloads at 114.72Mbps and uploads reaching 43.09Mbps. It is currently ranked 12th in the world, falling by one position this month. 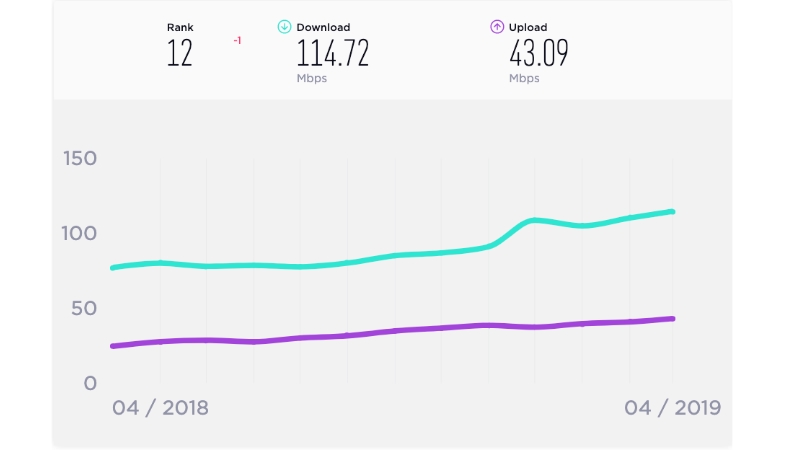 It would be easy to bag out NBNCo for our falling position but they are delivering on a set of constraints created by government policy. However, it is trying to make things better across the board by making it less economically viable for RSPs to offer slower 12Mbps connections and creating a sweet spot around 50Mbps services.

But despite encouraging people to access faster services, other countries are improving performance faster than we are.

But if we’re serious about fast broadband in Australia, then we really need to deal with the “last mile” problem. The multi-technology mix means that even so-called 100Mbps plans area only rated to offer about 80-90% of that potential performance. And many people can’t even get that as RSPs won’t offer connections unless they can be sure they can deliver.

Fast internet is not the endgame. The real endgame is what fast broadband enables. When we talk about innovation and development we need an environment that enables the things to happen. Fast broadband is a part of that.

Australia is at a disadvantage compared to many other countries. We are a long way from the commercial hubs of Europe and the United States. And our neighbours in Asia are way ahead of us.

Fast internet access makes the globe smaller. But if connectivity is faster in other parts of the world, then they become more attractive to investors and entrepreneurs. That means investment dollars that could come to Australia will go elsewhere and local people will move to countries that are more supportive to their needs.