What’s So Terrible About Palm Oil?

If you haven’t heard of palm oil yet, it shouldn’t be all that unfamiliar. In fact, there’s a good chance it’s hiding in your cupboards and freezer aisles and in multiple forms, too (it’s often used in peanut butter and ice cream, for one). Palm oil is even used for a multitude of non-food purposes, like in soap and making crude oil, which is much less appetising.

Palm oil is everywhere, and the mass market for palm oil has created a demand that destroys the environment. Just this week, there were reports of an endangered Orangutan that was shot some 74 times with an air gun, the result of palm oil manufacturers encroaching upon their territory.

The production of palm oil itself obliterates lands and often relies on child labour, and while we cannot change how it’s made, we can change our buying habits as consumers—and surprisingly, the trick isn’t to stop using palm oil entirely (we’ll get to that in a minute).

First, let’s dive into details about the devastating effects of palm oil’s presence in our kitchens and bathrooms, and why we use it to begin with.

The Dummies' Guide To Climate Change

The world is warming. There’s no longer any doubt of that. With a new report breaking down exactly how screwed we are, it’s time to back up and talk about the basics of the situation we’re in.

So what is palm oil?

Put into the simplest of terms, it’s an edible vegetable oil derived from the fruit of palm oil trees. You won’t find these trees locally in the U.S., as they often thrive in the balmy environments of tropical rainforests.

As the World Wildlife Federation notes, 85 per cent of the global supply of palm oil comes from Indonesia and Malaysia, though at least 42 other countries also produce the oil.

What else is it used in?

Take a look at your refrigerator right now. Now take a seat on the floor and curl into a fetal position because what you’re going to hear isn’t great news—you probably have tons of palm oil and don’t even know it.

How To Zero-Waste Grocery Shop

With the rise of zero-waste grocery stores, it’s now easier than ever to reduce your environmental impact when shopping for food. But what exactly is “zero waste”, you ask?

To begin with, palm oil is a very popular cooking oil, particularly in Asian and African countries. You’re less likely to find it used for that purpose in the U.S. As mentioned, its other major use comes in the form of aiding in the production of biodiesel or fuel for diesel cars, made in part by vegetable oil.

Now, while you may not cook or drive with it, here are a few examples of products palm oil is used in, according to the WWF:

So, unfortunately, you may not be able to avoid it entirely. And often, it’s hiding in plain sight. Palm oil and its derivatives are typically disguised as different, incredibly long names on labels. Here are just a few, as Treehugger writes:

And unbelievably, that’s just the shortlist of nicknames.

Well, why do we even use palm oil?

It’s efficient. In fact, it’s considered the most efficient and versatile of vegetable oils on the market for a number of reasons. For one, a palm oil tree can be harvested of its fruit all-year-round and actually requires less land than sunflower crops (used to make canola oil).

It also produces a number of benefits for consumers, too. Palm oil can give products a longer shelf-life, can also sustain high temperatures, and is both odourless and colorless, so it won’t change the product it’s incorporated into. 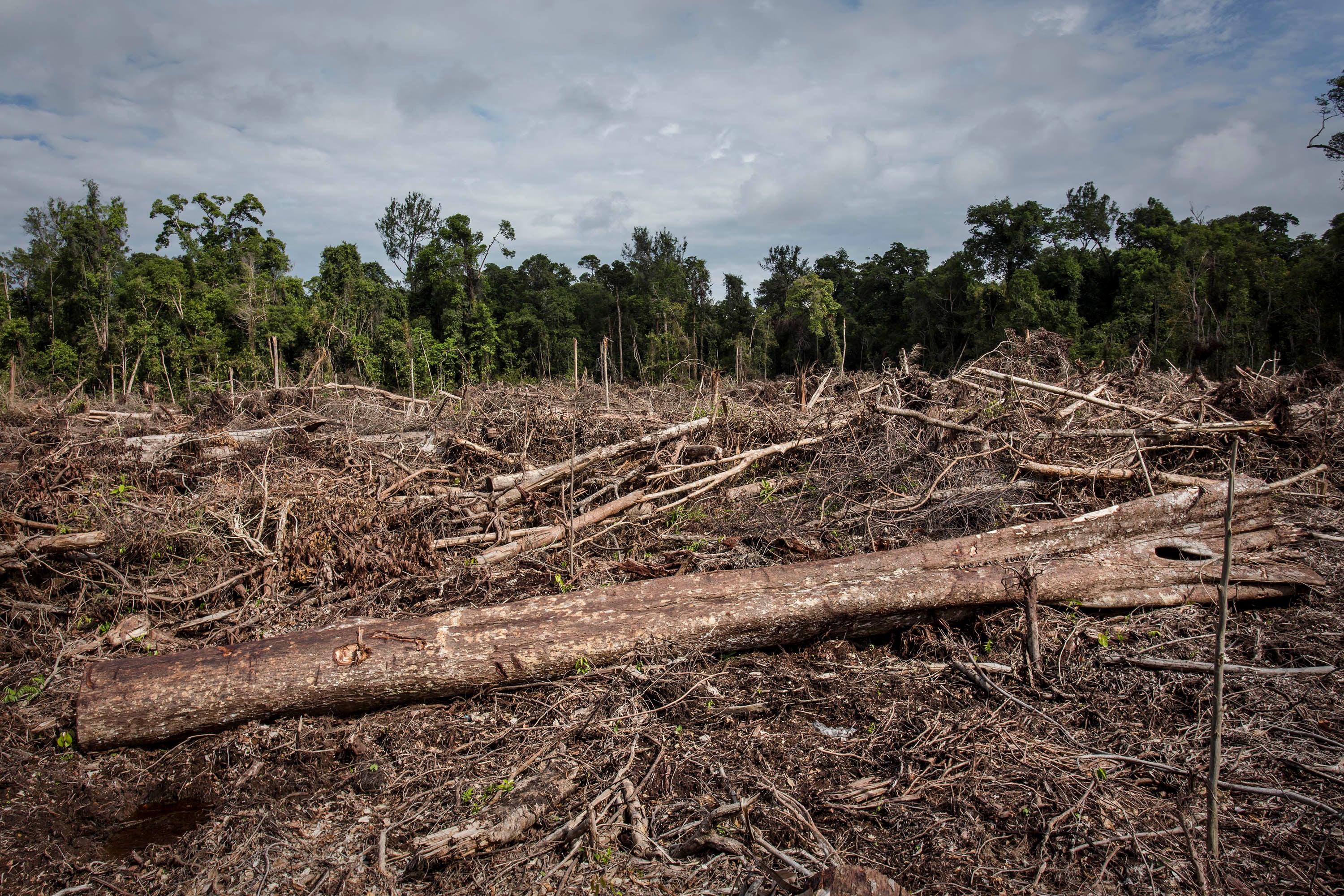 Is palm oil really that bad?

Sadly, yes. Palm oil is partially responsible for the rapid deforestation in areas in Indonesia and Malaysia (the enormous demand has stimulated competition among new oil palm manufacturers and a few existing landowners who are mainstays in the oil palm industry), which isn’t great for carbon emissions and climate change, either. And nutrient-rich soil is often compromised due to deforestation and gets washed away without being anchored to any trees.

And think about every species affected by the wreckage of a single acre in a small, thriving ecosystem. Palm oil is often cited as the primary cause of the mass die-off of orangutans, who’ve shrunk from a population of 350,000 in 1990 to an estimated 50,000 (and with little chance of survival).

Recently, issues of child labour have also arisen with a number of palm oil producers relying on children as young as eight as part of their workforce. Workers are also plagued by issues of long hours, large targets, severe injuries, and low pay (as little as $US2.50 each day).

I’m throwing out all my palm oil now. What else can I do?

Is there a clear solution to fixing the problem of palm oil? Not entirely, if we’re being honest. If you choose to curb your use of palm oil, that will only unleash another set of problems (if we choose to rely on sunflower crops and canola oil, for instance, they will require even more land—at least four to 10 times more. And palm oil requires fewer pesticides and fertilisers). A number of environmentalists agree that given the higher productivity of palm oil trees over alternatives, it’s not worth giving up completely. It’s also an important industry for local farmers and emerging economies in nations like Indonesia.

But, of course, the problem of environmental degradation, terrible labour conditions, child labour are still irredeemable. So instead of boycotting palm oil, the best solution seems to be to find sustainable palm oil, which should incentivise producers to make the conversion to better practices. But even this is still difficult.

But because nothing is ever that simple, even the RSPO has recently come under fire, with many questioning the supposed sustainability practices of certified producers (and during an online search of RSPO-approved products, some confusingly have neither a label or sticker). Again, there’s really no clear answer.

Instead, you more easily find an RSPO-approved brand by checking the score of brands you support, over deciphering each and every label (brands like Dunkin’ Doughnuts and McDonald’s are considered very sustainable, meaning both companies used and bought palm oil only from those producers who are considered ‘sustainable’). 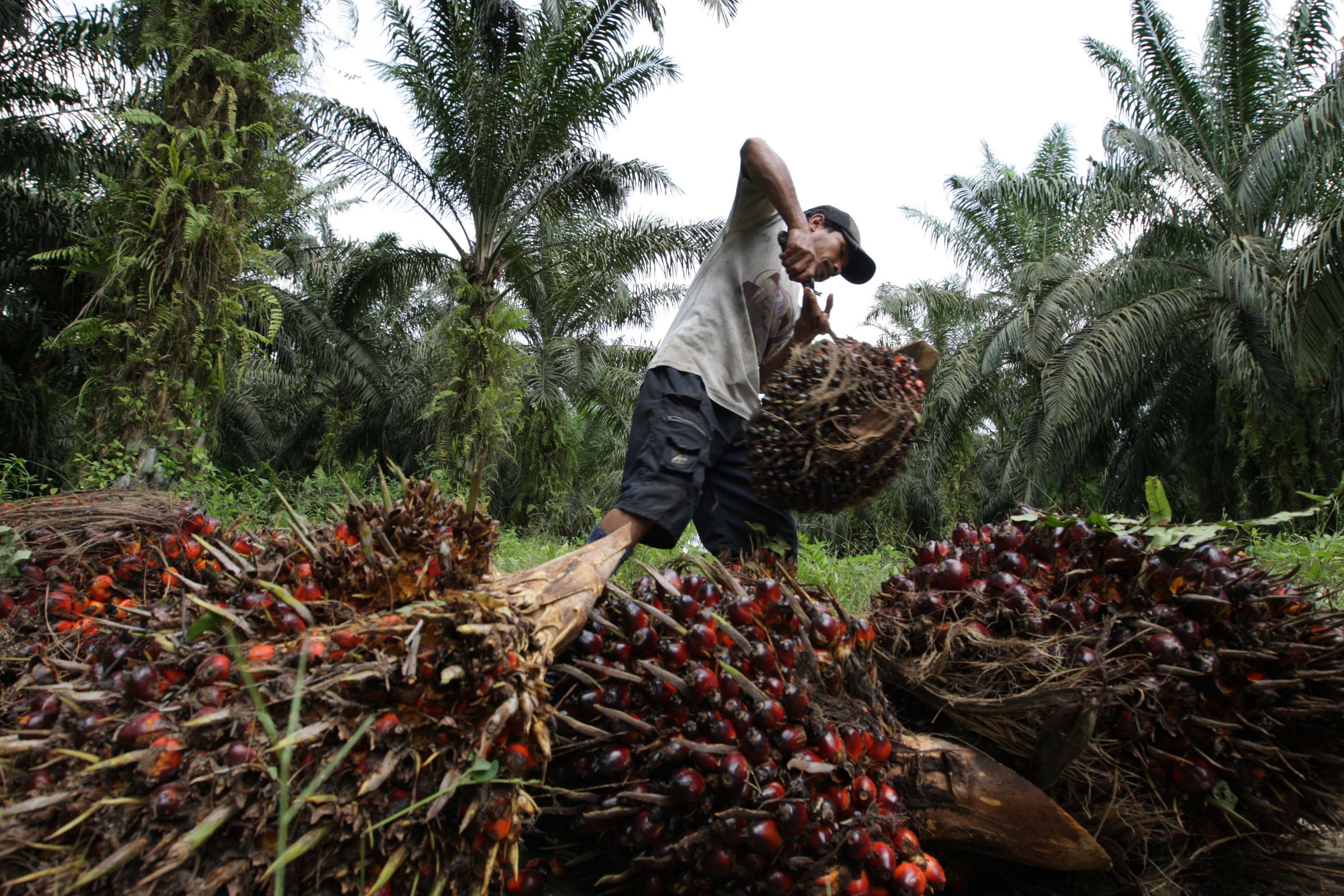 So what should I do?

While there’s no singular action you can take, sometimes, the best solution is a simply relying on sustainably (and ethically) grown products and trying to shop better. If we can force businesses to recognise the value of sustainability through our buying habits, hopefully, that can initiate change. You can also reach out to major brands, whether via tweet or email, to let them know that you want products that incorporate responsibly sourced palm oil, if they aren’t using it already.

If you want to use a little less palm oil in your life, here’s a helpful guide created by Palm Oil Investigations, who have compiled a list of brands that either use or avoid palm oil in their products. All Whole Foods 365 products are also exclusively made using sustainable palm oil, according to the chain’s website. That said, you should know giving up palm oil entirely is a near impossible task. Under its various names, you’ll run into problems at some point (if for no other reason than that reading every single label is exhausting).

You can also try downloading CodeCheck. It’s an app that’ll scan all your products for palm oil in them (even with any curiously long, scientific nicknames).