Early this morning, Apple announced the launch of its new streaming game and TV services. Apple Arcade and Apple TV+ will deliver streaming content to keep us entertained and signals Apple’s shift into the services business and the beginning of a change in how it cooperates with third parties. Here’s what you need to know.

What is Apple TV+?

The new service will be accessible through an updated TV app on iOS devices that will also integrate other streaming services. The announcement this morning was, unsurprisingly, very USA-focussed with HBO, SHOWTIME and Starz noted as partners. The app will offer suggestions for shows and movies from over 150 streaming apps, including Amazon Prime and Hulu, as well as pay-TV services although no Australian services were mentioned during the launch. 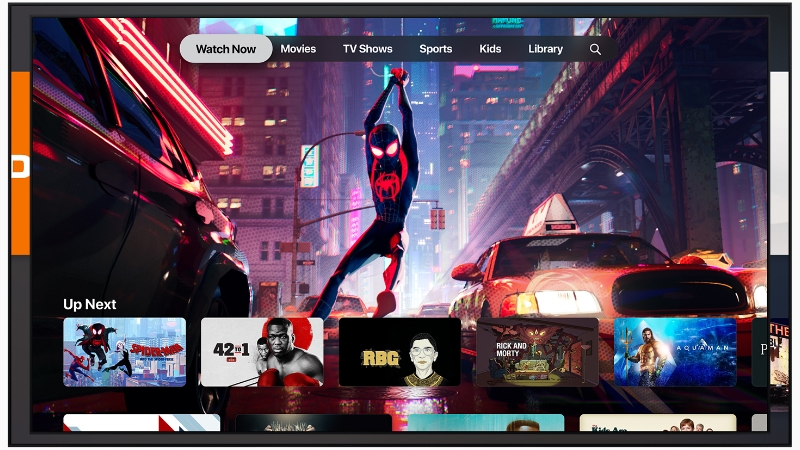 The service kicks off in May providing users with a single app for accessing a number of subscription SVOD services as well as TV catch up services and Apple’s existing iTunes-based movies and TV show purchase and rental service.

Pricing and local availability for the Apple TV+ video subscription service will be announced over the coming weeks (during the northern Spring) as will the update to the TV app.

The Apple TV app will be available on Samsung smart TVs beginning this spring and on Amazon Fire TV, LG, Roku, Sony and VIZIO platforms in the future. And those smart TVs will also get AirPlay 2 support.

What is Apple Arcade?

Hot on the heels of the announcement of Google’s Stadia, Apple has announced Apple Arcade, a game subscription service that will feature over 100 new and exclusive games, including original releases from creators such as Hironobu Sakaguchi, Ken Wong, Will Wright and dozens more. Development companies including Annapurna Interactive, Bossa Studios, Cartoon Network, Finji, Giant Squid, Klei Entertainment, Konami, LEGO, Mistwalker Corporation, SEGA, Snowman and ustwo games will be there as well. 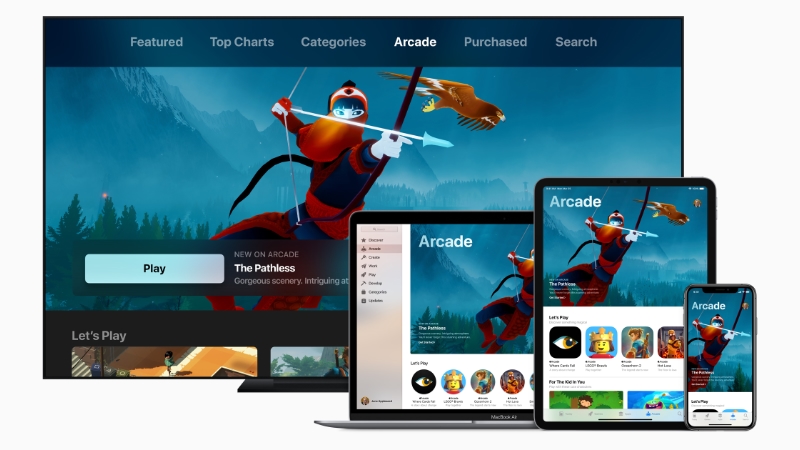 Apple says it will curate the Apple Arcade games with customers having the freedom to try any game from its handpicked collection of titles that are all-you-can-play, have no ads, ad tracking or additional purchases, and respect user privacy.

Apple is also contributing to the development costs and working closely with creators to give the platform a boost.

Rather than pay up front for each game, a subscription to Apple Arcade will give players the opportunity to try any game in the service. Since every game includes access to the full experience, including all game features, content and future updates, no additional purchases will be required. Every game will be playable offline, and many games will offer support for game controllers.

If you start a game on one device, you’ll be able to continue from another as Apple’s Coninuity feature will be replicated in the platform with support for iPhone, iPad, Mac and Apple TV gaming.

Apple Arcade will launch in Autumn 2019 in more than 150 countries from a new tab on the App Store across iOS, macOS and tvOS.

Apple will need to step up its cloud game

Apple’s reputation for delivering reliable streaming services has not been great. Long-time Mac users will remember the pain associated with various iterations of its .Mac, MobileMe and iCloud services, with terrible latency and unreliable performance an often complained about “feature”.

With video, waiting a moment or two for a stream to start might be tolerable but when it comes to gaming, latency and comms dropouts are feared more than any heavily armed boss or well-armed enemy.

If Apple doesn’t get this right from Day One – Apple Arcade will be screwed.

Apple’s ‘war chest’ is coming out to play

Over the last few years, Apple has accumulated a massive cash balance that could pay the national debt of many of the world’s largest economies. It’s accepted that Apple is planning to spend US$2B on content for its streaming services this year.

It can buy content for other creators and invest in its own development at a rate that could quickly dwarf the ability for the others to not only create shows but pay the talent they want to create and feature in those TV shows and movies.

With Disney Corp now owning a massive slice of the movie and TV industry through their recent acquisitions, and its plans to launch Disney+ later this year in the US (we can expect it to arrive locally next year), Apple’s announcement conspicuously omitted the House of Mouse.

During his time away from Apple in the 1990s, Steve Jobs invested in an interesting animation studio called Pixar. When Disney acquired Pixar, it made Steve Jobs a board member, cementing a relationship.

I’d not be surprised to see Disney and Appel announce something in the near future – probably an integration of Disney+ onto Apple’s TV+ app and service.

At this stage, it will only be available in the US and Canada,