Attempt To Make Sense Of Brexit With These Flowcharts

Today is a big day for Brexit negotiations. Members of Parliament are debating the “No Deal” exit, a plan that would have the UK leave the EU on March 29th with no formal organisation or coordination whatsoever between the two entities. Should this happen, it would almost certainly cause economic chaos in not only the United Kingdom and Europe, but around the world.

Unfortunately, if you’re not quite fluent in British parliamentary proceedings, it can be extremely difficult to keep up with Brexit. For those of us who need the simplest possible explanation, the BBC has created a series of helpful flowcharts to answer all — or most — of our questions. This one lays out the possible outcomes from today’s vote: 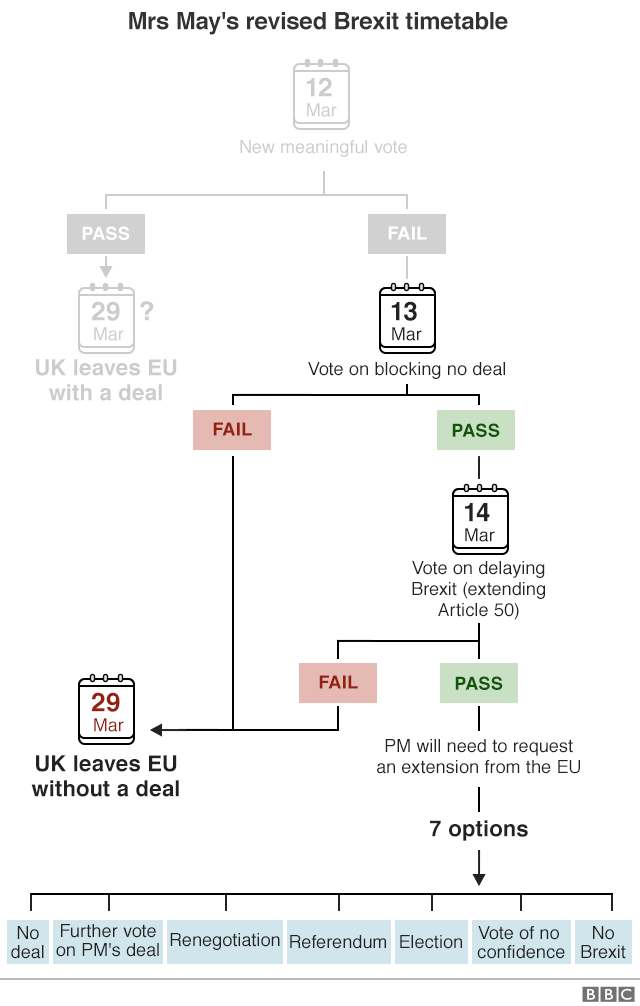 Basically, if Parliament blocks a “No Deal” exit today, tomorrow they’ll have to vote on delaying Brexit proceedings until an agreement can be worked out with the EU. But if they vote for No Deal today or against a delay tomorrow, the UK will be out of the EU by March 29th with no deal in place.

Should Parliament manage to block a No Deal exit and delay negotiations, there are no fewer than seven possible Brexit scenarios to contend with — but don’t worry, there are flowcharts for those, too.