This Viral Pineapple Hack Has Some Issues

At this point in my life and career, I feel I have a handle on how to peel and eat fruit, but every once in a while I’m surprised by an approach I had not previously considered (like peeling a mango with a pint glass, which works very well). I am not, however, impressed with the technique shown in this viral tweet.

Im sorry but what the actual fuck ???? pic.twitter.com/DYaDoGMe7i

For one, I am not convinced some pre-slicing did not occur. When the disembodied hand goes to pull off a neat little segment of golden fruit, you can see other segments lift up with it which, to me, is indicative of shenanigans.

But I still wanted to give it a try, so I bought a ripe pineapple, lopped off its top, and dug my double-jointed thumbs in. It did not work. As you can see from our head image, I was only able to pull off small bits of skin, with only the saddest wisps of fruit attached. Just to make sure I wasn’t “doing it wrong” I looked for other videos, and found one that showed the technique being performed with moderate (more realistic) success.

I LIED IT WORKS pic.twitter.com/nxGc1l2fsQ

Though it technically “worked,” Twitter user Mia did note that it was very messy, and that it took “some finessing.” (I have a suspicion that long nails also helps here.) I decided to try my pineapple again, and managed — after gently prodding with my thumb in several spots before really digging in — to get a small chunk. (Juice went everywhere.) 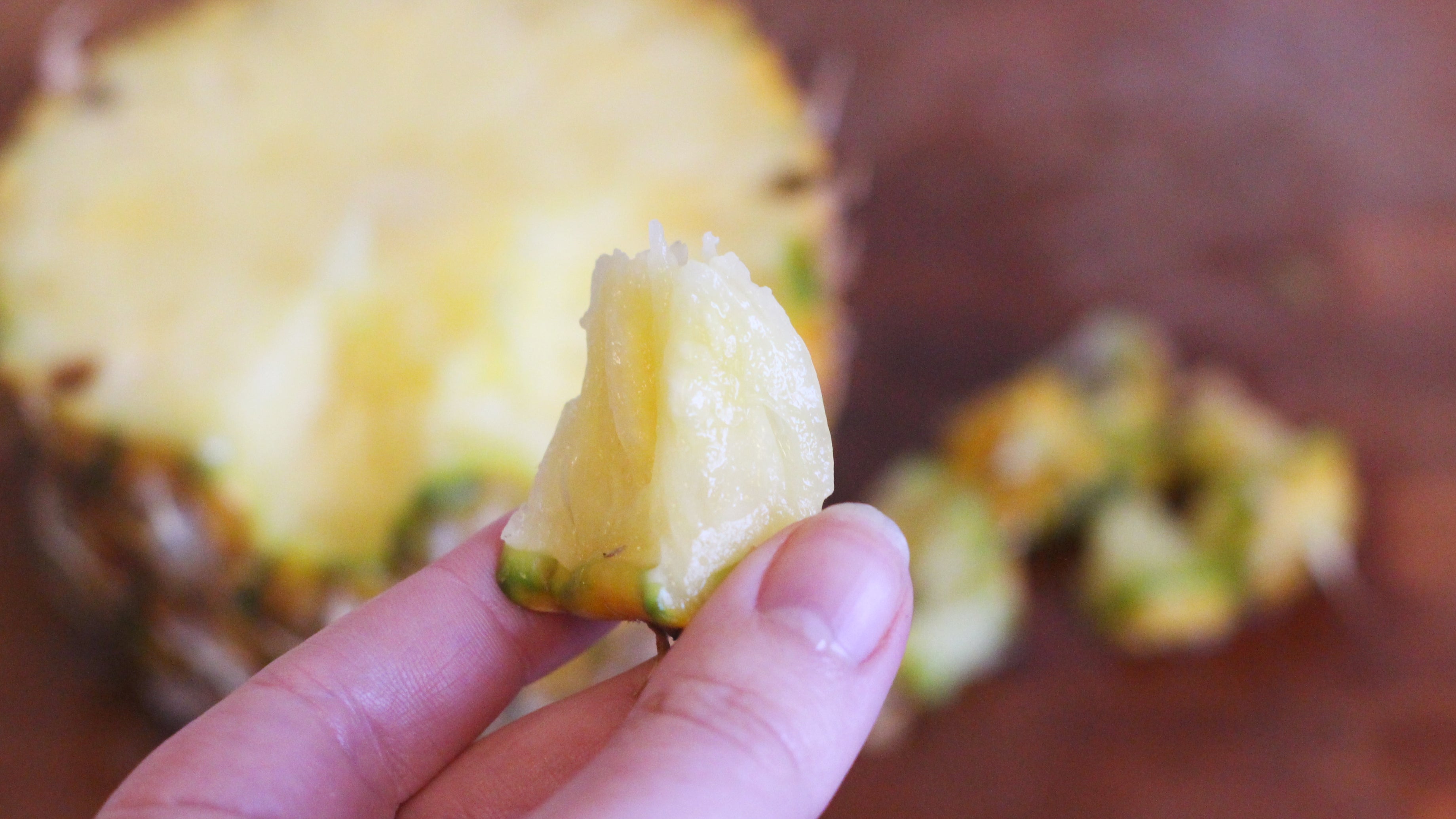 I suspect that this is easier to do with a super ripe pineapple, but that also ignores the fact that is a messy way to eat this juicy fruit, and the fact that it takes “finessing” means it is not an easier, simpler, or more streamlined way to do things. It’s also not great for sharing, nor would it be a good way to serve it to a group of people.

Several hands of unknown levels of cleanliness reaching into and pulling apart a pineapple, one segment at a time is unhygienic, inefficient, and ridiculous, especially when you consider that we are the only species with knives. Therefore, it is my professional opinion that this is not a good hack but is, in fact, wack.