do it rockapellagaminggeographygoogleretro
Facebook may have decided that you shouldn’t see the news, but we think you deserve to be in the know with Lifehacker Australia’s content. To sign up for our daily newsletter covering the latest news, hacks and reviews, head HERE. For a running feed of all our stories, follow us on Twitter HERE. Or you can bookmark the Lifehacker Australia homepage to visit whenever you need a fix.

I have always had room in my heart for the old-school “edutainment” Carmen Sandiego games, because they taught me a decent bit about geography as a kid. I also loved the awesome television show (with the awesome theme song), although I’m pretty sure I had nightmares about being on the show and getting stuck with an incredibly difficult continent in the grand finale, like Africa.

If you’re a fan of the new Netflix take on the Carmen Sandiego franchise — great animation, but still missing that catchy Rockapella riff — you can now try to catch the master thief (of thieves) yourself. Fire up the first game that Google has built in partnership with Houghton Mifflin Harcourt via Google Earth on the web or the service’s Android or iOS apps.

(If you’re using the latter two, you’ll want to look for the little Carmen Sandiego icon at the bottom of the app.)

While Google’s game is fun and pays homage to the old edutainment titles with its witness-questioning and globetrotting aspects, it’s not quite the perfect Carmen Sandiego experience I wish I could have. For example, there aren’t any sound effects, so you won’t hear the clap clap clap clap of your shoes as you pull a Sherlock in new locations.

To remedy that, I recommend opening up this site and letting it play in the background while you do your detective work. You’ll feel a little better, I promise.

I love how the game zooms you around the actual world, rather than the crude art of the educational titles that’s supposed to represent the various landmarks you’re visiting. The satellite images give a good, real-world approximation of what you’re looking at and how big it is, as well as the added context of showing you where the landmark actually is within whatever cities you’re visiting.

If you’re not much of an international traveller, it’s always fun to realise that some of the destinations you idolized since childhood are right next to a Starbucks (or Pizza Hut). 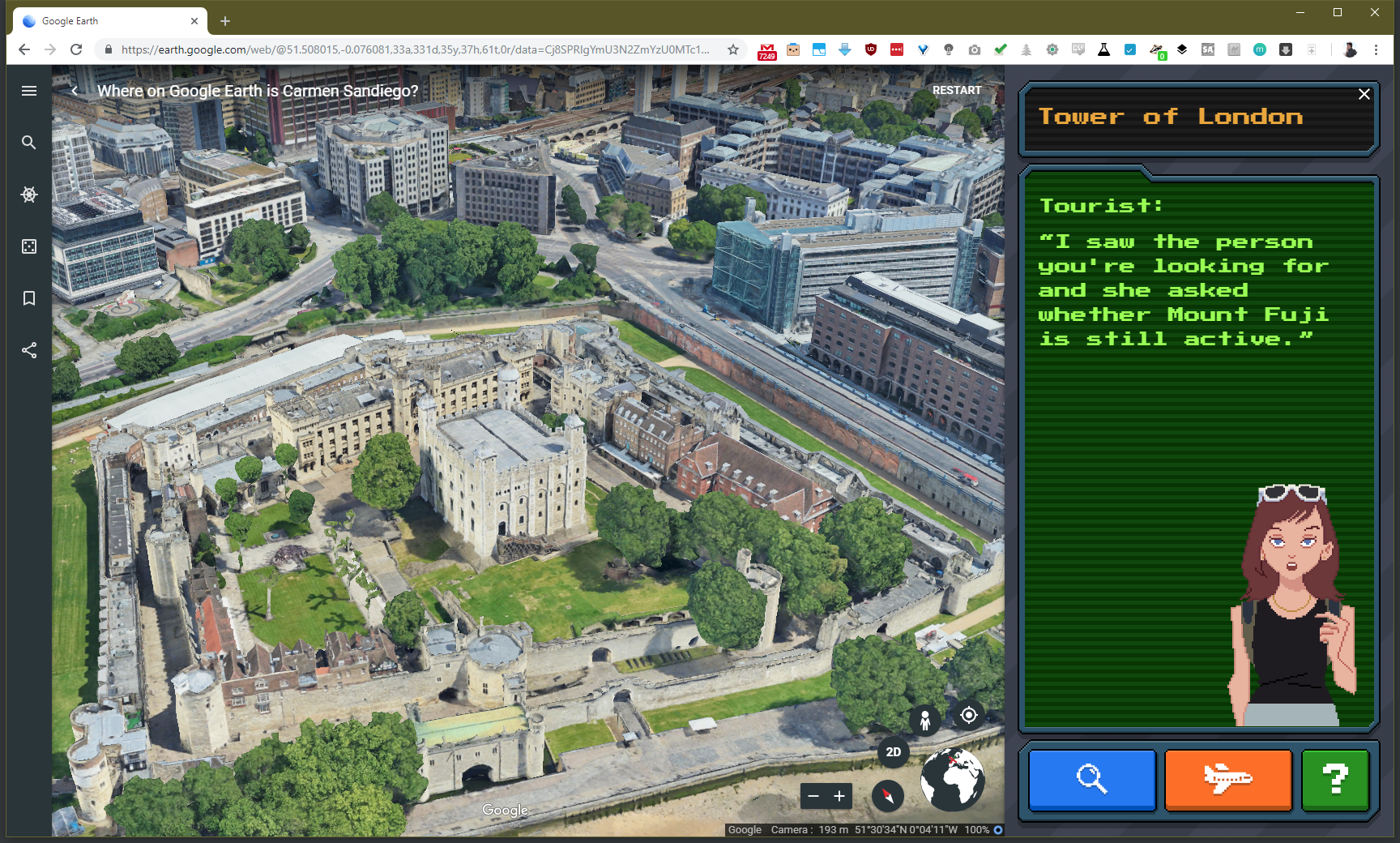