Spend Your Ubisoft ‘Club Units’ Before They Expire This Month

There are so many digital currencies and rewards systems, it can be tricky to remember how much you have stored up where, especially if you’re like me and like saving up your virtual points/coins/doodads for something good. (I’ll use my credit card reward points someday, I promise.)

At least, that’s the problem I’ve had with services such as Ubisoft’s Uplay, which rewards you with “Club Units” — the least sexy way to say “coins” I’ve ever seen — when you accomplish various tasks and challenge within Ubisoft games.

These Club Units allow you to purchase what I’m calling “lesser DLC”, which is to say you can use them to outfit your game’s character with new weapons or cosmetic gear, unlock vehicles for you to drive around in or new maps to play on, download new quests or music, and so on. 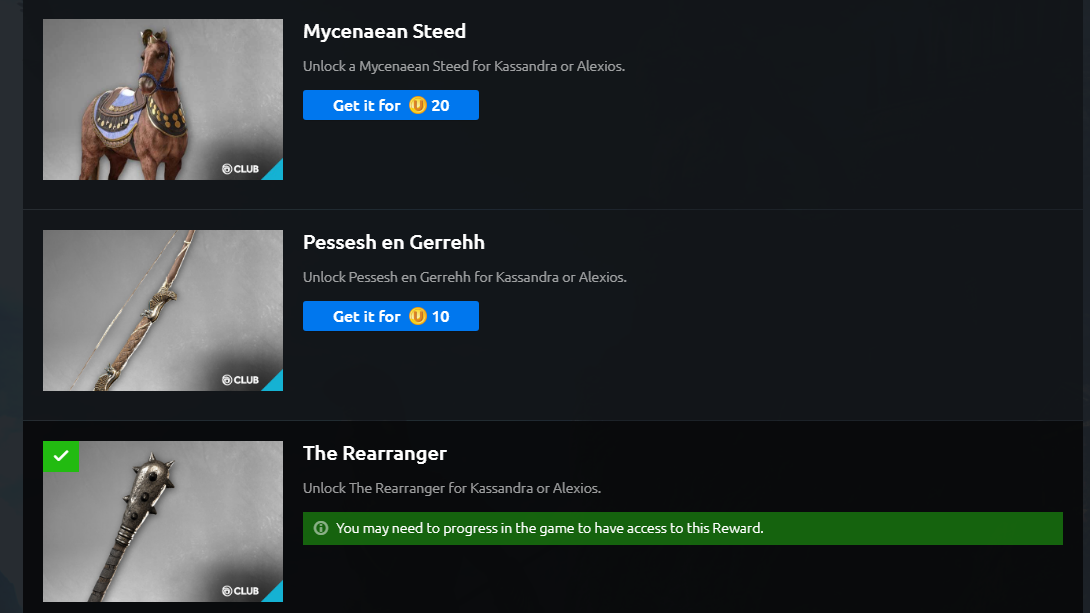 Who needs horse armour when you can buy a new horse? (Screenshot: David Murphy)

You aren’t going to fundamentally change your game with any of these purchases, but they will allow you to get a little leg up with whatever you’re doing. Simple stuff. Now, imagine my surprise when I received an email from Ubisoft the other day, alerting me that I had a mere 10 days to spend half of my stash of Club Units before they expired. Argh. 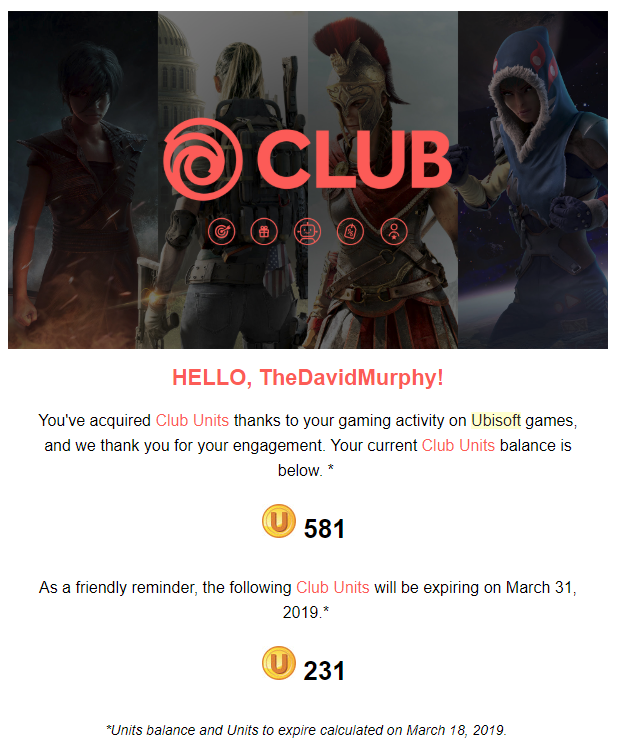 As it turns out, Ubisoft made some sweeping changes to its rewards system back in late 2018. Previously, this artificial digital currency had no expiration dates whatsoever. You could keep your Club Units for as long as you wanted and build up your digital vault, only spending a handful of points here and there when you felt like it.

Now, these Club Units expire — which is a silly idea in itself, given that they aren’t tied to money and cost Ubisoft nothing to maintain in some database somewhere. Nevertheless, starting April 1, you’ll have two years to spend points you acquire. If you don’t, they’ll go away.

That part’s easy; the transition period is a bit more awkward, as Ubisoft attempts to describe in a FAQ:

Instead of trying to figure this maths out yourself, head on over to Ubisoft’s “Check Your Balance” page to see what’s expiring on March 31.

And if you’re shocked by the result, it’s time to go on a spending spree. Go buy a bunch of content for whatever Ubisoft game you’re currently playing — currently Far Cry New Dawn and Assassin’s Creed Odyssey for me, because I never quite got into the Division franchise.

And if you need to boost up your game library a bit, you can also blow 100 Club Units to get a 20 per cent discount on the next game you buy from the Ubisoft Store. That isn’t too bad, given how easy it is to earn approximately that much just by playing a single game.