As the number and diversity of devices connected to our home and small office networks increases it gets harder to secure those devices. What the enterprise has learned is that it’s more effective to secure the network rather than trying to lock down every device. That’s where the D-Link AC2600 D-Fend router fits in. It provides you with a way to manage the security, as well as the connectivity, of your network by bringing those functions together.

The D-Link D-Fend AC2600 router (model number: DIR-2680) ticks most of the boxes you’d expect for a modern router with dual-band 202.11ac wireless using MIMO, wired Gigabit ethernet ports and a mobile app for setting it all up and managing it.

But D-Link had partnered with security company McAfee to add a bunch of security and usability features that significantly augment this, differentiating it from many of the other routers on the market. The D-Fend part of the package lets you create profiles for managing Internet access for kids as well as pushing the installation of security software onto devices with five years of updates.

The router works but could use some refinement.

It’s interesting to note that Symantec announced a similar product last year, the Norton Core. Rather than partnering with a hardware maker, Symantec decided to go it alone, creating the hardware and software.

That product was available in Australia exclusively through Harvey Norman. It came with a one-year subscription to Norton Core Security Plus, which covered your connected devices at home and up to 10 desktops, laptops and mobile devices. The online monthly subscription was then $17.99 price per month.

The Link AC2600 D-Fend costs more up front but comes with five years of protection for every device on your network.

However, Symantec has now withdrawn the Norton Core globally. 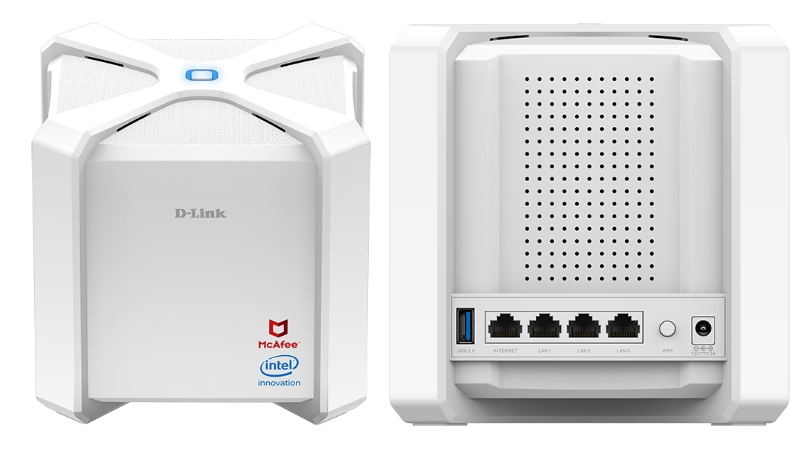 The setup and installation process for the D-Link AC2600 D-Fend was straight forward. The process uses the D-Link WiFi app (free download from the iOS App Store and Google Play Store) and unique QR code included with the setup documentation in the box that adds the default SSID and password that the router ships with.

I then followed my usual process of naming the wireless network and setting the password.

There’s a guest access setting, that’s off by default, you can use which is handy for when the kids invite their friends over as well as a connection speed test that’s powered by speedtest.net.

Basic settings can be managed using the D-Link WiFi app with advanced settings, such as creating VLANs, managing QoS, enabling a DMZ and setting up dynamic DNS handled through the browser-based configuration tool.

The McAfee powered D-Fend side of things was easy to use. That relies solely on another app, D-Fend.

D-Fend lets you create profiles for individuals on your network. For example, I have two primary-school aged kids at home who have iPads as part of their school’s technology program. When those devices connect to the network, I can add them to a profile for each child and then define things like categories of websites to block (my wife and I chose to block sites identified by McAfee as being related to gambling, dating, drugs, alcohol and tobacco, school cheating, violence and sexual content.

We can also set what times their devices are allowed to connect to the Internet.

I’ve tried a lot of different parental control systems and these are probably the easiest to configure controls I’ve found.

As you’d expect for a router that’s focussed on protecting every device and not just PCs, tablets and smartphones, the D-Link AC2600 D-Fend router offers some smart home support. D-Fend works with Alexa so you can ask Amazon’s assistant to pause the kids’ internet connection (great for getting them to come to the dinner table) or to tell you if there are any security alerts. 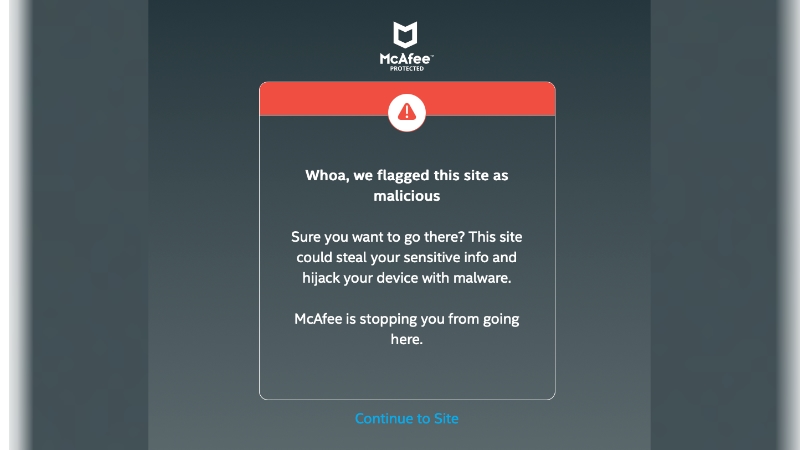 Being able to say “Alexa, pause the kids internet” is pretty handy. And you can limit what commands Alexa will respond to easily.

Performance was good. The router I had in place previously was a Netgear Orbi mesh set up that gave me solid coverage through my house. My inbound broadband connection, through Telstra Cable (NBN is coming next month apparently) is placed adjacent to a solid, internal brick wall and my home has a steel frame which I suspect impacts wireless transmission.

I did find that performance petered away slightly when I was at the furthest point from the router within my house with my smartphone and tablet but the Apple TV in that room didn’t miss a beat. The main issue was latency rather than throughput.

One thing that I was pleased about was that the D-Link D-Fend resolved an issue I had with my previous set up. My office printer worked with everything in my home perfectly except one Windows PC which is connected to my network over Ethernet. That computer couldn’t print, resulting in my wife – it’s her PC – saving things as PDFs and then printing from her smartphone or tablet.

With the D-Link D-Fend, that problem has vanished. I’ve encountered similar issues in the past (Sonos speakers didn’t work with the Linksys router Optus bundled to its customers a few years ago) when the wired and wireless routing inside the hardware is messed up.

The D-Link AC2600 D-Fend router is so full of potential that I really wanted to like it. And, I suspect some, perhaps all, of the things I’m mentioning now can be fixed with some software updates.

Wireless range wasn’t as strong with the D-Link AC2600 D-Fend as I would have liked. I say it was adequate and covered my single story home although, as I noted, latency was a minor issue at the points within the house furthest from the router.

With the D-Link D-Fend’s focus on security, I was prepared for the occasional website being blocked due to being flagged as dodgy. But it was annoying that the PayPal app was blocked. Adding to that, other apps that used PayPal for payments were also blocked from making payments. That was using iOS.

I’ve asked D-Link to look into this and when I get a response I’ll report back.

The splitting of the router’s functions into two apps is a real pain in the butt. And it leads to inconsistencies. For example, I went through all the devices connected to my network using the D-Fend app and ensured they were all named and categorised correctly. But the naming and categorisation doesn’t flow into the D-Link WiFi app. D-Link really needs to get its act together and just have one app to manage all of the device’s settings.

Also, the D-Fend app identifies devices by IP address (which can change) whereas the D-Link WiFi app uses MAC addresses. So trying to work out which incorrectly named device is which, across apps, is harder than it should be.

I was also surprised that D-Link didn’t make this device mesh-enabled. But I was told by D-Link that a forthcoming update – no timeline was provided – will add mesh capability to the DIR-2680. I assume this will come when D-Link releases more devices that leverage the partnership with McAfee.

Finally, my NAS, a Synology unit, seems to be pretty chatty and likes to communicate with servers at korea.services.net – a service that lists networks used by spammers. That’s a good thing but it means I’ve been seeing a lot of alerts in the D-Fend logs and if there’s an easy way to allow that address to be designated as “safe’ I can’t find it.

The D-Link AC2600 D-Fend Router is priced at the premium end of the market at $499. But that gets you a router with easy parental controls, and five years of security software updates for devices on your network.

D-Links expects that most people replace their routers in that time so they will not need to pay for a subscription update.

$499 is a lot to ask for a router. I get that security is super important but consumer buying decisions are usually made on price, aesthetics and network range. And on those fronts, the D-Link D-Fend AC2600 looks expensive.

My instinct is that this will be a great product but the software needs some work and that the asking price is high.