remote work
To sign up for our daily newsletter covering the latest news, hacks and reviews, head HERE. For a running feed of all our stories, follow us on Twitter HERE. Or you can bookmark the Lifehacker Australia homepage to visit whenever you need a fix.

Over the past few years, it’s started to become more and more common for not everyone that works on a team to actually work in the same office. In some cases, a work “team” can also include people that not only don’t live in the same city that you do, but they also don’t even live in the same country. That can make communication a bit complicated.

Tropic is a collaboration tool that allows your team to input their work schedules and location, and then allow everyone to see where the whole team is in both the world and their personal workday.

The idea is that not only are people working in different time zones, they’re also potentially working a different shift than you might expect. With Tropic, you’ll be able to see that while Bob lives in the same town you do, he’s working 11am-7pm, and that Jenny is spending the week in the London office so her schedule only overlaps with yours for a few hours. 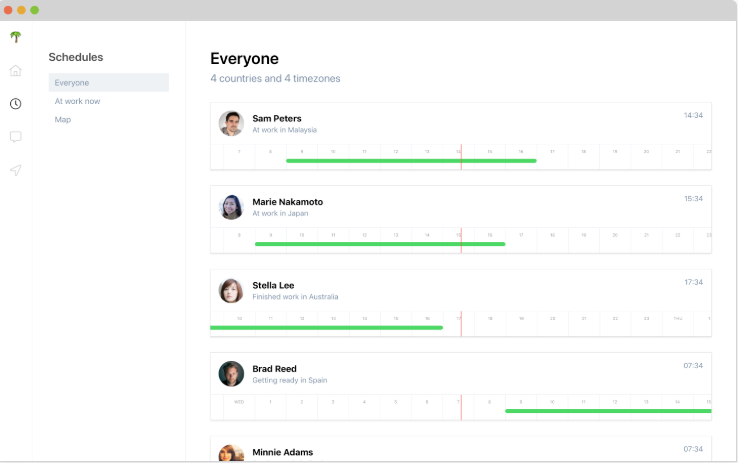 In order for the tool to work your whole team will have to sign up to use it, not just you. For the Tropic to see that Jenny is in London will, in fact, take Jenny telling service about her travel plans. Depending on your coworkers, that may or may not be something Jenny actually does. The service is free for small teams of 10 or less. If you’re working with more folks, it runs $1/user per month.

That said, if you work in a group where people are constantly travelling and working in different spots, it can make communicating insanely easier, simply because you won’t have to spend time figuring out where your coworkers happen to be right now and then do the maths to figure out what time it is there.