Make This Earth-Friendly Black Rice Porridge In Your Instant Pot

ricerisottosustainabilityvegan
To sign up for our daily newsletter covering the latest news, hacks and reviews, head HERE. For a running feed of all our stories, follow us on Twitter HERE. Or you can bookmark the Lifehacker Australia homepage to visit whenever you need a fix.

Certain foods are more sustainable than others and, over at Earther, our friend Brian Kahn has been trying to save the world by adhering to a fairly strict, mostly plant-based diet. I have been helping him with a few recipes, because I am nice like that.

Could Eating This Salad Help Save The Earth?

Eating is complicated. Not only is food comprised of complex chemical systems that affect our bodies in all sorts of ways (both good and bad), but once you start thinking about animal welfare, farming practices, and water use, it can be downright overwhelming to try to eat “like a good person.” </p> <p>But that doesn’t mean our good friend Brian Kahn (of Earther) isn’t going to try his hardest.

Just to recap, the diet is based on the recommendations of a recent report put out by the EAT-Lancet Commission which “lays out how we may have to change our diets to accommodate another 2.5 billion souls and a hotter Earth.” As for specifics, here’s what we’re working with: 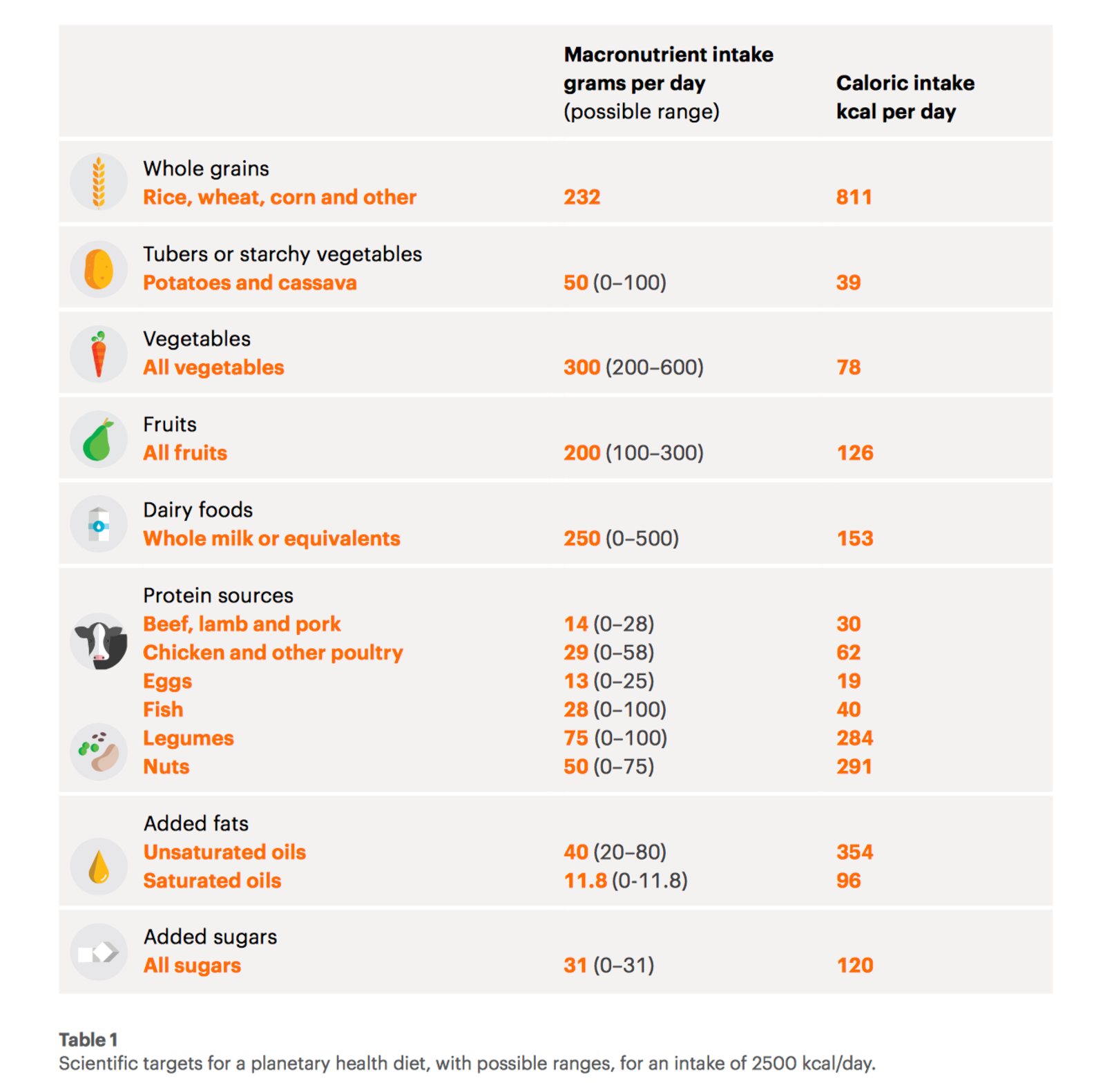 As with any diet, making a big batch of something to eat throughout the week can be a real time saver and — given that Brian has already had his share of challenges throughout all of this — I wanted to give him a hearty and satisfying recipe that reheated well and didn’t require a lot of hands-on kitchen attention.

Since this diet leans heavily on grains, I naturally thought of the Instant Pot, which can be used to make risotto, or risotto-like dishes, with a fraction of the usual stirring. I settled on forbidden black rice for the grain, with corn, leeks, black garlic, and a big ol’ glob of miso. I didn’t set out for this recipe to be completely vegan — it just turned out that way—and honestly I have no complaints. (However, if you or Brian wish to use part of your 250 gram dairy allotment on some hard, salty cheese, that is your prerogative.)

It’s a filling, warming, umami-packed dish that tastes just as good (if not better) upon reheating as it does fresh out of the pot. This recipe makes three servings, with each serving containing 140 grams of vegetables, 107 grams of grains, 17ml of oil, and 7 grams of legumes by way of miso. (I didn’t calculate the weight of the vinegar or broth, because the masses of non-water ingredients contributed seemed pretty negligible.) To make it yourself, you will need:

Divide the leeks by separating the green portion from the white, then slice each portion vertically so you can separate the leaves and rinse out any dirt hiding in there. Cut both portions into thin, half-moon shaped ribbons and set aside 1/2 cup of the greens and a cup of the whites. Measure out a cup of frozen corn kernels, and set those aside, then peel and dice your onion and set that aside as well. Sprinkle each portion of vegetables with a healthy pinch or two of salt and toss to coat.

Using the “Normal” “Sauté” function on your Instant Pot, cook the leek greens in one tablespoon of oil until they are blistered and browned in spots. Remove them from the pot and set them aside. Add the white portion of the leek, and cook until it is soft and translucent—you may need to adjust the “Sauté” function to “Less” using the “Adjust” button — then fish those out of the pot and set those aside as well.

If your insert is looking dry, add another tablespoon of oil, and add the corn, cooking until the kernels are browned. Remove those, add more oil if needed, and cook the onion until translucent. Add the black garlic, and mash it around with a wooden spoon to get it nice and mixed in with the onion. (If you are using fresh garlic, simply mince it and stir it in.) Add more oil if the pot looks dry, then add the rice and cook for four minutes. Deglaze the pan with your diluted vinegar, scraping the bottom of the insert with a wooden spoon to get all that tasty fond into solution.

Continue to scrape and stir until almost all of the liquid has evaporated (it should look damp), then add the miso and broth. Give everything one more stir, close the Instant Pot (make sure the release valve is set to “Sealing”), and press the “Multigrain” button. Once the cooking time has elapsed, let the pressure release naturally for five minutes, then release the remaining pressure manually. Open the pot, stir in your corn and white leek, then stir in the nutritional yeast.

Carefully take a taste, and season with salt or soy sauce as needed (this will depend largely on the flavour of the broth you used). If the porridge is a little soupy for your liking, turn the “Sauté” function on for a bit and cook and stir to thicken it up. Garnish with fried leek greens and enjoy.