malwaremalware removal
To sign up for our daily newsletter covering the latest news, hacks and reviews, head HERE. For a running feed of all our stories, follow us on Twitter HERE. Or you can bookmark the Lifehacker Australia homepage to visit whenever you need a fix.

I started covering the camera on my laptop around five years ago. At the time, my decision was prompted less by a security concern and more because someone handed me a camera cover at a conference, but the threat is most definitely real.

Without even mentioning targeted hacks, malware will often spy on computer users, recording video or audio, sometimes in a way that can go entirely undetected.

Oversight is a piece of software for Mac that monitors your Mac’s mic and webcam and then lets you know through a pop up if and when the internal mic in your computer is activated or when an app accesses the webcam.

The dream, of course, is that you’ll never really need it. However, with it installed you’ll get a heads up that either are being used without your consent so you can stop them in their tracks. 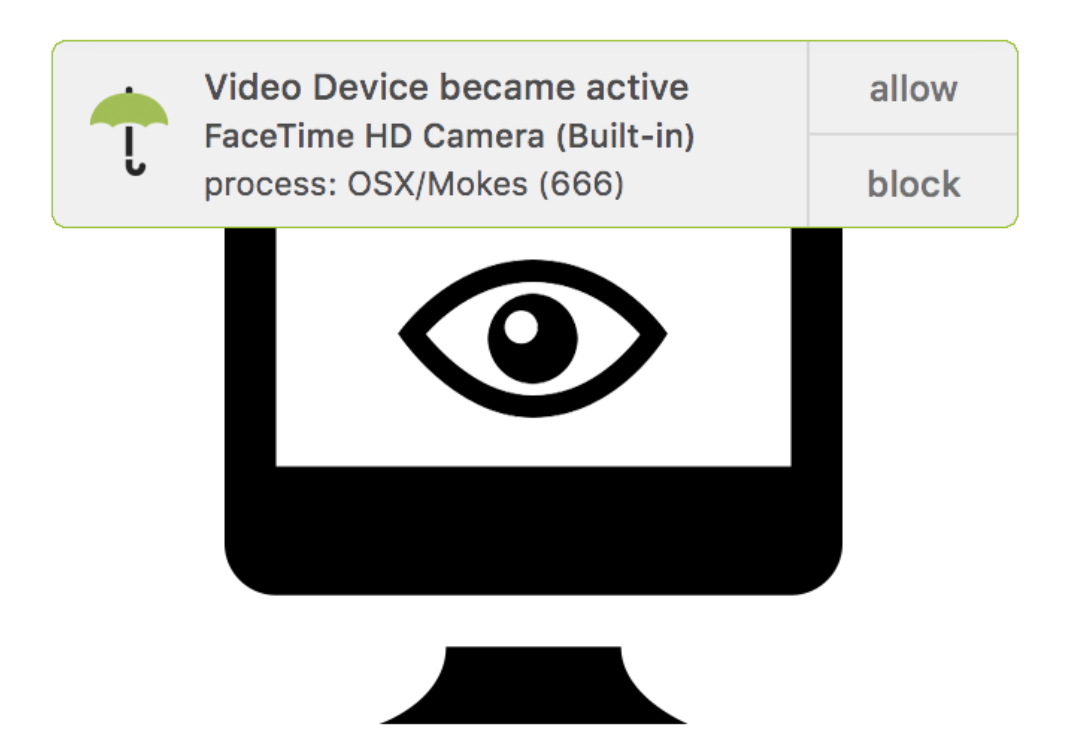 While the webcam typically has that green light to let you know something’s up, sometimes you won’t notice it immediately, or malware will piggieback off an authorised use of the camera through something like Skype or FaceTime.

Oversight notifications let you know what specifically is trying to access your mic or camera so you can ensure it’s something you’re OK with.

The service notes that anyone specifically trying to get around the software will probably be able to, but it can be a decent line of defence for things like malware attacks that are targeting the masses.