Huawei P30 Pro Is The Iron Man Of Camera Phones

Photography buffs, it’s time to get excited. The P30 Pro – AKA Huawei’s Quad Camera Leica phone – has officially launched. Boasting a 40-megapixel sensor for improved low-light photography, a 5X optical periscope zoom, an ultra-macro lens, dual optical image stabilisation and a massive 50x digital zoom, it’s being billed as the most advanced smartphone camera system ever. We’ve personally tested it and for once the hype is justified.

Here’s everything Aussies need to know about the P30 phone range, including specifications, pricing and release date.

The P30 range doesn't officially go on sale until April 16, but you can snap up a great pre-order bargain right now from Telstra, Optus and Vodafone. Here are all the best available plans from each telco.

Make no mistake, the Huawei P30 Pro is a photog’s dream. The phone comes with a host of significant improvements over the P20 – which itself remains one of the best camera phones on the market.

This includes an overhauled cooling design to reduce image noise, enlarged aperture f1.6 lens optics [f1.8 P30], a 16mm equivalent wide-angle lens and up to 409,600 ISO sensitivity. The AI software has also been given a spit and polish to ensure optimum results in practically any conditions. Then there’s the astonishing Night Mode, which has to be seen to be believed.

Here’s a look at the P30 Pro’s rear-facing camera array:

Other noteworthy features include 256GB of onboard storage, a supersonic in-screen fingerprint reader, a 4200 mAh battery that provides up to two days battery life, an innovative in-screen stereo speaker and up to 70% charging in just 30 minutes. Oh yeah, and it also comes with a 3.5mm headphone jack which is a rarity in today’s smartphone landscape.

In addition to the P30 Pro, Huawei is also releasing a more affordable option dubbed the P30. This comes with a simplified triple camera, a smaller battery, less RAM and a slightly more compact screen. Otherwise, it looks very similar and comes with most of the same software features.

Here are the full list of specs for both phones. 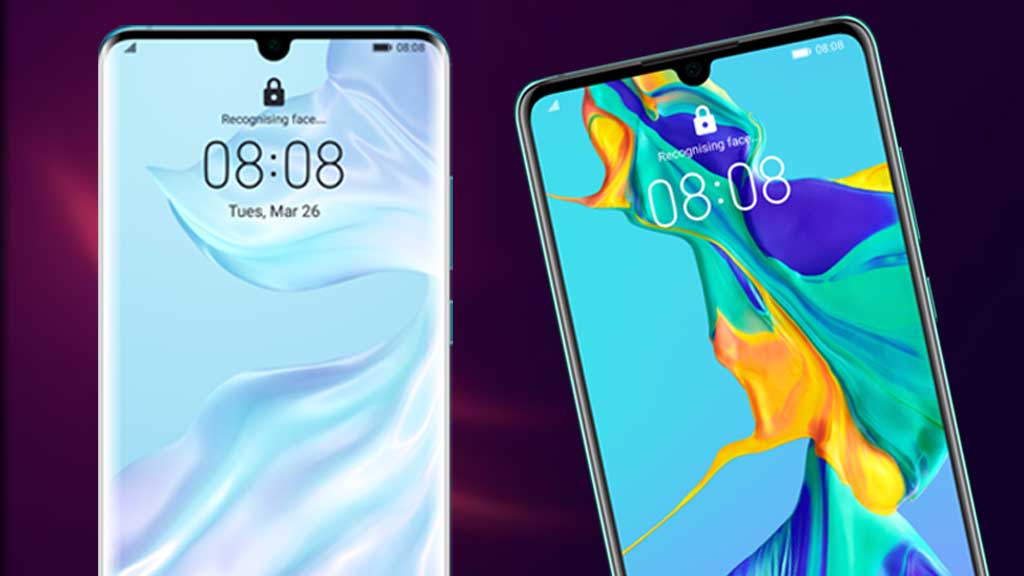 The Huawei P30 will be available to pre-order in Australia from today (Wednesday 27 March.) You’ll be able to purchase the device in store from Tuesday 16 April. Customers who pre-order either phone will score a free Sonos One smart speaker valued at $299.

Which model should you buy?

If you can live without industry-leading photos, go for the Huawei P30 – it comes with most of the same features and is $500 cheaper. But if you care about your Instagram and like the idea of two-day battery life, the Pro is arguably worth the extra dosh.

Here are some of the best available plans from Telstra, Optus and Vodafone. Remember – you can nab a free Sonos One if you sign up before April 16.