How To Prioritise App Downloads In iOS

I feel a little bad for not knowing about this previously, but that’s part of the fun of iOS: There’s always some random new thing, like the how-to-move-many-apps-at-once trick, that pops up on one’s geeky radar from time to time.

Here’s the deal. If you’re downloading a bunch of apps — either you went crazy on the App Store or there are a ton of updates for apps already installed on your iPhone or iPad — you don’t have to sit there and let your device decide which app downloads first.

Perhaps the app you really want to use is low in the download queue, but by tapping “Update All,” you’ve ensured it’s grayed out and unusable until the update completes. That, or as my colleague Virginia suggested, perhaps you’re about to lose your connection on the train or subway and you want to make sure you can use your favourite app (or just-purchased app) while you’re offline.

If your device supports 3D Touch, simply force-press on a grayed-out app to activate a context menu, and tap on the “Prioritise Download” option. 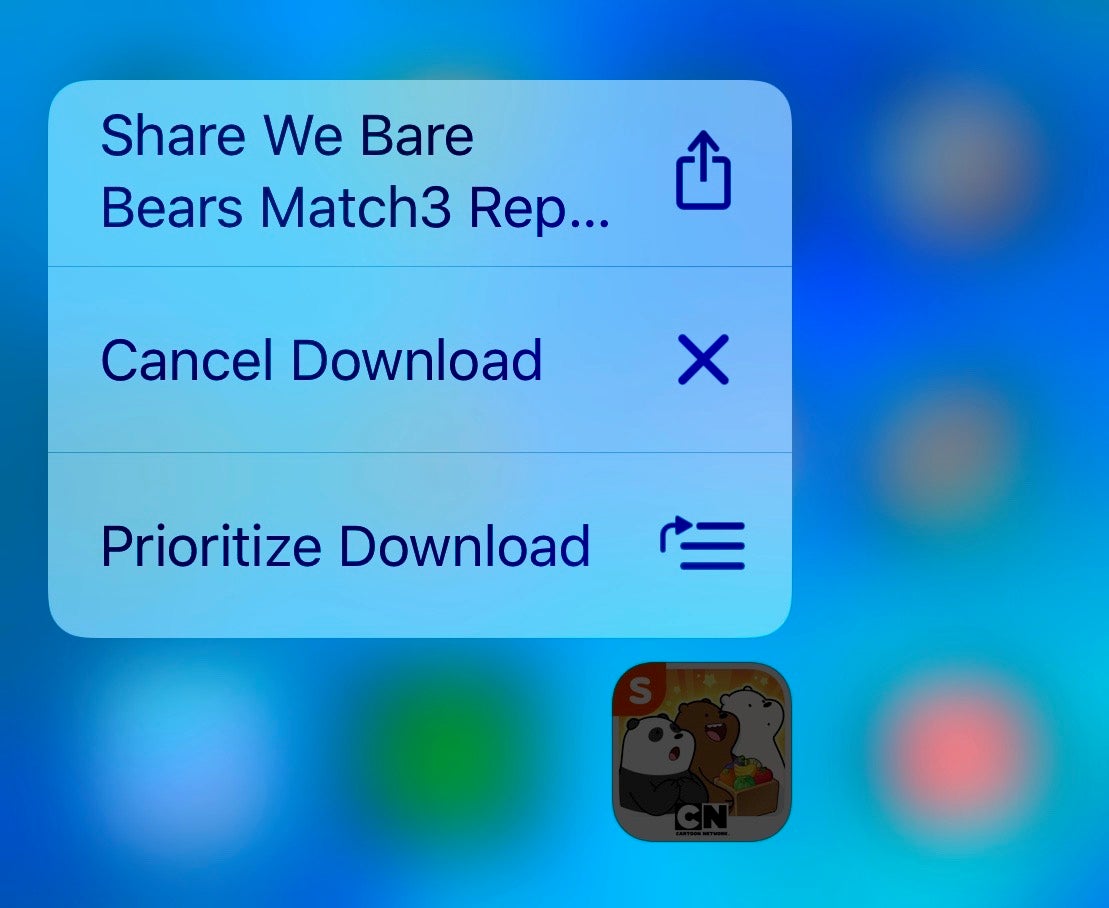 That’s it. Be sure to gloat when you’re around friends with non-3D-Touch devices, like the iPhone XR, as they will be unable to mess with their device’s download queue. (You would think that those lacking 3D Touch on their devices would be able to just long-press to activate the same context menu, but that doesn’t appear to be the case.)