How To Display Your Mac’s Dock In Its Touch Bar

Say what you will about the Touch Bar, but it’s a fixture of the MacBook Pro we’re probably going to have to deal with for some time. And honestly, it’s not bad — much like the dream-worthy “OLED keyboard” that pops up from time to time that nobody seems to purchase, it’s fun to have a separate, tiny display that you can use for all sorts of productive or silly experiences.

The latest Touch Bar app I’ve stumbled across is called Pock — and, no, it won’t let you turn your Touch Bar into a giant Pocky stick, nor will a hockey puck go whizzing across the 2170-by-60-pixel display.

Instead, Pock clones your Dock into your Touch Bar. It looks a little something like this: 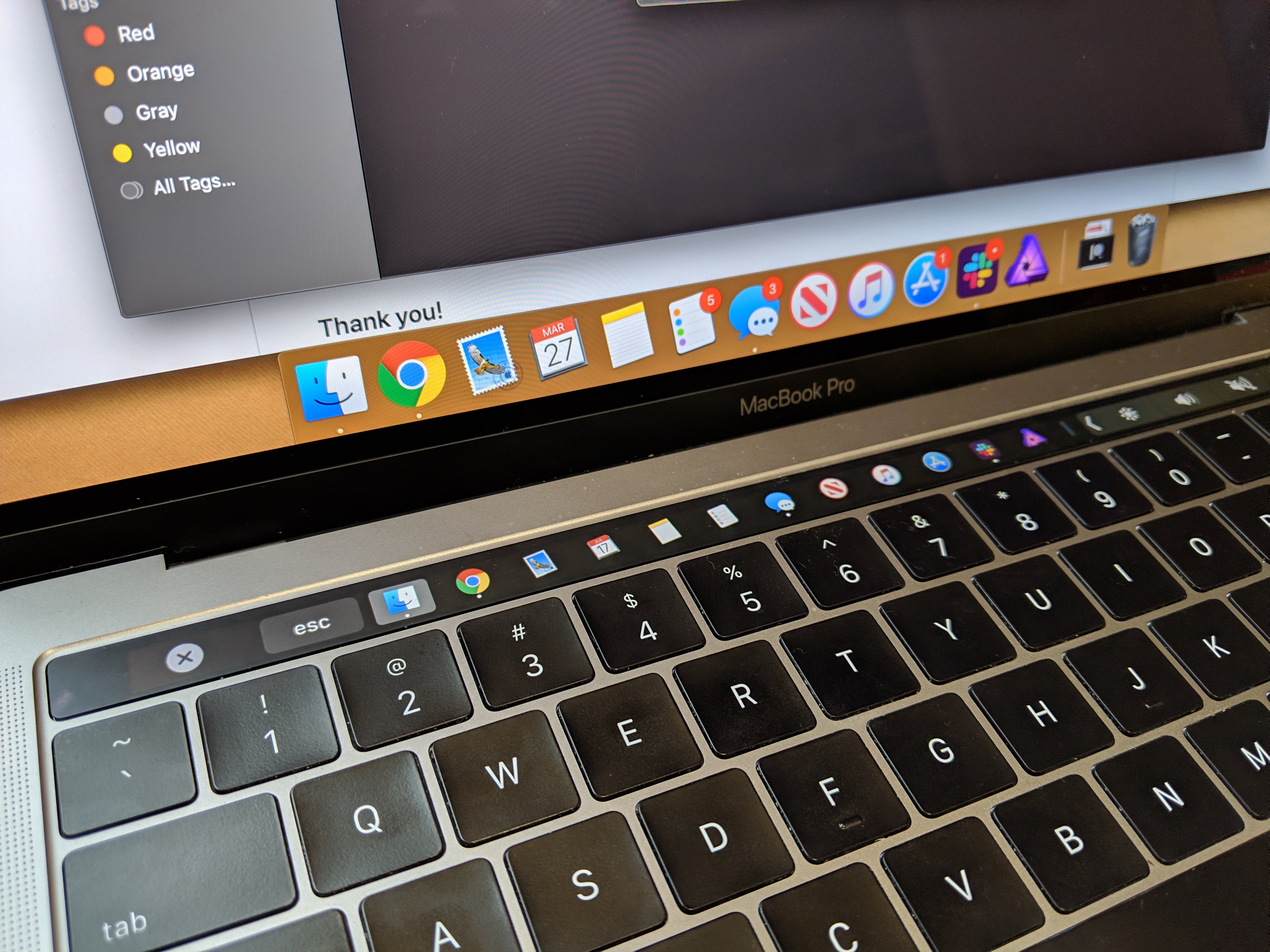 It feels a little silly to have a second Dock located directly below your Dock, but this could be useful if you auto-minimise your primary Dock. You’ll get a little more real estate on your primary display while enjoying all the advantages an always-on Dock has to offer — so long as you don’t mind losing most of the other supplemental buttons on your Touch Bar.

(You can still expand the Control Strip and use the Fn key to temporarily change what’s on your Touch Bar—both good options.)

Your second Dock works just like your real Dock, sort of. You can tap on the icons to launch apps, and you’ll see indicators for the apps that are open, as well as a box around the primary app you’re using. You’ll even get little red notification badges, though there won’t be any numbers inside (a slight bummer, but forgivable).

Within Pock’s preferences, you can set how long the app should take to refresh your second Dock’s notification badges, as well as whether you want it to launch when macOS starts up and whether you want Pock to hide the Touch Bar’s Control Strip entirely.