How To Use Google Assistant’s New Automation Tools

Earlier in the week, Google announced that the Google Assistant received a significant update that allowed you to automate a number of tasks when your morning alarm goes off. Here’s how to make that work.

I set this up using my Huawei Mate20 Pro. The Clock app that appears on the device is not the default Android clock. If you’re not using a Google Pixel, check that you’re using Google’s Clock app. If you’re not, pop over to the Play Store and grab the correct Clock app.

Once it’s installed, or updated if you already had the previous version installed, restarting your smartphone is a good idea. That way, the Clock communicates with Play Services again so that the new “Google Assistant Routine” option is available.

I’ve installed a few home automation devices to control lights around my home. If you’re planning to use the Google Assistant you’ll need to make sure those are correctly set up as well.

Creating a “Good Morning” routine that launches with an alarm 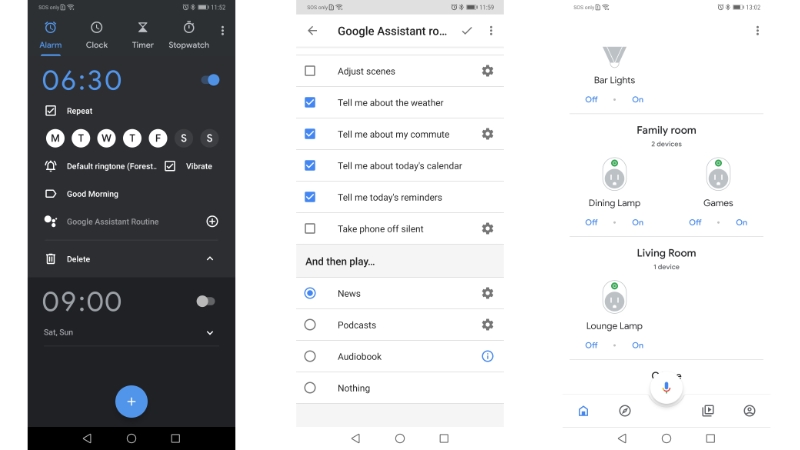 If you have media device, thermostats, lights and other devices that work with Google Home, you can also trigger those as part of your morning routine. For example, you could have the bedside lamp turn on dimly and get the coffee machine started so your brew is ready by the time you get to the kitchen.

If you tell Google you home and work addresses it will even tell you how long it will take to get to work.

When you alarm goes off in the morning, the Google Assistant Routine will launch once you dismiss the alarm.