Get Ahead of Twitter Harassment By Checking Your Lists

listssocial mediatwitter
To sign up for our daily newsletter covering the latest news, hacks and reviews, head HERE. For a running feed of all our stories, follow us on Twitter HERE. Or you can bookmark the Lifehacker Australia homepage to visit whenever you need a fix.

Being harassed on Twitter is never fun. And it can happen to you whether you’re already a decently well-known figure with that blue check mark of authenticity, an up-and-comer in the world of online witticisms, or if you came up with a single tweet that blew up beyond your wildest expectations. Or, of course, if you’re a woman.

We’ve previously covered techniques you can use to cleanse your Twitter feed of the most unpleasant users, including reporting all the crap they spew your way and shutting them down when they invade your digital bubble.

My Twitter travels this weekend also took me in the direction of an excellent thread from Heidi N. Moore, former business editor at Mashable and Wall Street Journal reporter.

Her advice? Keep a close eye on the lists other Twitter users have added you to, which you can do by clicking on this link in your desktop browser or pulling up the Twitter app, tapping on your picture, tapping on “Lists,” and then tapping on “Member of.”

If you see that you’re unwittingly a member of a bunch of horrific and hateful lists, the easy way to remove yourself from them is to click or tap on the list’s creator and block them. Not only will you disappear from said lists, but you’ll also get the added bonus of ensuring that the terrible user behind the list can’t interact with you on Twitter (from that account, at least).

5. No, really, check your lists! Whether you're a woman or not, to be fair. Anyone with reach is a potential target. https://t.co/mlHAUiJYcr

Unfortunately, there’s no way to permanently prevent Twitter users from adding you to lists — a feature I’d love to see in the “Privacy and safety” section of its settings someday. Until then, Moore has some other useful advice to help combat Twitter trolls, which includes: 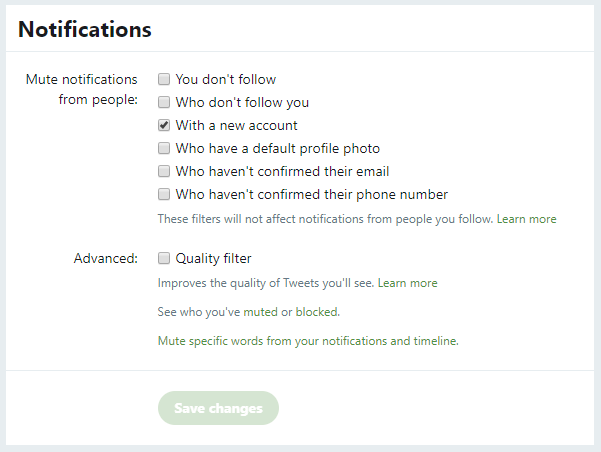