Everything Coming To Australian Netflix This Week [Updated]

Here is your Netflix binge-list for the week, fresh from the Australian servers! This week’s noteworthy additions include Mötley Crüe biopic The Dirt, a new stand-up comedy from Amy Schumer, true-crime documentary The Miami Showband Massacre and Baz Luhrmann’s The Great Gatsby.

Read on for everything coming to the service for the week of March 18 to March 24.

It's been a while since Netflix has released a bold or controversial TV show. Apart from 13 Reasons Why, the only thing that comes to mind is Insatiable - and that achieved most of its infamy by being crap. </p><p>Fortunately, fans of gritty, NSFW TV have got a new series to sink their teeth into on March 15. Love, Death + Robots is an anthology of animated sci-fi shorts that are definitely not for children. This show looks balls-out crazy (in the best possible way.)

A space-time continuum glitch allows Vera to save a boy’s life 25 years earlier, but results in the loss of her daughter, whom she fights to get back.

In this dramatization of Mötley Crüe’s no-holds-barred autobiography, the band hits the monster highs and savage lows of heavy metal superstardom.

Gru meets his long-lost charming, cheerful, and more successful twin brother Dru who wants to team up with him for one last criminal heist.

Following the assassination of President John F. Kennedy, First Lady Jacqueline Kennedy fights through grief and trauma to regain her faith, console her children, and define her husband’s historic legacy.

While trying to save their childhood orphanage, Moe, Larry and Curly inadvertently stumble into a murder plot and wind up starring in a reality television show.

As the American Civil War continues to rage, America’s president struggles with continuing carnage on the battlefield as he fights with many inside his own cabinet on the decision to emancipate the slaves.

A writer and wall street trader, Nick, finds himself drawn to the past and lifestyle of his millionaire neighbor, Jay Gatsby.

Amy Schumer gives a refreshingly honest and hilarious take on marriage, pregnancy and personal growth in her new Netflix comedy special, Amy Schumer Growing. Filmed in front of a packed house in Chicago, the comedian talks about the joys of womanhood, settling into marital bliss, and yes also you guessed it, sex!

Antoine Griezmann: The Making of a Legend (21 March)

With heart and determination, Antoine Griezmann overcame his small stature to become one of the world’s top soccer players and a World Cup champion.

Ambushed by Ulster loyalists, three members of the Miami Showband were killed in Northern Ireland in 1975. Was the crime linked to the government?

Loveable, hilarious Charlie leads you on unpredictable and imaginative shape-filled story expeditions alongside a colorful cast of characters.

Nothing above piquing your interest? Here are some more Netflix options – both new and old – that you might have missed. 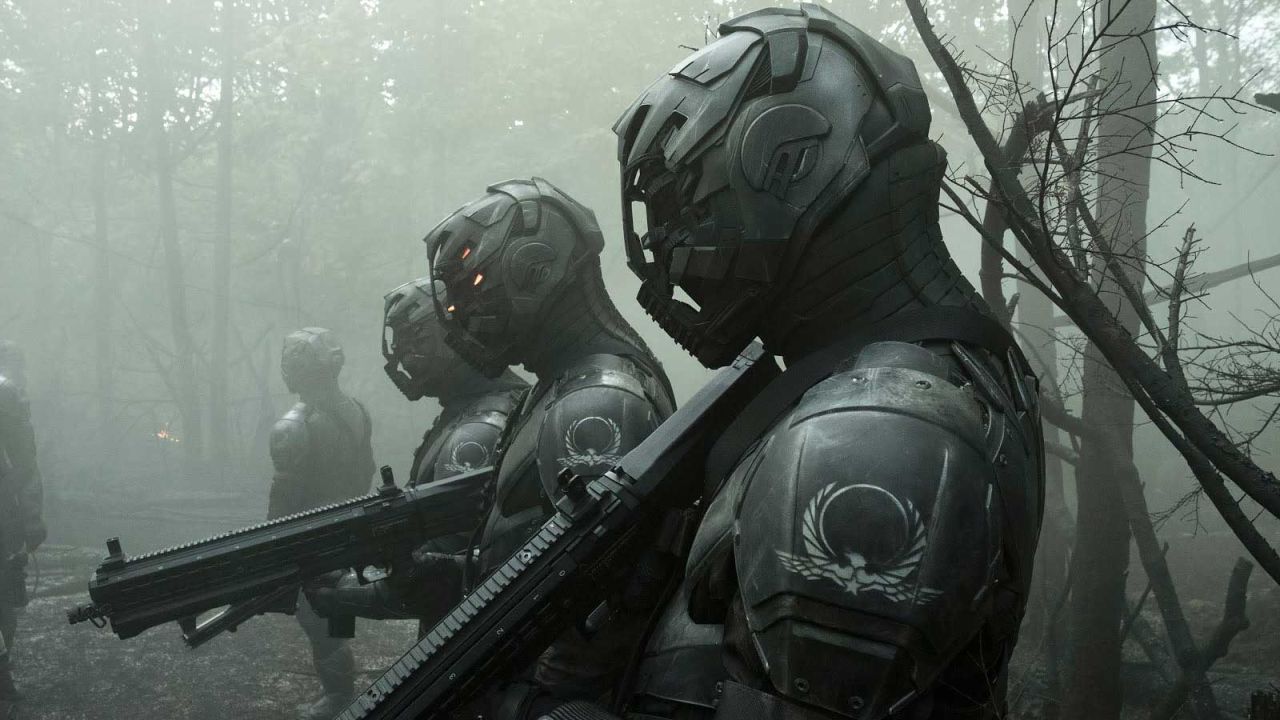 End Of The F***ing World

Synopsis: James is 17 and is pretty sure he is a psychopath. Alyssa, also 17, is the cool and moody new girl at school. The pair make a connection and she persuades him to embark on a road trip in search of her real father.

A young mother tries to find out what’s causing her to have violent tendencies.

Set in a future where consciousness is digitized and stored, a prisoner returns to live in a new body and must solve a mind-bending murder to win his freedom.

Synopsis: A family saga with a supernatural twist, set in a German town, where the disappearance of two young children exposes the relationships among four families.

Frank Griffin, an outlaw terrorizing the 1880s American West, hunts down Roy Goode, his partner turned enemy. Roy hides out at a ranch as Frank’s chase leads him to La Belle, New Mexico – a town mysteriously made up almost entirely of women.

The Mortified Guide is a 6-episode comedic docu-series where adults share their actual teenage diaries, love letters, music and art– in front of total strangers.

Synopsis: A vampire hunter fights to save a besieged city from an army of otherworldly creatures controlled by Dracula.

A gangster family epic set in 1919 Birmingham, England and centered on a gang who sew razor blades in the peaks of their caps, and their fierce boss Tommy Shelby, who means to move up in the world.