Everything Coming To Australian Netflix This Week (March 25)

Read on for everything coming to the service for the week of March 25 to March 31.

It’s the final week of March but Netflix Australia still has some pretty great stuff to show you. In addition to the titles mentioned above, there’s the post-WW2 spy series Traitors, a new season of Suits, Dillinger-era FBI drama The Highwaymen and the surprisingly not terrible Baywatch remake. (It helps if you like Dwayne “The Rock” Johnson.) Check out the full lineup below!

It's been a while since Netflix has released a bold or controversial TV show. Apart from 13 Reasons Why, the only thing that comes to mind is Insatiable - and that achieved most of its infamy by being crap. </p><p>Fortunately, fans of gritty, NSFW TV have got a new series to sink their teeth into on March 15. Love, Death + Robots is an anthology of animated sci-fi shorts that are definitely not for children. This show looks balls-out crazy (in the best possible way.)

The love wagon rides again! Seven strangers board the famous van on a journey through Asia in search of a ticket home to Japan with a partner.

Sheila searches for meaning, Joel investigates a secret society, and Abby struggles with her feelings for Eric. Life and undeath can be so stressful.

In a near-future Paris, an app uses personal memories to decode the mysteries of love. But what happens if your memories, like all data, are subject to manipulation? 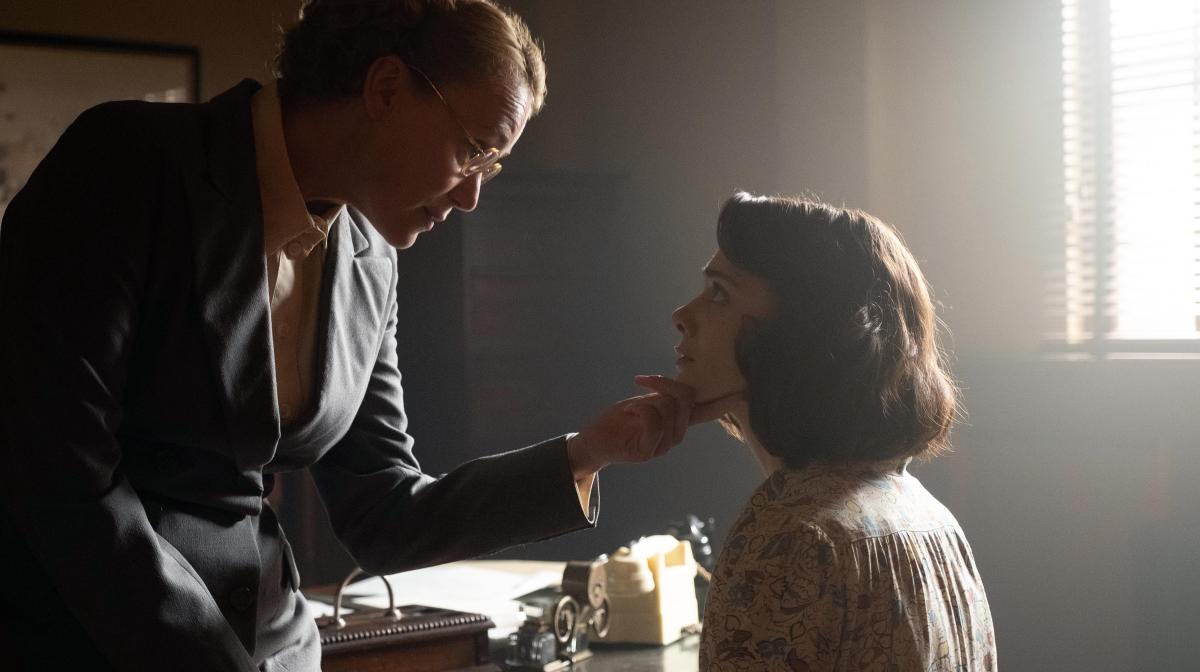 In Season 7, Mike commences his career as a legitimate lawyer while Harvey starts angling to gain control of Pearson Specter Litt.

Still recovering from the recent tragedy, Annalise takes on a major new case, while shocking truths about the past emerge and upend everyone’s lives.

A team embarks on a perilous cross-country mission to transport the one man who survived a deadly zombie virus, hoping he holds the key to a vaccine.

While investigating the disappearance of a teen girl in a tight-knit Galician town, a Civil Guard officer uncovers secrets linked to a loss of her own.

The trailer park just got a lot weirder. Picking up where Season 12 left off — and higher than ever — the entire gang has turned into cartoons.

In the wake of a tragedy and Jamal’s valuable discovery, the friends lean on each other like never before as they deal with the repercussions.

Star Trek: Discovery (31 March) Mysterious events in different regions of the galaxy launch Discovery on a new mission with a temporary captain: Christopher Pike of the Enterprise.

After moving his family back to his hometown to be with his friends and their kids, Lenny finds out that between old bullies, new bullies, schizo bus drivers, drunk cops on skis, and four hundred costumed party crashers sometimes crazy follows you.

While on a tour of the White House with his young daughter, a Capitol policeman springs into action to save his child and protect the president from a heavily armed group of paramilitary invaders.

Veteran Bollywood actress Madhuri Dixit turns producer for this lighthearted snapshot of life in the chawls of Mumbai.

A retired Mexican boxer living alone in Finland gets a shot to redeem himself in the ring, forcing him to confront his painful past in the process.

The outlaws made headlines. The lawmen made history. From director John Lee Hancock (The Blind Side), THE HIGHWAYMEN follows the untold true story of the legendary detectives who brought down Bonnie and Clyde. When the full force of the FBI and the latest forensic technology aren’t enough to capture the nation’s most notorious criminals, two former Texas Rangers (Kevin Costner and Woody Harrelson) must rely on their gut instincts and old school skills to get the job done.

Hoping to walk away with a massive fortune, a trio of thieves break into the house of a blind man who isn’t as helpless as he seems.

Devoted lifeguard Mitch Buchannon butts heads with a brash new recruit, as they uncover a criminal plot that threatens the future of the bay.

In London for the Prime Minister’s funeral, Mike Banning is caught up in a plot to assassinate all the attending world leaders.

Comedian Nate Bargatze takes aim at the absurdity of everyday life in an approachable and deadpan stand-up set shot in Duluth, Georgia.

The Legend of Cocaine Island (29 March)

A businessman who is down on his luck hatches a plan to retrieve a mythical $2-million stash of cocaine from its reported hiding place in the Caribbean.