Google Assistant Vs Apple Siri: Which One Is Smarter?

Amazon, Apple, Google and Microsoft heave been battling it out, in a four-way Battle Royale, for smart assistant supremacy. And while each platform has its own loyal following, only one can be the best. Each year Loup Ventures tests out the main contenders to determine the smartest of the bunch. And while the winner remains unchanged, the gap between first place and the rest of the pack is narrowing.

Loup Ventures asked each smart speaker the same 800 questions, and graded them on whether they understood what was said and whether the speaker delivered a correct response. The testing was conducted on the 2nd generation Amazon Echo, Google Home Mini, Apple HomePod, and Harman Kardon Invoke and involved devices including the Wemo Mini Smart Plug, TP-Link Kasa Plug, Phillips Hue Lights and Wemo Dimmer Switch.

The study found that 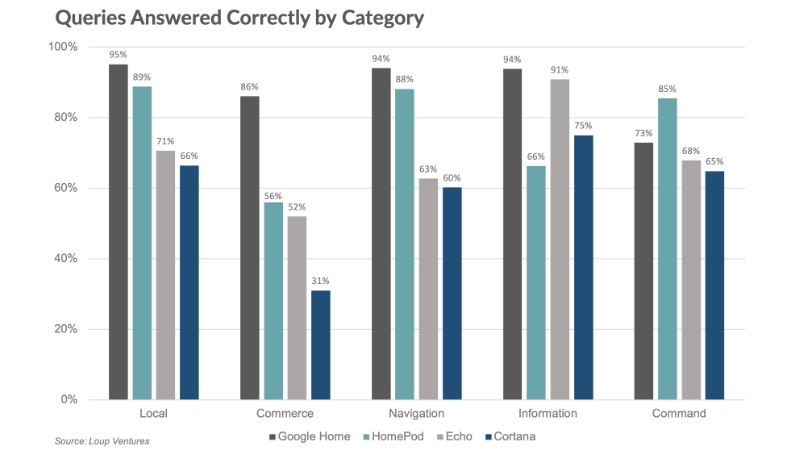 The majority of misunderstandings were related to questions using proper nouns, often the name of a local town or restaurant, according to the researchers. Interestingly, the one group of questions where Siri outpointed Google was with direct commandos, presumably because of Siri’s tight integration with HomeKit and access to email, contacts and other at a used in the command set of questions. And while you’d expect Alexa to win in the commerce section, Google Assistant outpointed Alexa when it came to questions about product names and descriptions.

But the good news is that all four platforms have improved over last year.