These Food Apps Can Save You Money

Eating at restaurants is as much a part of Australian culture as complaining about the cost of brunch while tucking into some smashed avo on toast. Budgeting for that kind of luxury can be rough, so here are two apps that can make dining in or taking away more affordable.

Fun, yet depressing, fact: According to The National Waste Report, 21.5 per cent of commercial and industrial waste is food. That’s about 1.388 million tonnes of perfectly good food being thrown out because it wasn’t sold before the restaurant closed, and a variety of other reasons.

Melbourne entrepreneur Jane Kou saw this alarming trend and wanted to do something about it.

Currently rolled out across the greater Melbourne area, and looking to expand into Sydney soon, Bring Me Home (iOS | Android) allows restaurants to say how many serves of food they have left, and price them at a discount. Users pay for the food in the app and come pick it up.

It’s a simple idea, but in the last six months since the app was launched it’s saved more than 1000 meals from going to landfill, and helped people get cheaper meals while still allowing the restaurant to make a profit. There was a particular spike in usage around uni exam time in November.

For Kou, the biggest hurdle was overcoming people’s perceptions of the food.

“A lot of people have a misconception about what surplus food is, but we see surplus food as just food that is unsold,” she says. “So, people get to pick it up during a business’s operating hours. It’s just as if you’re a regular customer walking in to buy regular food, except it’s discounted”.

The app has been a boon for Roll’d, a chain of restaurants that specialise in Vietnamese rice paper rolls. They partnered with Bring Me Home last September with five stores, and are looking at getting their whole network of more than 70 stores on the app. 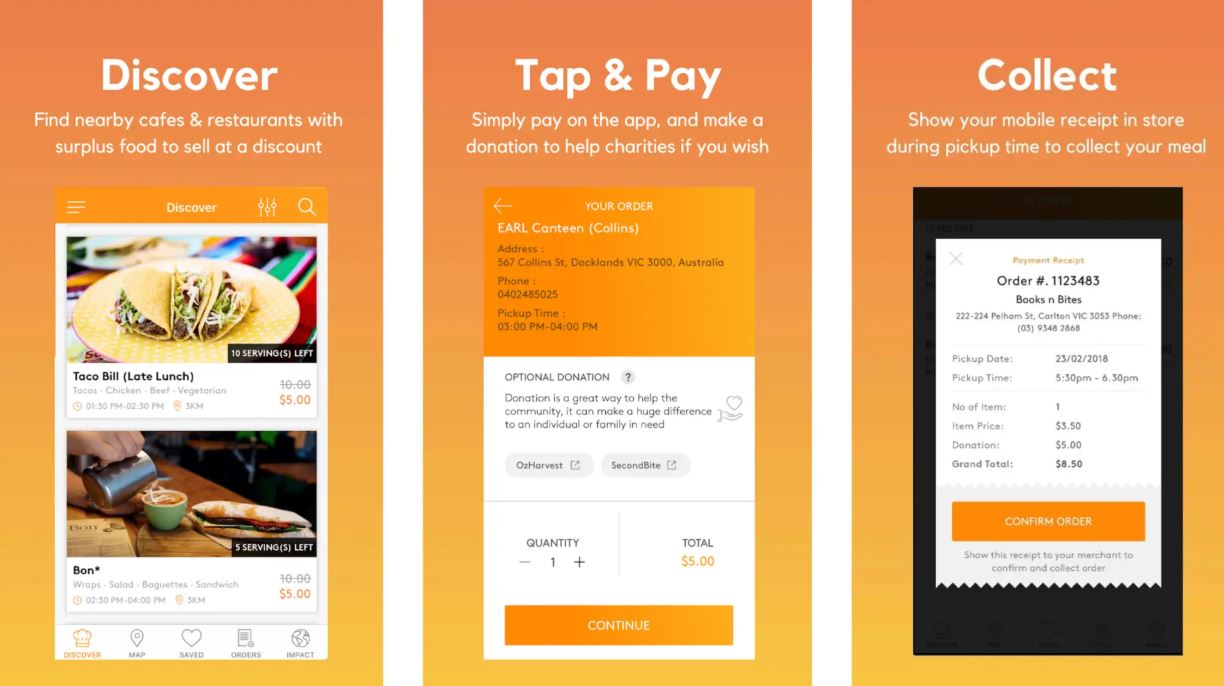 Bring Me Home lets restaurants list the number of portions they have left after rush time.

Roll’d’s founder and CEO Bao Hoang is a big fan, saying: “So far we have prevented approximately 50 kilograms worth of food waste from going to landfill, and we look forward to making more of a positive impact with Bring Me Home in the future”

Available across Melbourne, Sydney, Brisbane and Adelaide, EatClub (iOS | Android) is the app cash-strapped restaurant lovers have been waiting for. It’s designed so that restaurants can offer a limited number of discounted bookings to users for either eat in or takeaway. According to CEO Pan Koutlakis, the purpose of the app is to bring customers into restaurants before the dinner rush.

“It gets people working in the kitchen and starts the night, which is good operationally. People also see few people sitting down early and they get to capture a few more walk-ins,” Koutlakis says. “Then the first people that do have a normal booking come in and there’s a bit of atmosphere already, it’s just that bit more comfortable, and they get into that dining habit space from the start.”

But that’s not the only reason why restaurants offer discounts on the app. There are plenty who use it as a way to keep people coming in while there’s construction outside, or some new restaurants use it to try and find their customer base.

Ruby Kaur, manager of Delhi Streets in Melbourne, uses it as a promotional tool, while also appreciating how the customer service team helps the restaurants.

“It’s another channel to actually engage customers to know about Deli Streets, and another way for us to market,” she says. “Once people started to know about EatClub, we got a lot of customers coming in. And the beauty about it was that as soon as a customer pressed book on EatClub we would get a phone call here in the restaurant, and I’d also get a notification on my phone that this customer has just purchased this amount.” 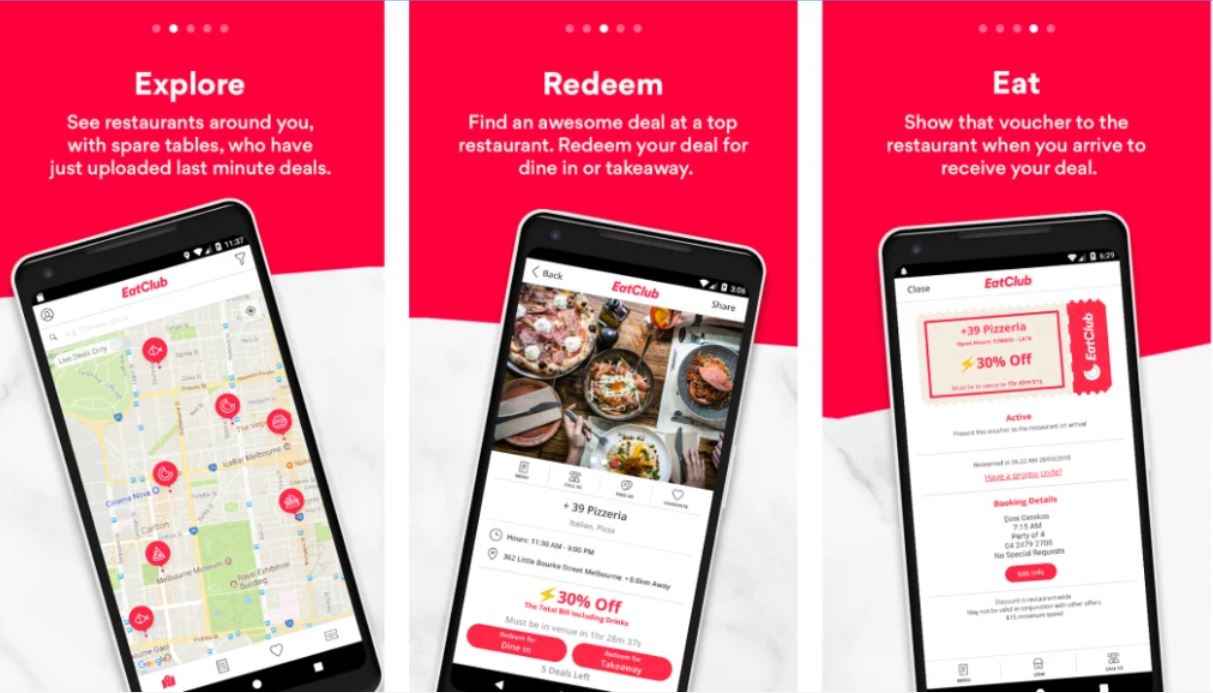 EatClub offers discounts for eating at set times of day.

The app is clearly effective, because it’s been downloaded more than 400,000 times, and had well over 500,000 bookings made through it in the last 18 months.

Unlike Deliveroo and Uber Eats, EatClub doesn’t take a large percentage of the order.

“We just take a fixed fee per booking, so we don’t punish the restaurants for bigger bills and we generally get bigger bills based on our deals being on food and alcohol,” Koutlakis says. “It just works out to a couple of dollars per booking.”

Discounts in the app range from 10 per cent – 60 per cent off the whole bill.