Tonight, Netflix Is Deleting Basically Everything

We recently brought you a list of all the shows and movies leaving Netflix in February. At the time, we cautioned that some additional titles might be removed on the last day of the month. Instead of “some”, we should have said “a metric-butt-tonne”.

Over the next two days, Netflix Australia is chopping over 60 more movies and TV shows, including Jaws, Gladiator, Mean Girls, Nanny McPhee and – nooo! – What We Do In The Shadows. Here’s the full list.

Netflix is adding some great content this week, including around 30 third-party movies. Unfortunately, what Netflix gives with one hand it takes away with the other. Over the next couple of days, no fewer than 65 movies and TV shows will be axed from the service. That’s on top of everything that was already deleted this month.

Everything Coming To Australian Netflix This Week (Feb 25)

Here is your Netflix binge-list for the week, fresh from the Australian servers! (Everything coming to the service for the week of February 25 to March 3.)

Here’s the full list, with an official synopsis for each movie. (We’ve also included trailers to the films we like or that we think look interesting.) 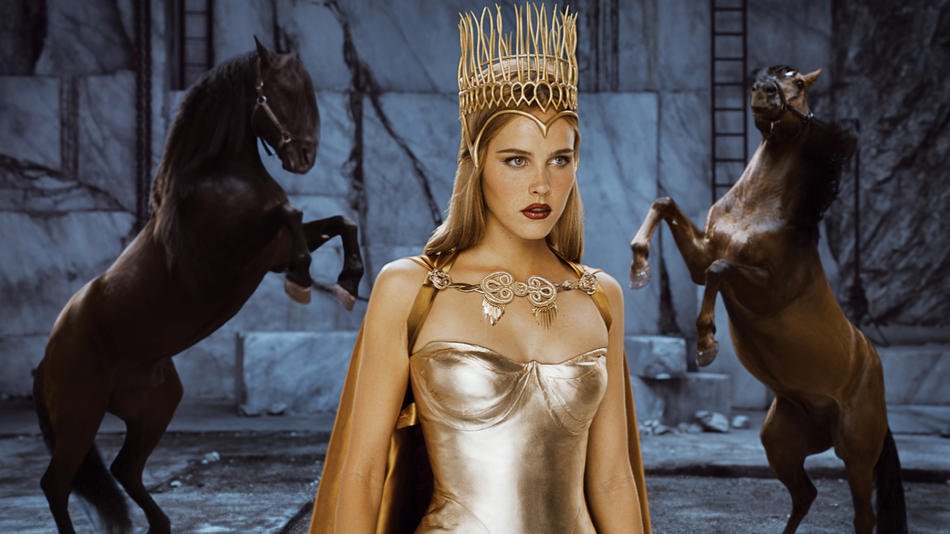 Some firm favourites are departing the service tonight, including Gladiator, Jaws. Mean Girls, Nanny McPhee, The 40-Year-Old Virgin, Kick-Ass and What We Do In The Shadows. We’re also going to miss the underrated Red Dragon, the fun, shlocky Immortals, Charlie Hebdo documentary Je suis Charlie and the surreal A Field in England.

At age 40, there’s one thing Andy hasn’t done, and it’s really bothering the sex-obsessed guys at work, who set out to help him get laid.

Cohabitating couple Gary and Brooke’s petty spats turn into an all-out battle for their home condo.

The Chronicles of Riddick – Feb 27

While caught in the middle of a galactic war waged by the leader of an evil sect, escaped convict Riddick must rescue an old friend from prison.

Tapped for the throne after the death of the emperor, a Roman general instead finds himself condemned to die by the late ruler’s power-hungry son.

I Now Pronounce You Chuck and Larry – Feb 27

When widower Larry asks Chuck to pose as his gay lover so that he can get domestic partner benefits for his kids, his loyal buddy agrees.

In ancient Greece, the gods choose Theseus to battle a king who’s scheming with the bloodthirsty Titans to overthrow the gods and enslave humanity.

When an insatiable great white shark terrorizes Amity Island, a police chief, an oceanographer and a grizzled shark hunter seek to destroy the beast.

Recently widowed Mr. Brown and his domineering aunt can’t control his naughty children until the magical Nanny McPhee arrives to take care of them.

When Nanny McPhee arrives at the Green farm, she uses magic and discipline to help frazzled Mrs. Green run things while her husband fights in the war.

Inspired by comic books, high school student Dave Lizewski transforms himself into a masked crime-fighter and becomes an Internet sensation.

A man’s effort to escape his dark past takes a turn when he comes home to find his girlfriend missing, with the only clue leading to his new neighbor.

In this big-budget adaptation, soldier Robin happens upon the dying Robert of Loxley and promises to return his sword to his family in Nottingham.

Former FBI agent Will Graham must turn to his old enemy, the savage Hannibal “The Cannibal” Lecter, to help him catch a new serial killer.

The new kid at an elite performing-arts high school — a tough street dancer — unites with other outcasts to compete in an underground dance battle.

A reporter decides to shake up her life and career by embedding with troops in a Middle East war zone, where she rediscovers her journalistic talents.

Set in 17th-century England, this black-and-white drama portrays the strange and psychedelic ordeal faced by two deserters from a battle.

After her daughter is abducted by a truck driver on an isolated road, a young mother gives chase, becoming an unwitting pawn in a deadly demonic game.

This lush take on the classic fairy tale follows a merchant’s brave and beautiful daughter, who takes his place as a fearsome beast’s prisoner.

In this high-octane thriller, a vengeful cop must revisit his painful past to outwit the man who murdered the officer’s wife and derailed his future.

Abandoning high-stress Manhattan, Will moves to a quiet New England town but learns that his new home was the site of several brutal murders.

Lifer Frank Morris plans his unauthorized departure from Alcatraz in this thriller based on the penitentiary’s only successful jailbreak.

After his amazing safe landing of a damaged passenger plane, an airline pilot is praised for the feat, but has private questions about what happened.

Three years after breaking off a romance with his protégé, expert con man Nicky Spurgeon finds her on the other side of his elaborate new scam.

Hawk, Ripcord, Heavy Duty and the rest of an elite special mission force set out to stop evil arms dealer Destro and his minions.

In this action-packed sequel to G.I. Joe: The Rise of Cobra, the elite anti-terrorist team finds itself framed for treason by global mercenary Zartan.

The flying monkeys of the Oz stories weren’t all bad. Ozzy and his pals rebel against the Wicked Witch of the West and try to make Oz a better place.

When an African-American pilot in a German POW camp is accused of killing an inmate, a lieutenant must defend him without exposing dangerous secrets.

After the sun has turned the entire world into a scorched wasteland, a group of survivors heads for the mountains, where they’re lured into an ambush.

This documentary takes a hard look at what led to the 2015 terrorist assault on French publication Charlie Hebdo, in which 12 were killed.

Learning her long-lost mother is near death, Helga and her granddaughter travel from London to Vienna to meet her, and discover a horrifying truth.

A charismatic new tenant quickly makes his mark on a Queens apartment building, but his popularity soon results in a murder with many suspects.

When the most popular girl in class asks Mark for a ride, it’s a dream come true — and the start of an epic race to get his driver’s license in time.

Cady joins her new high school’s most powerful clique — but there’s hell to pay when the ex-boyfriend of the clique’s leader wants to be Cady’s guy.

After his mother’s death, a small-town teen outcast takes to wearing her clothes around the house and forms an unlikely bond with a volatile bully.

After moving to the outskirts of Lima, a family is terrorized by a dark presence in their new home, forcing them to seek the help of an exorcist.

Reading her ex-husband’s violent novel manuscript destabilizes gallery owner Susan’s life, upending her present while digging up their past.

When the romantic secrets of his family members become public, the career and community standing of a respected bishop are threatened.

Seven years after their fateful first encounter, Abril and Manuel meet again. Although they’re both married, their attraction has only grown.

Mixing archival footage and recent interviews, this film tells the story of the Rolling Stones, from blues-obsessed teens to rock ‘n’ roll legends.

After moving to a largely black neighborhood, an aspiring ballerina embarks on an interracial romance with a classmate who shares her love of dance.

Following an unlikely troupe of Shakespearean actors — comprising 20 inmates — Hank Rogerson reveals a world in which “the play’s the thing.”

An LDS woman reflects on how her faith, family and position in the Mormon Tabernacle Choir have all helped her to meet life’s many challenges.

This reboot of Gene Roddenberry’s beloved sci-fi franchise follows the early days of Capt. Kirk and his trusted team on the starship USS Enterprise.

A teenager has two big ambitions: to save his parents’ marriage via carefully plotted intervention and to lose his virginity before his next birthday.

During World War II, a group of Allied prisoners plots a daring escape after they’re challenged to a soccer match against Germany’s best players.

Vampire roommates struggle with the conflicts of sharing space, adapting to modern society and dealing with too much natural light.

What’s the Worst That Could Happen? – Feb 28

A thief who has his lucky ring taken by a billionaire who catches him in a robbery feels like he can’t pull off another job until he gets it back.

A bunch of reality TV series and documentaries are leaving this month, but there are some beloved series on the chopping block too, including The Vampire Diaries. Hitler’s Bodyguard is also worth a watch.

We’ll let you know if anything else gets chopped in the month ahead.