I’m Loretta Stokes, Engineering Manager At Eventbrite, And This Is How I Parent

Loretta Stokes is a senior software engineering manager and a mentor for female engineers through her work with the WomenGetIT organisation. She was recently named the “Emerging Leader of the Year” by the Greater Nashville Technology Council.

My life has been full of surprises. During college, I thought I wanted to be a maths teacher but eventually made the switch to computer science. After graduation, my career did not start out as I imagined. My first full-time job was a consulting position working for the state of Tennessee. Unfortunately, the project I was slated for got canceled, so I learned a hard lesson about the consulting industry: It is either feast or famine. I experienced famine.

I finally landed a contract-to-hire position as a software engineer. The work was a blend of hardware and software and I found a lot of joy with the projects I worked on. Over a period of 10 years, I moved up from my contracting role to a distinguished level software engineer.

If I’m being honest with myself, I never planned on moving into management while I was working in my technical role, but when my manager passed away after suffering a heart attack, I wanted to keep the team he started going — so I stepped up to the plate.

My son was very young at the time, almost 1 year old and my daughter was 7, so it was a tough decision, but I am glad I did it. This choice to not slow down was extremely hard to make as a mother. However, being a manager shaped me as a leader and I learned firsthand how to lead people, make critical decisions for the business and help people grow in their careers. Now, I work in a management position with Eventbrite, an event technology platform.

While my career did not go as planned, if my life hadn’t been sent on a new trajectory, I would not have met so many amazing people or been inspired to help others to keep reaching for their goals.

Being a parent taught me patience and empathy for my team — I am a more understanding and thoughtful people-leader as a result. Before jumping to conclusions about a situation, I make sure I take time to hear and understand everyone’s perspective.

On top of empathy and patience, I’ll add that being a working parent makes you crazy efficient at your job. You’re constantly prioritising your time between home life and work responsibilities and are expected to get it all done.

Instead of the phrase “work-life balance,” you have said you strive for “work-life integration.” Can you tell me how you make the distinction and how you try to achieve it?

Work-life balance implies splitting your time and energy with work and your family. It also indicates you live a life with set working hours and a specific amount of time set aside at home. The notion of work-life integration is much more fluid.

There may be instances I need to spend more time with my kids, such as picking them up early from school, going to an afternoon doctor’s appointment or attending their sports games. I may still put in a few hours at home these nights while with my family to make up for the time away from the office, and that is not an issue for me or my family.

At the end of the day, it is still important to tackle your responsibilities and meet any commitments but the hours you work are not strictly defined, and my life still feels balanced. 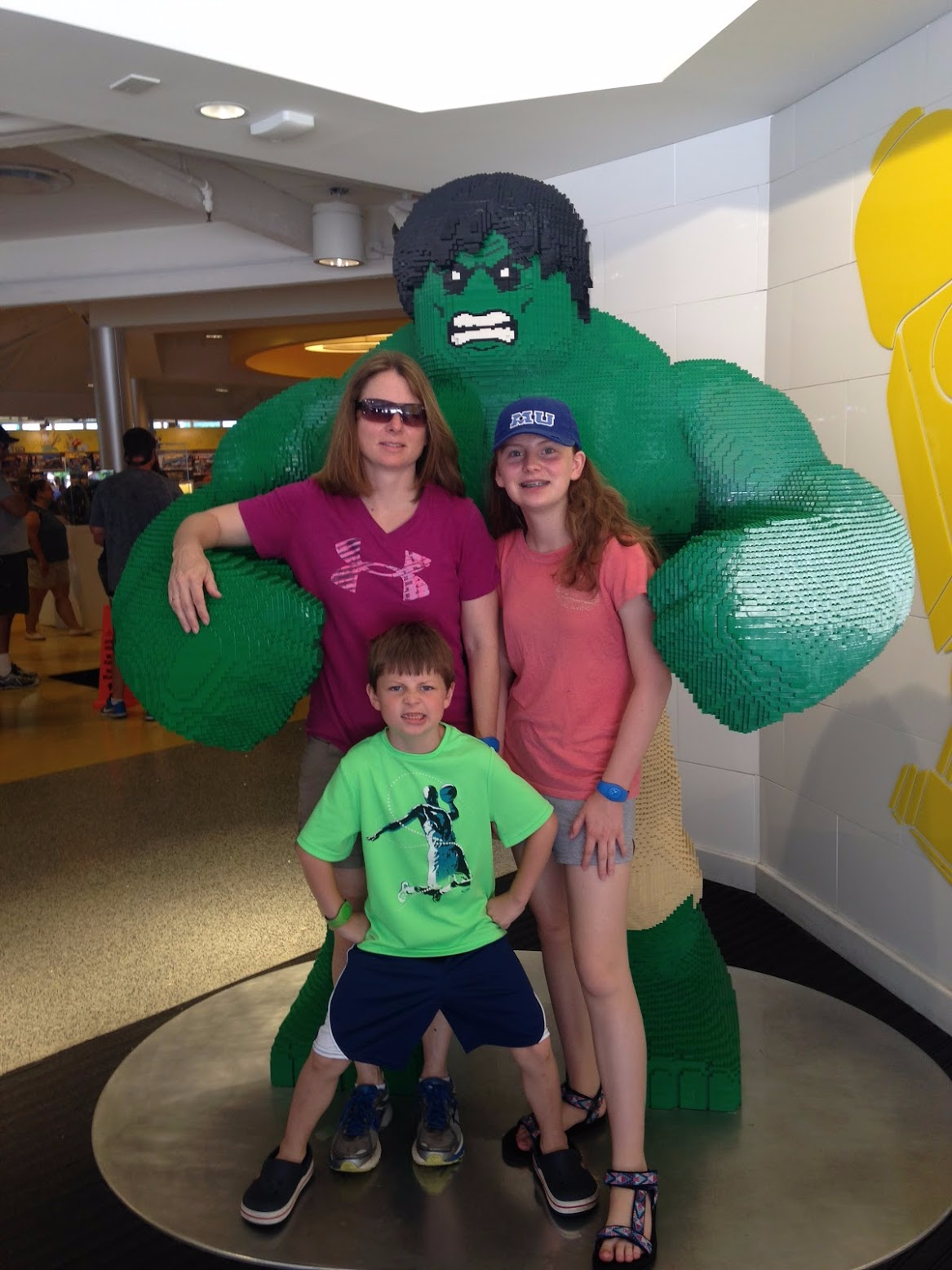 Tell us about a favourite family ritual.

My son likes to cook, so on the weekends, we like cooking a big breakfast for the entire family. My husband gets started on the bacon and sausage. My son’s favourite part is cooking pancakes—it has taken some time for him to learn but he can flip them without making a mess. For the more sophisticated pancake artist, you can purchase molds in many shapes. We recently found molds in the shape of emoji faces, which are so cool.

Our breakfast weekend ritual is a time for us to leave things behind — a tough homework assignment or nagging work project — and spend a moment together interacting as a family unit. It is simple, but I look forward to the smell of bacon cooking and pancakes every weekend.

My proudest moment is when my son got in trouble for talking at school. I know that sounds odd, but you have to understand how far he has come. Three years prior, he was diagnosed with a speech delay. He wouldn’t say “Mummy” or ask for his favourite toys — he wanted to use his words to communicate but he couldn’t. He knew what he wanted but couldn’t say the words, which made him angry most of the time. As a mum, it was very difficult.

On the doctor’s recommendation, we took him to speech therapy to see what his needs and limitations were. We received the diagnosis and he was also accepted into a pre-school program for kids with developmental delays. Over the years he made tremendous progress in speech therapy. For a child who at one time couldn’t say his own name, to now getting in trouble at school for talking is most certainly my proudest moment, and the thought of it still brings a smile to my face.

What is a moment are you not proud of?

My son was playing baseball one spring. It was his second year but he was still fairly new. In practice, he was doing well at catcher. So this was his first game to play the position. There was a hit out to the outfield. As the batter was rounding the bases, my son was standing in front of home plate. The ball was thrown home in plenty of time but my son wasn’t watching. The ball rolled by right him. I was screaming, “GET THE BALL! GET THE BALL!” It was too late. The batter made it home.

My son finally realised what was going on and retrieved the ball. As he was walking back into position, I could see him rubbing his eyes with a frown on his face. I felt terrible. From that point on, I only cheer for my kids. If I have something constructive to say, I’ll talk to them after the game. I want them to know I am there to support them.

You have to work on the things you want in life. It doesn’t come easy and you will most likely fail. If you fail or don’t get what you want, consider it is a learning experience.

In my experience, carving out a successful career path that was right for me hasn’t been easy. I can name several projects that went completely off the rails and bugs I actually introduced. Getting to those next levels in my career has also been difficult and there is no playbook. Moving into management was especially challenging; the things that make you successful as an engineer do not make you successful as a manager.

Your value-add shifts from being a code writer to a good people-person. I learned the hard way. However, with each challenge, I learned tenfold and those tougher experiences are the ones that have helped me grow into where I am today.

It is ok to ask for help. It isn’t a sign of weakness. You don’t have to be there for everything but as long as someone is there to love them, they will be ok.

I admit that with my first child, I tried to do everything. I went to every school function, doctor’s appointment and play date. For my second child, I was further along with my career. When he was 12 months old, I moved into a management position and my husband made the choice to be a stay-at-home dad. Initially, I had a hard time asking for his help and letting go. But my husband is an excellent dad, and it has enabled me to focus more on my career.