How To Stop Sweating

hotsweat problemssweatingwarmth
Facebook may have decided that you shouldn’t see the news, but we think you deserve to be in the know with Lifehacker Australia’s content. To sign up for our daily newsletter covering the latest news, hacks and reviews, head HERE. For a running feed of all our stories, follow us on Twitter HERE. Or you can bookmark the Lifehacker Australia homepage to visit whenever you need a fix.

I sweat a lot.

My sweating problem has long plagued me. Is this a genetic lottery I’ve simply lost?

After speaking with Michele Green, a dermatologist, it turns out that answer might be a yes, I likely have my genetics to thank for this burden. Luckily, not all hope is lost and there are ways you can try to stop sweating when life feels like a sauna.

I spoke to Green about why exactly we sweat, why Botox is more than just a wrinkle-aid, and how to temporarily solve your sweating issue with a couple of quick fixes.

What exactly is sweat and why do we do it?

According to Green, we sweat because we need to cool down (which shouldn’t come as a surprise). Sweat itself is mostly water, with chlorides, proteins, sugars, ammonia, urea and trace metals added in, that comes to the surface of our skin when triggered by the hypothalamus region in our brain.

How To Keep Your Workout Clothes From Stinking

There are two different kinds of sweat glands on your body, too. Eccrine glands, all over your skin, respond to exercise and heat. Apocrine glands, mostly in your armpits and groin, respond to excitement, nerves and emotions, Popular Mechanics wrote, so you have those to thank for job interview-sweat stains.

Sweating is only effective in regulating your body temp if you allow it to sit on your skin and evaporate, however (in other words, wiping it down or letting droplets hit the floor is a waste of your sweating efforts!) 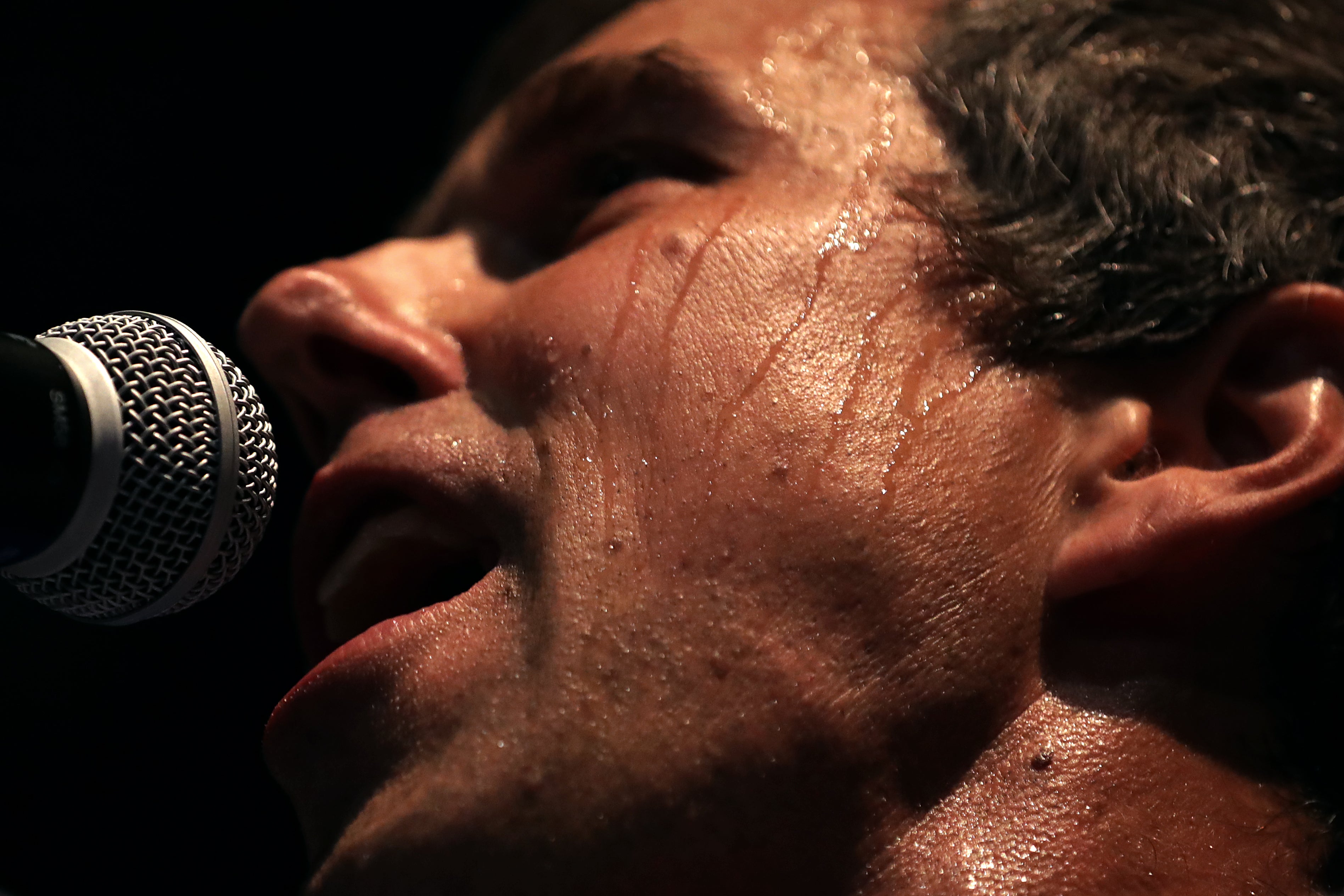 How large a role do genetics play?

Likely a big one, though research into the subject is very limited. A 2002 study following patients with hyperhidrosis (or, excessive sweating) showed that there is a hereditary component to those suffering from the disorder. In other words, you may have your parents to thank for the sweating problem.

According to The Cut, there is some evidence that where you grew up (and its climate) may also play a role. We’re all born with roughly the same amount of sweat glands. During your first two years as an infant, however, some glands never become active and this is based on need.

If you grew up somewhere hot, you would have activated more glands, and thus, sweat more now as a result.

How can I stop sweating?

Well, if you want to stop sweating long-term, it’ll be difficult, but there are some things you can do to curb the problem.

If you’re a frequent pit-sweater, Sweat Doctors lists strong antiperspirant options such as Driclor and the Dove Clinical Protection range. You may also choose to visit a doctor to come up with a treatment plan.

And if you’re looking for a cosmetic change too, try Botox. According to Green, Botox injections in your forehead or armpits can help reduce sweating significantly (though, it won’t always curb the issue of smell, according to Self, so you might still need deodorant if scent is also a concern).

Create The Most Bracingly Cold Shower Experience Ever

I disliked many things about living in Florida, but my main complaint was that I could never quite cool down. For three-quarters of the year, going outside rendered me absolutely useless (because I'm a pale and pasty nerd), and taking a 'cooling' shower didn't help that much, simply because the water never got cold enough. Eventually, I figured out a system for bypassing water temperature entirely.

And yes, drinking ice water will definitely help (Green recommends Gatorade if you want to truly replenish yourself), as will taking an ice cold shower.

If you want to stop sweating quick, Green also recommends the ice pack trick — but using it on the back of your neck, instead of on your forehead or in your hands. “That’s where the sensors are for heat,” she said. “That actually helps more than holding it.”

And from experience, never wear wool under any circumstances. It’s like wearing clothing with a built-in radiator.