Android: We’ve discussed the importance of using a VPN for web browsing several times before, but almost always in the context of finding a VPN to use alongside your desktop browser (and other activities). However, many mobile developers are baking VPNs directly into their browsers, the latest being Opera on Android.

Opera’s new VPN feature is technically still in beta and therefore requires the beta version of the browsing app.

That said, the VPN is quite flexible, allowing you to decide when to enable or disable it and even letting you grant certain sites permission to bypass the VPN when necessary (such as when making location-relevant searches). 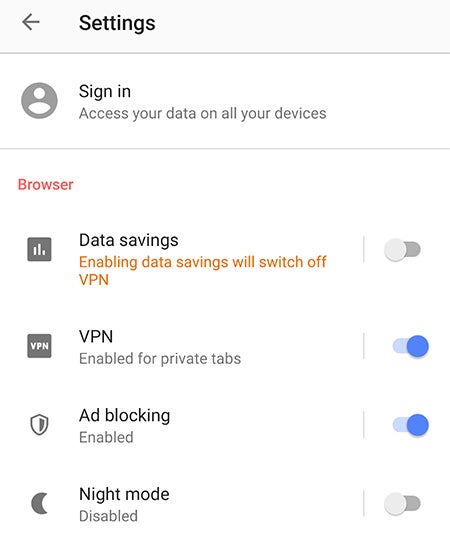 Opera happens to offer multiple mobile browser apps — including Opera, Opera Mini and Opera Touch — but the VPN is currently only available in the Android version of Opera Beta, which is where new features are tested and soft-launched before rolling out to the others.

As of writing, the VPN is still being rolled out to Opera Beta users on Android, so it’s possible you may not have the feature yet — even if you’ve updated to the latest version of the app. Here’s how to check to see if you have the VPN (and turn it on and configure it, if so):

If you followed the steps, the VPN should be activated, but that doesn’t mean your mobile activity is fully protected yet. Opera defaults to only using the VPN when you’re browsing in private tabs, and the app also lets search engines bypass the VPN to access your location data. You can change both of these settings in the VPN’s submenu: 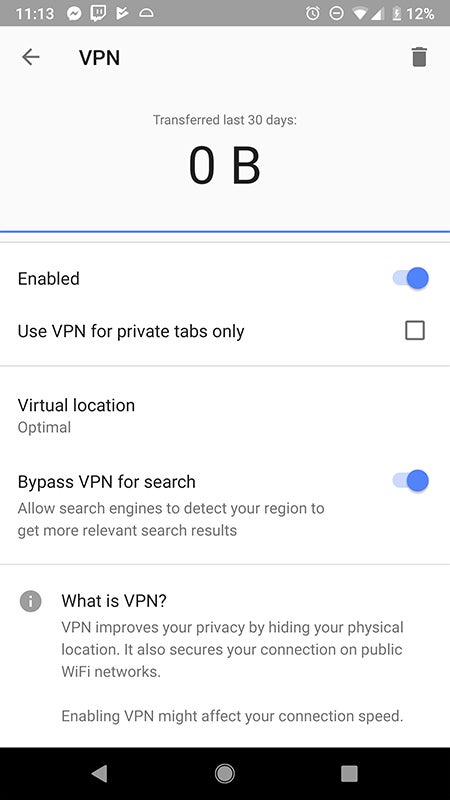 You can check to see if the VPN is active by looking for a blue “VPN” icon in Opera’s address bar. If you’ve turned it on, but you’re not seeing the blue icon, make sure the above settings are also turned off.