Give Drumsticks A Chance

When it comes to chicken, some people seem to only care about the wing. I get it, because wings are — without a shadow of a doubt — excellent, and I’m not here to discourage you from eating or serving them. I am, however, here to encourage you to consider the drumstick. 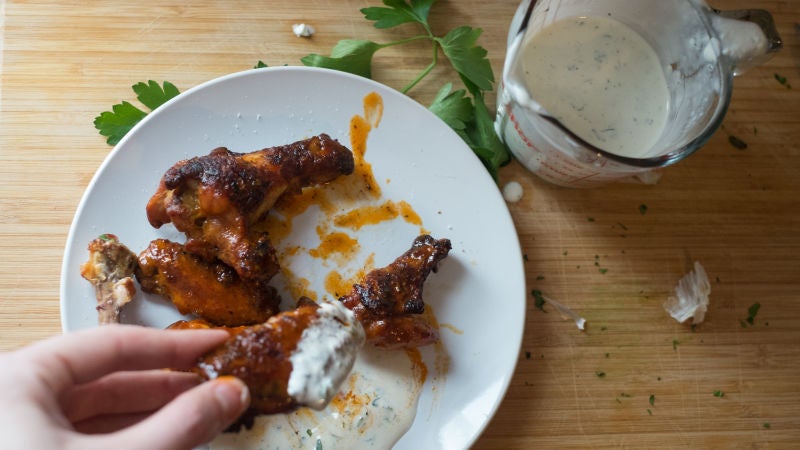 All Our Favourite Super Bowl Snacks

I’ve heard tell of a big sporting event this weekend in the U.S and, if you plan on gathering people to watch it at your home, you are going to need some snacks. Luckily, we have a lot of those around here.

If however, like most Aussies this weekend, you aren't hosting a Super Bowl party then maybe consider these snack options for your next get together instead.

The advantages of the drumstick are many. They’re quite meaty, quite cheap, and they have their own handle, which makes for easy eating. Because of their larger size, they can hold more toppings. You can buffalo them, just as you would a wing, but you can also give them the chicken parmesan treatment by baking breadcrumb-coated specimens until crispy and topping them with jarred sauce and mozzarella.

Want to smother them with nacho toppings? Why the heck not? Drumsticks can take whatever you throw at them.

But first, you bake

Before you start thinking about sauce, you have to cook the drummies. Since they have a lot of fat and connective tissue, you really don’t have to do a ton of prep work to make them taste quite good. If you have 24 hours, a good salting will do you just fine, but if you have two days, you should go the Samin Nosrat route and soak ‘em in buttermilk.

If you’re just salting, all you need to do is sprinkle on a liberal amount of kosher salt, set the drumsticks on a wire rack in a baking sheet, and place the whole, uncovered thing in the fridge for 24 hours.

(For extra credit and extra crispy skin, add a teaspoon of baking powder for every tablespoon of salt.)

If you want to truly blow everyone’s mind: Salt liberally, let rest in the fridge as described above, then chuck ‘em in a bag, fill the bag with buttermilk, and place the bag in the fridge for another 24 hours. Remove the chicken from the bag, wipe off as much milk as you can, brush the ‘sticks with a little olive oil, and place them on a baking sheet with a wire rack set down inside.

No matter which way you prepped your chicken, the baking is the same. Simply roast in a 230-degree oven until the skin is crisp and the thickest part of the drumstick reads 75 degrees on a digital thermometer, 40-50 minutes, depending on your oven. (A convection oven will work much more quickly.) Now you are ready to sauce or top your legs.

Truth be told, the buttermilk drumsticks don’t need any sauce, and you should let the chicken speak for itself. But I get the appeal of a saucy, sticky, mess of chicken legs, and if that’s what you crave, I’ve got you covered (and smothered).

While the drumsticks are crisping up as described above, combine one stick of melted butter and one cup of Frank’s Red Hot sauce in a sauce pan, and heat and whisk until emulsified. Remove the hot and crispy chicken gams from the oven, toss with sauce, place them back on the rack, and return to the oven for another 5-10 minutes, until the sauce looks a little dry. Toss with more sauce, plate, and top with blue cheese crumbles, a drizzle of blue cheese dressing, and shaved rainbow carrots.

You can make a sweet and sour, sticky glaze by mixing 1/4 cup of pretty much any mustard with 1/2 of your favourite jam. As I have mentioned before, I’m a big fan of peach with stone ground, and blackberry with classic yellow, and I feel like orange marmalade with something spicy would be pretty ace. Mix the mustard and jam together, brush it on your crisp chicken drumsticks, and pop ‘em back under the broiler until the glaze is thick and bubbly.

You can take the extra step, and coat the drumsticks with bread crumbs (as the Food Network does here) or you can simply spoon your favourite (warmed) jarred tomato sauce over your drummies, sprinkle on some mozzarella and parmesan, and pop everything under the broiler to melt the cheese. Top with fresh basil, obviously.

If you are craving nachos but avoiding chips for some reason, you can take your chicken, smother it in hot queso (get over yourself and use Velveeta and Rotel), and top with your favourite fixins, such as chopped red onion, pickled jalapeños, shredded lettuce, sour cream, pico de gallo, and any other nacho topping you desire.