I like free games. And I’m not just talking about freeware or open-source titles that are either maddeningly complex or of occasionally suspicious quality. Triple-A titles, when discounted to the low price of zero, are great.

To clarify: I’m not against paying developers for their incredible work. I am, instead, completely in favour of taking advantage of any promotions that get you today’s top games for absolutely nothing. They’re out there. You just have to be diligent about finding and responding to them, or else your gaming gravy train will pass right on by.

Here’s a brief look at the places I go to for free games. If I’ve left any out, let me know in the comments and I’ll update this post with your recommendations.

One of the best resources for free games (and free goodies for your games) is Twitch, but with a caveat. In order to take advantage of Twitch’s frequent giveaways, you need to be an Amazon Prime member. That gets you Twitch Prime, and Twitch Prime gets you free stuff.

If you’re a teenager, you don’t even need your own costly Amazon Prime account. If your parents have Amazon Prime, you can take advantage of that by linking your “Teen login” to their account. You’ll get Twitch Prime, they’ll get their usual Amazon Prime bill, and all will be well with the world. 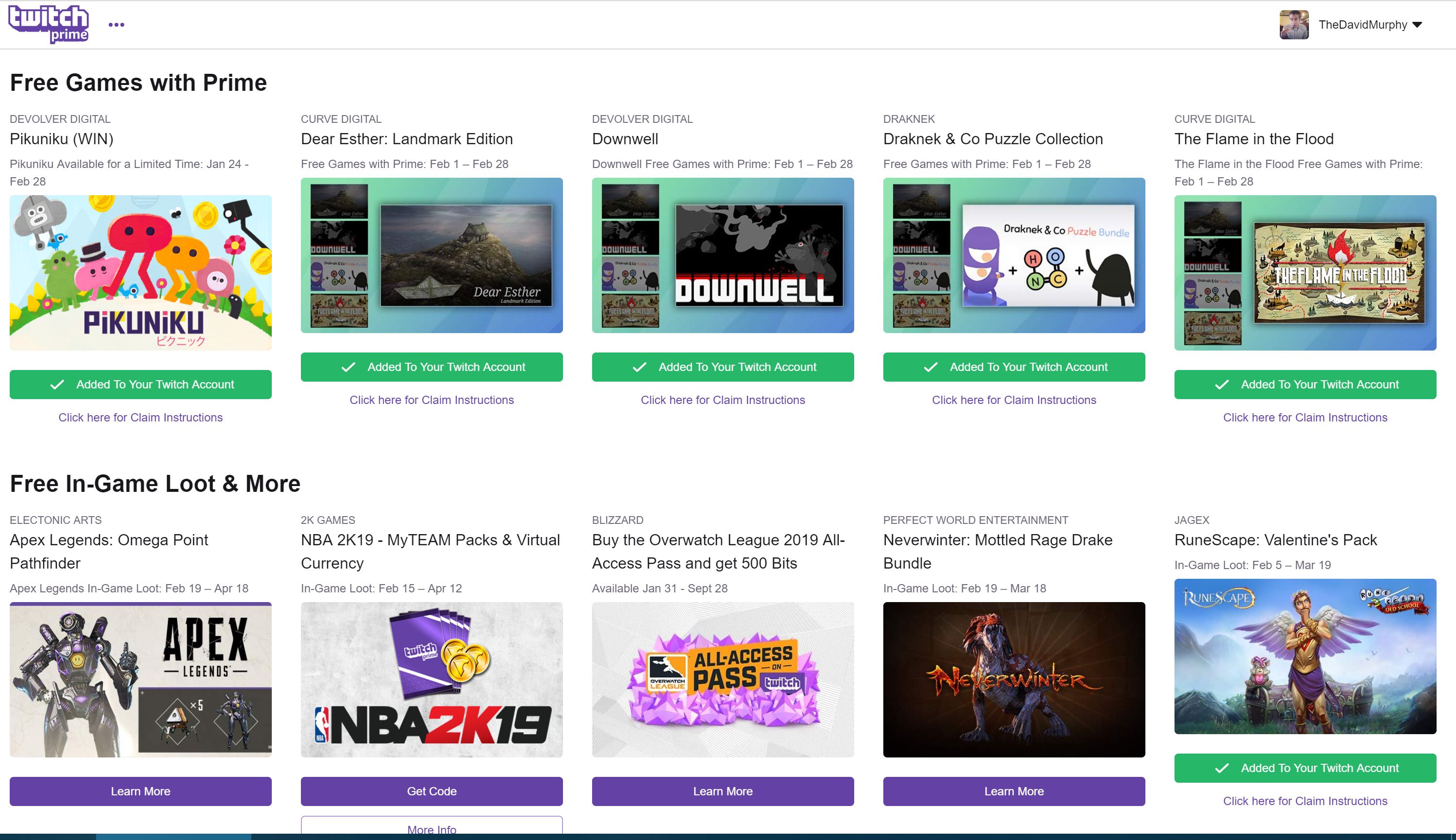 To keep tabs on Twitch’s offers, I bookmark Twitch’s handy hub. There, you’ll see the full, free games you can add to your account and play forever. You’ll typically get new titles once a month, but I like to check back every other week or so just to make sure I haven’t missed anything. (You could also subscribe to Twitch’s various social feeds to receive announcements when Twitch adds new titles.)

Additionally, Twitch also gives you free add-on bundles for games you might be playing — typically skins, loot boxes, mounts, virtual currency, et cetera. These just tend to appear on Twitch Prime whenever, so you’ll want to make sure you’re visiting the site decently enough (at least once a month) to catch them.

The Best Websites To Get Your Retro Gaming Fix

Ready to relive some retro games directly in your web browser? If you're bored at work and your mind suddenly drifts to those hours you spent punching a Nintendo Power Pad as a child, don't worry. You can warp back to your youth without ever having to leave your desk. Check out some of these amazing web sites that let you play all the classics right in your browser - no emulator apps or ROMs needed.

One of the newest digital distribution services on the block, Epic Games’ online store has a sweet setup for the frugal: You get one free game every two weeks. Simple. Check back every two weeks — it’s worth making a recurring calendar reminder given the quality of the offered titles — and you’ll be able to add a new game to your account.

You won’t find a regular schedule of free, top games on GOG.com — aside from Gwent, that is, and you can get a free Card Keg and a copy of The Witcher: Enhanced Edition for signing up for GOG.com’s newsletter. 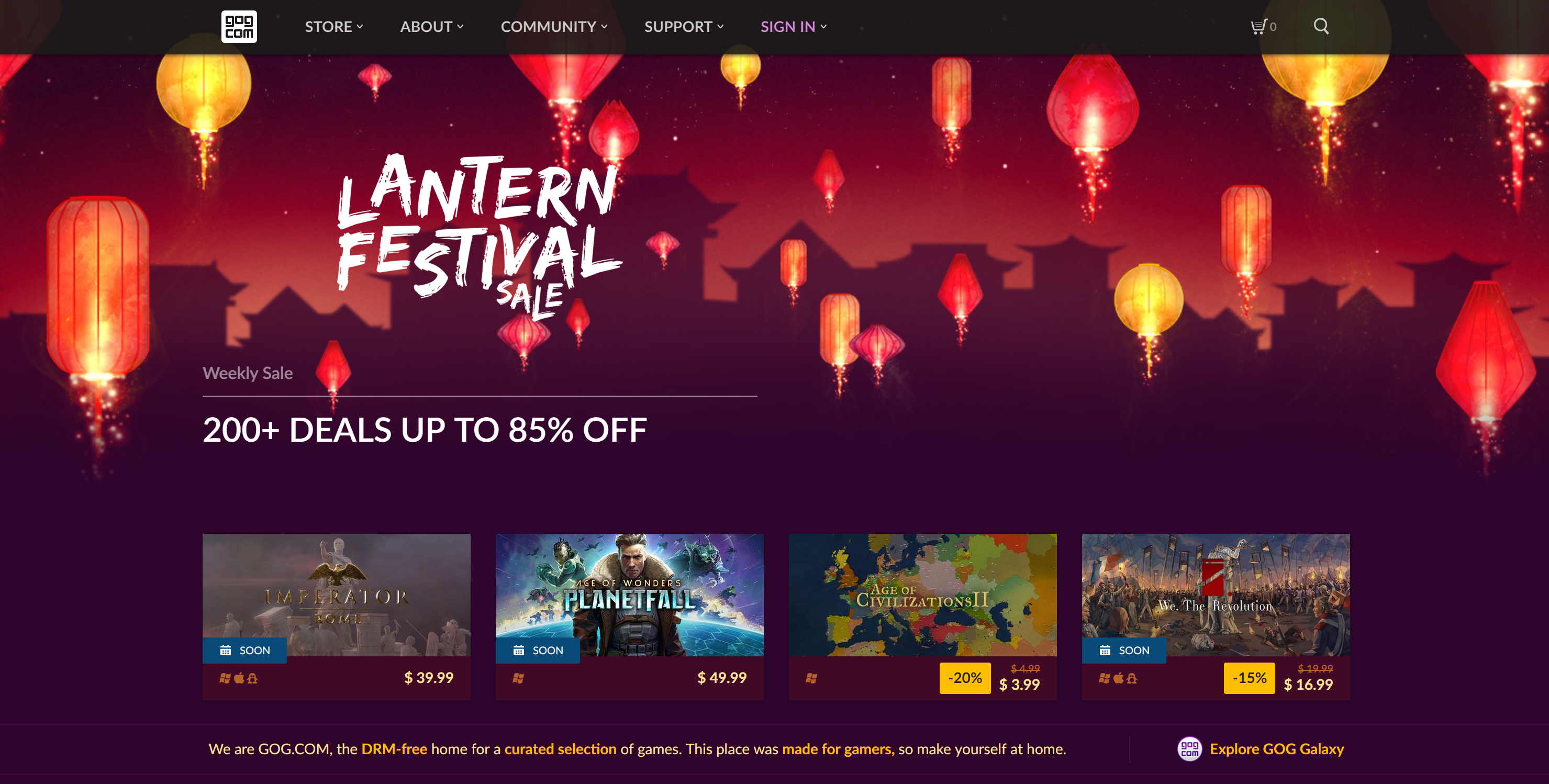 The newsletter, as well as GOG.com’s social feeds, is the best place to hear about any one-off free games the service offers from time to time, which has included titles like Shadow Warrior 2, Full Throttle Remastered, and the ever-creepy SOMA.

You can also bookmark GOG’s search results for free games on its service and revisit that regularly. And there’s also the sprawling “free games” thread on GOG’s forums that’s worth checking.

App bundles are a great way to save a not-so-insignificant amount of money on fistfuls of useful apps and games at once. The concept is easy to understand: A developer or a third-party storefront packs a bunch of interesting software into a digital box and sells it at a big discount, costing you much less than you’d pay to buy each app individually. </p> <p>Sometimes, you play a flat rate to get a number of apps; other times, you can name your own price and what you pay helps determine how many apps you get (or which ones).

Though primarily a storefront for all sorts of deep discounts on packages of games, Humble Bundle will occasionally toss out a free title as part of its limited-time sales (or as a solo offering). You typically have a tiny window to claim some of these free titles, so it’s worth signing up for Humble Bundle’s newsletter, following its social feeds, or checking out a simple Google search every now and then to make sure you don’t miss any awesome, free games.

It’s tough to keep track of every free game that drops on these services (and others). Thankfully, there are plenty of people willing to put in the legwork so you don’t miss out on anything free — be it the latest Assassin’s Creed game or some random indie title you’ve never heard of before. I recommend following these subreddits (or this multireddit) for all your free gaming needs: