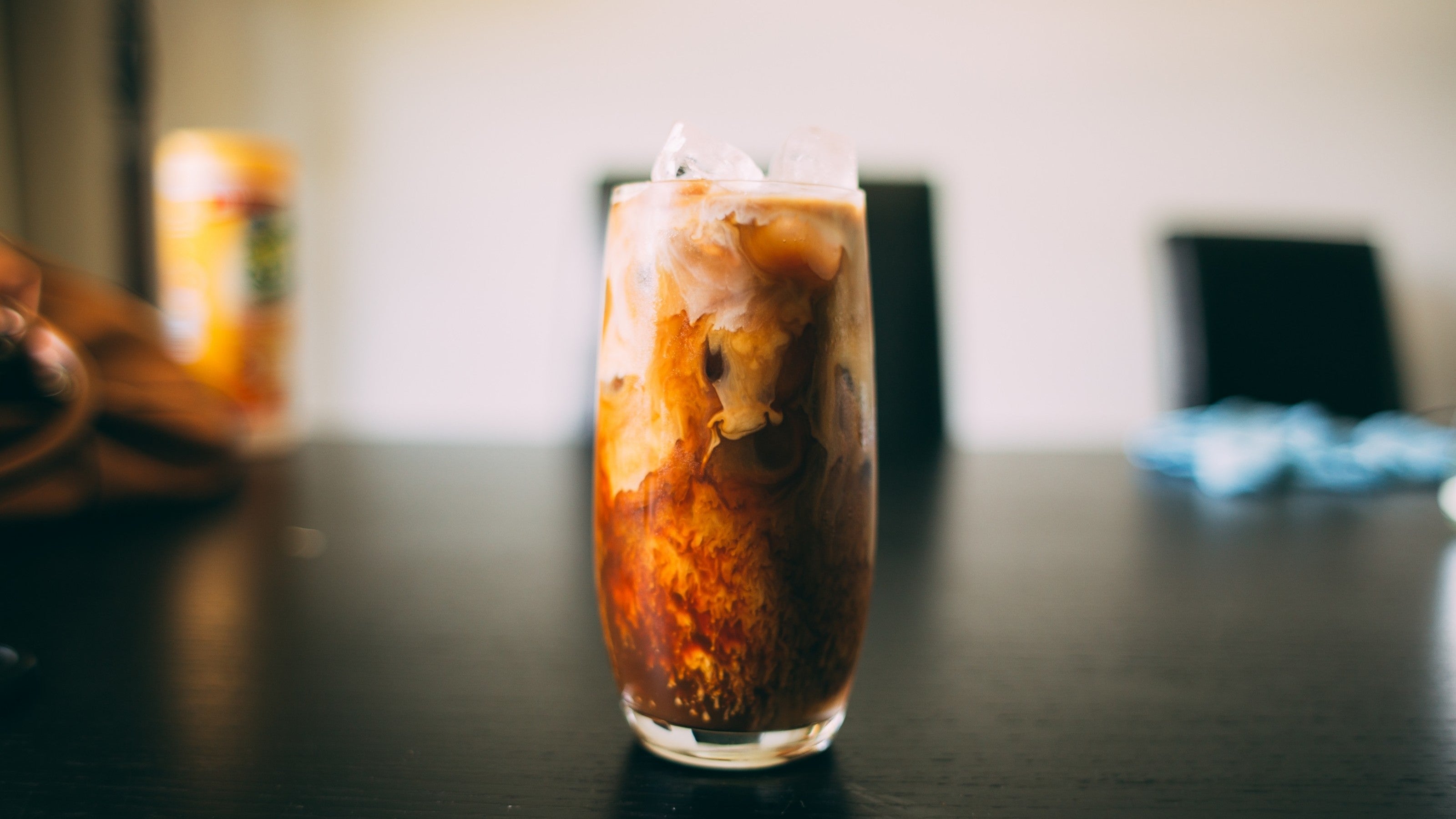 Is your cold brew stronger than a regular coffee? It turns out that's a trick question. Cold brew actually can't extract as much caffeine as hot brewing techniques, but often the finished drink is concentrated enough to rival hot coffee.

That's because cold brew is usually made with a ton of coffee grounds, but then the barista dilutes it with some amount of water, milk, and/or ice. The caffeine content depends on how concentrated the original brew was, and on how much of it ends up in your drink. That makes the caffeine content hard to predict.

Take Starbucks' cold brew for example. It has 200 milligrams of caffeine in a 500ml cup, compared to 165 milligrams for the same size iced coffee. So cold brew is stronger, right?

But they're made differently: the iced coffee starts as double-strength hot coffee, and is poured over ice (which melts into the coffee, diluting it). The cold brew is made by soaking a lot of coffee in a smallish amount of cold water for 20 hours.

In this case, the cold brew is more concentrated. But if you were to order 500ml of hot coffee, no ice of course, that same size cup would hold 310 milligrams of sweet, sweet caffeine.

On the other hand, if you buy bottled cold brew and drink it without diluting it, you're in for a serious caffeine rush: 279 milligrams in Stumptown's 297.67g bottle, for example, which beats out our hot brewed example above in an ounce-to-ounce comparison.

Check out these charts at caffeine informer for the numbers on your favourite brand.