When it comes to security, Chrome extensions are the Wild West. Many of them ask for broad permissions, and if you pick the wrong one, you’ll end up sharing a lot more personal data than you probably intended with a mysterious internet stranger.

Fortunately, there’s a new way to check extensions you’re considering downloading to give yourself some piece of mind. CRXcavator, a web tool from security firm Duo Labs, analyses Chrome extensions and gives you a security report based on the findings from an ongoing review of the Chrome Web Store.

According to the data from Duo Labs’ initial survey of the Chrome Web Store in January, which checked 120,463 Chrome apps and extensions, almost 85 per cent of extensions have no privacy policy, 35 per cent could read your data on any website, and almost 32 per cent — nearly a third — feature known security vulnerabilities. 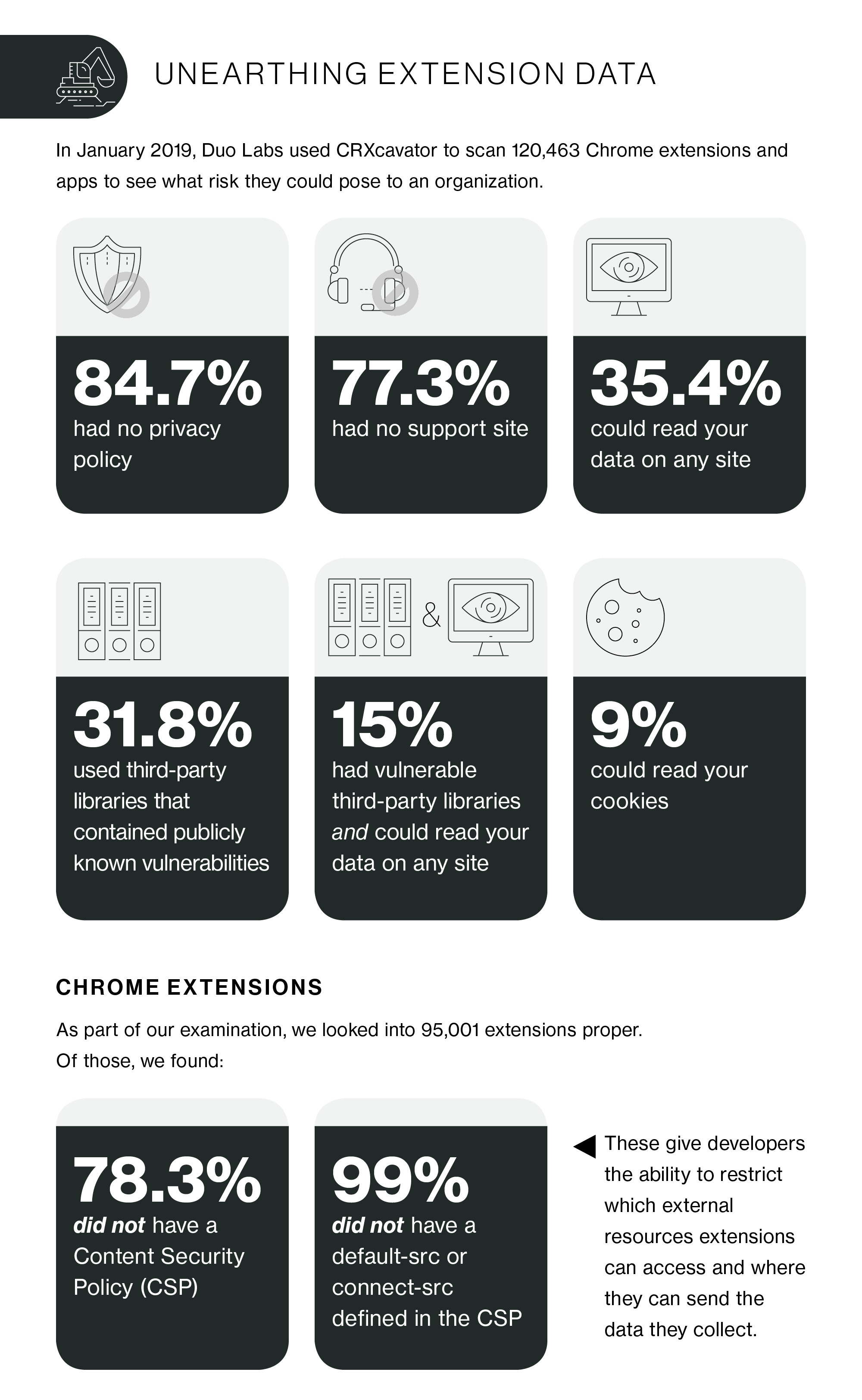 According to its blog, Duo Labs’ reports aren’t just based on its January survey. The company has automated its analysis, scanning the Chrome Web Store and updating its findings every three hours.

To get this information, all you need to do is type the name of the extension you want to check into CRXcavator’s search bar. The report breaks out all of Duo Labs’ findings in very granular detail, and rates each extension with a security score.

If you don’t like what you see, the report offers up a list of related extensions and links to their reports, so you can find a more secure alternative.

Even if this doesn’t change your behaviour one bit, it’s fascinating (and scary) to get a better understanding of the security implications of using extensions.