What To Consider When Choosing Your Dating Profile Pics

People joke that all anyone care about on dating apps is the photos, and it’s kind of true. But you’re not only being judged on a hotness scale—folks are trying to sense of you as a person without reading your bio. A picture says more than you realise about your taste, social life, and world view. Here’s what to think about when you’re choosing the perfect pic.

This post was partly inspired by Reddit user u/DrLawyerPI, who wrote on r/LifeProTips something that many people don’t realise—your pictures make you easy to find on social media:

Not sure about that new tinder match? A quick reverse image search will get to the bottom of who it is you’re talking to. Warning: It’s probably not the girl in the photos. Image results may lead to nswf.

Their concern is getting catfished by someone who is stealing a model or other person’s photos to create a fake dating profile, but this is a point that’s relevant to anyone who wants to preserve anonymity. Is the photo you’re posting somewhere on a public social media platform? If so, anyone who comes across it could potentially find you and your personal info with a reverse image search.

That’s not a concern for everyone. Lots of people post their Instagram handles in their profiles nowadays. If it does bother you, however, make sure your social media accounts are set to private, and use outtakes from the same shoot on the dating app, if you were really feeling your outfit that day or something. Or use images that aren’t posted anywhere else, to be extra careful.

It’s not a crime to post pictures of yourself that are flattering. Angles make a big difference. However, the number of profiles I see that obscure people’s actual faces and figures is utterly bizarre. Yes, folks can be judgmental about looks. Maybe you think you’ll get your foot in the door with a picture of yourself from ten years ago, then win your match over with your personality. Trust me, you won’t. You’ll just annoy them with your dishonesty.

There is one thing I’ve discovered through lots of dating on apps, and it’s that there is a huge variety of bodies, faces, and tastes out there. You want someone to pick you based on who you actually are. Don’t discount that there are people who will be attracted to you. At the very least, consider the humiliation of going on a date with someone who is completely shocked when they meet you in real life. Bet on yourself and pick realistic images where you still feel cute.

The Best Dating App I Tried This Year

Frustrated with Bumble, Tinder, Hinge, OKCupid and Her, I complained to a friend in September about how dating apps had become tedious to me. They asked me if I’d heard of Feeld. Somehow, I hadn’t.

It’s OK To Be Goofy

On that note, it’s ok to have one photo of you as a kid, or being silly, or even of an image or meme you like. It’s not exactly to my taste to see Spongebob as I’m perusing your profile, but for the person you’re looking for, it might be. If potential matches are choosing based on your photos first, it’s not a bad idea to try and inject some more specifics about your personality or sense of humour through images.

That said, the ratio here should be at least 1:4 in my opinion. For every joke image, there should be minimum four clear photos of your actual person, and the joke pic should be positioned dead last, never first! Anyone who has a profile comprised entirely of sunsets, cartoons, dogs, or obscured artsy-fartsy store display window selfies is going directly in the “no” pile. It indicates you’re either lazy or trying to hide yourself.

You probably think you take the best photos of yourself in the world, ever. That might be true, but it’s creepy when every photo of someone was taken by them in their bathroom or their car. It looks like you don’t do anything and you have no friends. Both those things might be true, I guess, but if you’re not getting any matches, your selfie-only profile may be to blame. 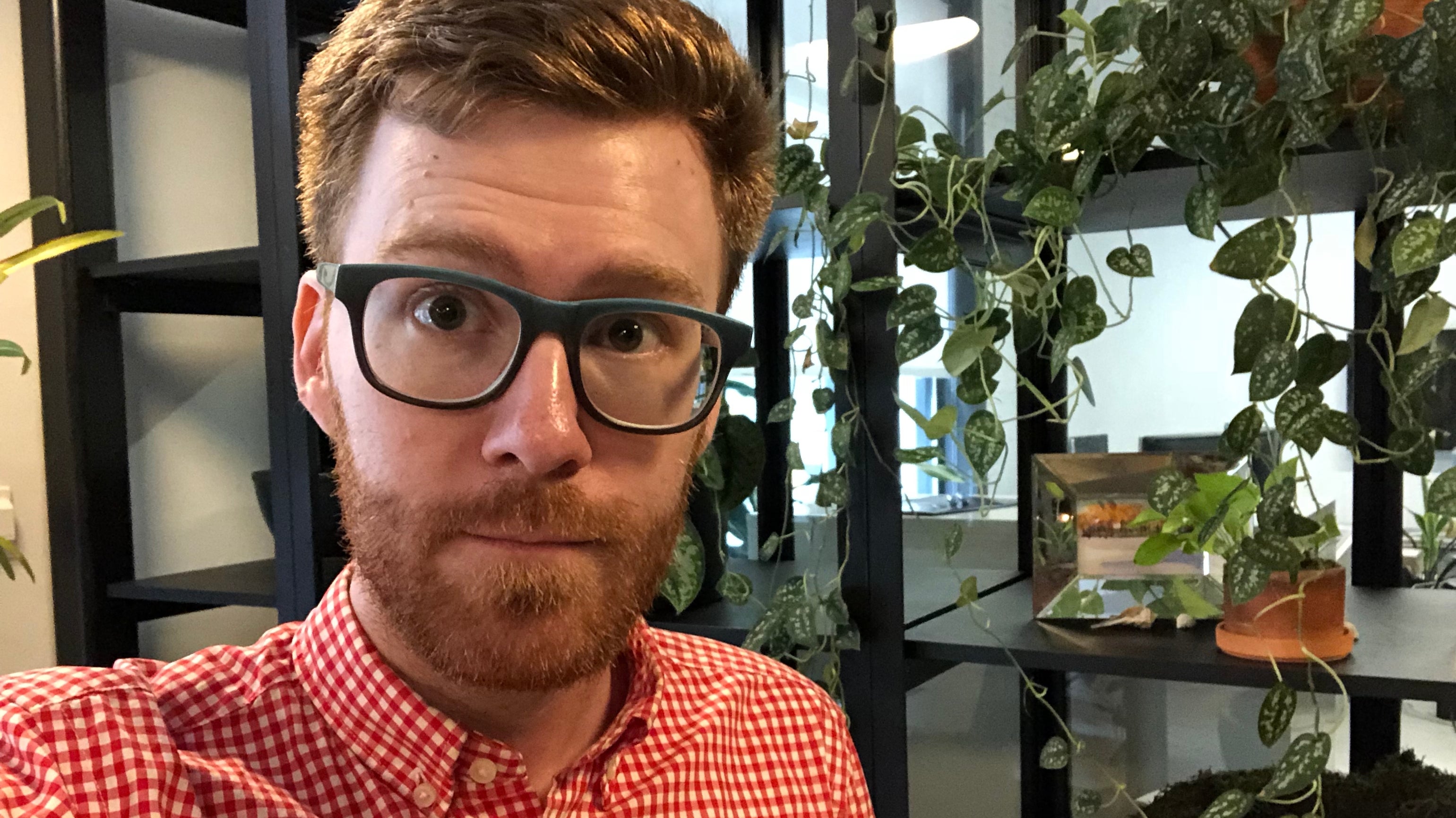 Men, Stop Making This Face In Every Selfie

Why do so many young men make the same vague face in all their selfies? Why do they all raise their eyebrows and tighten their lips like office workers greeting each other on a Tuesday? What are they hiding? What are they feeling? Vox asked a handful of them, and got some excellent self-deprecating answers.

Get some action shots in there; show yourself with friends and out in the world. If that’s not possible, maybe you need to develop a social life outside of dating before creating that Tinder profile. Also, beware going in the opposite direction—if every picture of you is in a crowd, it’s pretty hard to tell who I’m swiping on! No one wants to play Where’s Waldo on Bumble for someone they’ve never met.

Not Everything Is For Everybody

Discussing dating app photos always leads to a heated discussion. People are attracted to different things, and some types of pictures will always be a turn off for someone. As an example, several Lifehacker staffers told me they always reject men who post shirtless photos. Personally, I like the preview. But I agreed that any photo of a man holding a dead fish is a hard pass.

Clarity about who you are is the most important thing; like speaks to like. Someone out there wants to see that animal you killed on a boat, so share it if it’s important to you; pretending it’s not will only get you matches you have nothing in common with. And please, please have at least one photo where you’re not wearing sunglasses.