Your Biggest Tech Regrets Of 2018

featurehardwareregretroundupsoftwaretechnology
Facebook may have decided that you shouldn’t see the news, but we think you deserve to be in the know with Lifehacker Australia’s content. To sign up for our daily newsletter covering the latest news, hacks and reviews, head HERE. For a running feed of all our stories, follow us on Twitter HERE. Or you can bookmark the Lifehacker Australia homepage to visit whenever you need a fix.

Wifi extenders. Secondhand CPUs. A “piece of crap” Kindle Fire. Lifehacker readers are generally smart and astute, thanks in part to the buffet of productivity tips they feast upon every week. Even the best of us makes mistakes, though.

My tech regret for 2018 is simple: I bought an SNES Classic. Don’t get me wrong. I think The Legend of Zelda: A Link to the Past is one of the finest video games ever created, and that will never change. However, I had this weird premonition when purchasing it — after a beeline run to the local Target when I saw they had a few in stock — that I would probably play the console for a week, think happy thoughts about my childhood, and let it collect dust.

Lifehacker readers had a few blunders this year, too. We asked you to share your stories of tech regret last week, and here are some of some of our favourites. May 2019 be ever in your technological favour.

Not buying a better router. I have the crappy Spectrum one that was included with our service and the range feels like its only good for roughly 25ft. Barely reaches upstairs. I bought a WiFi extender but the signal barely reaches that. Any one have a suggestion for a decently priced router?

Lifehacker reader Yes I drive a 240… Sort of made the mistake of going for a wifi extender that, sadly, didn’t do very much to help his wireless issues. Without getting into the weeds, basic extenders are generally garbage for a few reasons: You don’t get that much extra range, since you need to position it well within your wifi router’s “bubble” for the best possible speeds. After that, your wifi performance with an extender might get cut in half anyway, since the extender has to do double-duty—relaying the same data back and forth to your router and your connected device. A dual-band extender can help with this, but you’re still better off getting a higher-performing router. Better yet, pick up a mesh system that uses a high-speed (5GHz) dedicated wifi backhaul. Or wire your house with Ethernet and set up a bunch of access points. The possibilities are many.

With smartwatches, try before you buy

I asked for and received an apple watch for my birthday. I wanted one because the commercials made them out to look really cool. 2 weeks in now and I don’t really know what the apple watch is good for. I even attended the apple watch basics at the apple store to learn more about the available features. But it seems its biggest, most promoted feature is being able to switch the “face gallery” and reminding me to breathe. It’s now just a $400 piece of thing sitting on my wrist. I’m trying to figure out how long I have to keep it (as to not upset the gift givers) before I can sell it.

Lifehacker reader Heyhowareyouall bemoans his new Apple Watch. I get it, I do. I had an Apple Watch a long time ago (first-generation, I believe), and then I sold it, and then it was years before I convinced myself I ever needed another smartwatch—for the exact same reasons you’re describing. I find most smartwatch apps terrible, at best, and I mostly use my smartwatch’s features for fitness. If i’m not working out, it’s an expensive timepiece that I can also use to control my podcasts on my iPhone if I’m feeling lazy.

I don’t really have any good suggestions for this one, other than to be mindful of Apple’s 14-day return policy for hardware. Two weeks should be enough time for you to tell if you like or hate a new, expensive purchase (or gift).

The same advice goes for you, Lifehacker reader tulleytwo, who let us know that their biggest regret was “Homepod. I bought one because I thought it would be useful. It isn’t and my wife reminds me of that every time I want to buy another tech toy.”

Maybe virtual reality isn’t the greatest thing ever after all

I was going to say the iPhone SE I just bought in November (hate large phones), but, in spite of the wads of cash I spent on an obsolete phone, the money I spent on the Oculus Go I regret far more. It has a mediocre screen, an awful controller, terribly annoying interface, is uncomfortable, and there is nothing to actually DO on the thing other than watch 4 minute demo videos that are supposed to make you feel like ‘the future’.

Headsets are bulky and annoying to wear after a decent period of time, and the image can’t compete with what you’d get from a decent monitor or awesome gaming display. Most of the reason for buying a virtual reality headset right now is gaming. You can still have some super-fun experiences, don’t get me wrong, but I think I’d rather save up for a sweet display or GPU upgrade than a headset that feels fun at first, but doesn’t seem like the kind of thing you’d use on a regular basis.

Hop back in your time machine

I bought a CueCat.

Technically, Lifehacker reader Ron Mexico Will Pay for the Wall didn’t buy a CueCat in 2018—I hope—since this weird barcode-scanning device came out in 2000. The idea was that you would use this weirdly shaped device to scan codes that would then take you to websites. Because, you know, we all need some hardware gadget instead of a simple text hyperlink. Maybe it would have had some traction if looked more serious than this: 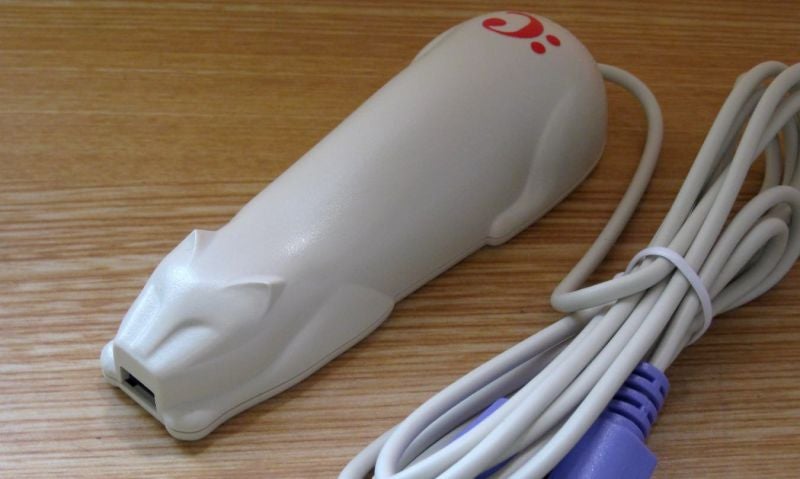 Photo: Ron Mexico Will Pay for the Wall

Hacking your purchases to get what you want

the part of your response about what you did with your laptop-that-didn’t-work, but it’s intriguing that you’re planning to use it as a daily desktop driver now. Report back if you manage to get five monitors hooked up. I’d love to see what that looks like… and if your laptop bursts into flames after one hour of gaming on that awesome-sounding setup.

How long should you wait to buy something you really want?

My biggest tech regret was not on the item itself but more on the price. So I bought a Crucial SSD a few months ago. I thought I got a good price but then its price kept falling; last time I check it was $US68 or something. Had I waited a bit, I would’ve saved even more. But all things considered, I was happy with the purchase. I’ve known the risk that with tech purchases, there would always a better price around the corner.

Ah, I know this game well. I’m always looking for that next big upgrade, but I hesitate to pull the trigger because even a decent-sounding deal now could be eclipsed by an awesome deal later—which is why I invariably make all my big tech purchases around Black Friday. That tends to save me the most money, even though it means I’m only “allowing myself” to buy new gear in a very tiny window of time.

That said, you shouldn’t feel bad, Lifehacker reader JoshTheBat! You saved some money, which is better than not saving any money at all. And as far as upgrades go, replacing a mechanical hard drive with an SSD—I’m assuming that’s what you did—is the kind of upgrade that you’ll immediately notice. Sure, you could have saved a little extra cash if you waited, but you would have had to suffer a slower experience for more weeks/months.

Maybe you should wait before buying some tech gear

No question buying a Pixel 3 XL at launch. I love the phone and camera, just the launch experience felt like a price gouge within weeks of purchase. I was a little dismayed at the paltry specs for a $1500 phone at launch, but accepted that maybe this is our new tech reality with Apple being the price setter. But seeing 2 for 1 discounts discounts by the time Black Friday rolled around just proved that the price point for Google isn’t reflective of the hardware and cost reality, but is just a Google tax (much like the Apple Tax) in order to have their premier phone with the most-up-to-date Google software experience. I ended up buying a Pixel 3 for my wife at a near 50% discount from the release price of a few weeks earlier.

When it comes to smartphones, specifically, I’m always of the opinion that it’s better to wait a little bit—if you can—because you never know what kind of deal you’ll get once the launch excitement dissipates. Heck, even Apple thew down some pretty decent deals this year for the new iPhone XS and XR, assuming you traded in an older iPhone to get one. You would have had to wait 1-2 months past launch to get them, sure, but if you can suffer an older iPhone for slightly longer, you could have saved a few hundred bucks in total.

With both the Pixels and iPhones typically arriving in the fall, I’d say it’s at least worth it to wait until the insane Black Friday shopping time to make a big new smartphone purchase. That’s usually only a month or so, and that’s one of your best opportunities to score a new phone for a lower price. Or, as Lifehacker reader Camelot puts it:

“Never ever buy a phone on launch 🙂 They’re counting on the hype to boost profits (Apple is a master of this). Wait ~6 months to almost before they launch the next version. You’ll save a ton of cash. Your phone won’t be ‘outdated’ a year after anyway.”

Anki cosmo and Anki vector. Kids play with it for a while and then realise their dog is far more interesting. These expensive robots just have a few cute tricks and that’s it.

Well, yeah. I couldn’t agree with your kids more, Lifehacker reader Retrobanana. A real dog is a lot more fun than some funky little robot that’s limited to a few interactions—or even a few hundred interactions. At some point, the novelty factor wears off. And given how kids probably have their obsessions already stamped into their tiny brains (Fortnite, anyone?), even a shiny new robot toy isn’t probably going to hold their attention for long versus the tech toys (or family pets) they already love.

Maybe you could introduce the Anki Cosmo or Vector to your pet?

I accidentally texted a photo of my penis to my mother-in-law. Does that count?