Why You Need a Travel Agent (Sometimes)

How to Talk About Mental Illness in a New Relationship

How To Survive A Group Dinner At A Restaurant

Imagine a party where everyone has to arrive and leave at the same time, where some guests are only allowed to talk to two or three other people all night, and there’s a mystery price (anywhere from $20 to $80) that every guest pays at the end. You just invented a group dinner at a restaurant!

Large group dinners are great for the person organising them, and horrible for everyone else. They are organised by cowards, who want to gather all their friends without doing the work of hosting a party. Because they’re often arranged to celebrate special occasions, they are most likely socially mandatory. Here is how to survive them.

This is how the ruling classes keep us down, and it is how you get the good seat.﻿

Yes, drag this event out even longer. Show up early and grab a drink (or a soda) at the bar, and if you have friends coming too, tell them to show up with you. This way you can gather your ideal table neighbours before everyone is seated.

The problem with group seating is that while everyone wants to sit next to the “host” or the guest of honour, they are only allowed to get so pushy about it. Decorum demands that no one openly argues for the good seats. But you can bypass decorum if everyone thinks you have some right to the good seats, because you are already in the middle of a conversation with the guest of honour, and you wish to continue it. You have established seniority by showing up early.

People are afraid to protest an unfair situation if it seems like the natural order. Our simple monkey brains are OK with everyone competing for limited resources, but not OK with taking resources from someone who hoarded them, and redistributing them equally. This is how the ruling classes keep us down, and it is how you get the good seat.

It’s also how you apply social lubricant before the toughest part of the evening, when everyone’s sitting around an empty table. So if you end up next to the wrong people, at least you’ll be less shy. 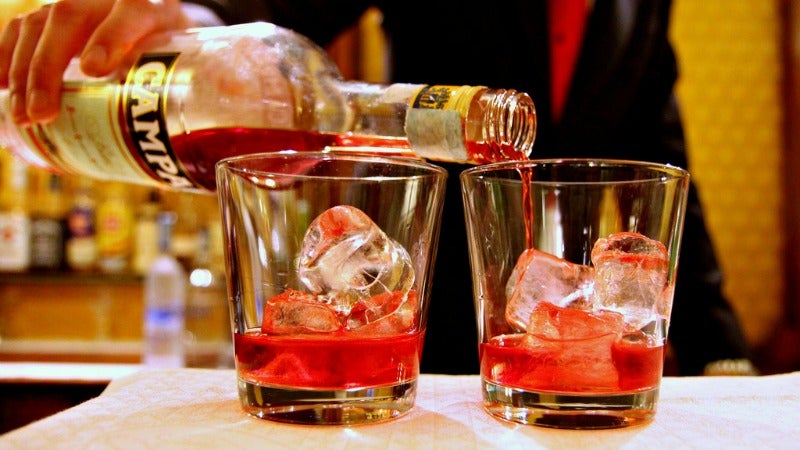 Splitting any restaurant bill is fraught. Do you split it evenly for simplicity, annoy the staff with separate checks, or try to calculate everyone’s share? The bigger the group, the less you can assume that everyone has plenty of money for the meal, or that everyone can “get each other next time.”

Group restaurant dinners are often birthday dinners. This is a doubled evil. It is common etiquette that the birthday person shouldn’t pay for their own meal, even if they’re the ones who picked the fancy restaurant. This kind of person doesn’t deserve to have more birthdays, but we can’t give you advice on arranging that. We can only help you mitigate the financial damage.

Everyone will be forced to share the bill, so share the meal. Order wines for the table, appetizers to share, entrees to share. Go full family style. Then the only feasible way to split the bill is evenly. It won’t be seamless — some people will insist on ordering their own drinks separate from the wine — but it will eliminate one step of the financial negotiations. And you can openly propose it at the beginning of the meal — both the food-sharing and the bill-sharing — so everyone knows what’s coming. Even if the restaurant isn’t usually a family-style joint, just throw this idea out there and see if you can’t all reach a happy agreement ahead of time.

How To Split The Bill When You're Eating Out With Friends

Even if you’ve staked out a good spot and solved the impending financial crisis, dinner conversation can be awkward. People might retreat into their phones, and you know that once one person does this, so does everyone else, and now it will be much harder to start up the conversation again. Well, awkward situations are why people invented cheesy games.

First, if you feel someone about to check their phone, call out “phone time!” and let everyone check at once. (A friend of a friend once saw Leonardo DiCaprio do this.) Then announce the game: “OK, in two minutes, we all have to share the most interesting thing we saw on our phones.” Or “When we’re done, I want to see the funniest picture you all have saved on your phone.” This is silly and also a little awkward! But it turns the phones from a distraction into a conversation starter. Everyone has something funny or interesting on their phone. And now you have a new handful of things you can start talking about—things people have just chosen for their potential interestingness.

You can combine this with one of our other favourite group-dinner hacks: the contest for the last bite of food. The person with the funniest thing on their phone gets the last spanakopita.

Say a good friend of yours invites you to a big group dinner, and you feel really bad about declining. Don’t feel bad! Pick a different date to get drinks with them, or a one-on-one dinner. And know that by opting out, you’ve shrunk the group dinner, making it more tolerable for everyone else.

You could even go crazy and offer to host. Turn it into a potluck. Give yourself a whole new set of problems to deal with. Just as long as it’s not calculating 11 checks after spending an hour next to someone’s cousin.