How To Block Bands On Spotify

You <em>should</em> be able to quickly block an artist when one of their songs pops up, but it’s not as easy as that. (Screenshot: David Murphy)

Go ahead and get the “Thank U, Next” joke out of your system. I’ll wait. Because that’s exactly what you’ll be doing with Spotify’s latest feature: telling various bands you can’t stand that you no longer want them to pop up on the curated playlists you otherwise enjoy.

And this isn’t just about annoying music. There are very legitimate reasons why you might have a moral objection to certain artists — known serial abusers, for example — and you’d rather they just go away for good. If you’re lucky, you might even be able to boot them out of your Spotify life right now.

As Thurrott reported yesterday, Spotify appears to be testing the new artist-blocking feature “with a smaller group of users.” I’m not running any alpha or betas of the Spotify app, but I noticed that I have the feature. You should check, too, as turning it on for any artist you dislike will ensure you don’t have to hear them on Spotify ever again. As Mehedi Hassan describes:

“This means it will block music from that artist on your personal library, playlists, automatically curated playlists, charts, radios, and everything else. In fact, you won’t be able to manually play music from an artist you’ve blocked even if you wanted to — and you’d have to unblock an artist before you can play a certain track from them. Blocking an artist doesn’t block tracks they have featured on, however.”

You would think that it would be easy to block an artist the minute one of their songs pops up, but the process is a bit more involved than that. When you tap on the triple-dot icon next to a song’s name in the Spotify app, the context menu doesn’t give you a way to block the artist outright. 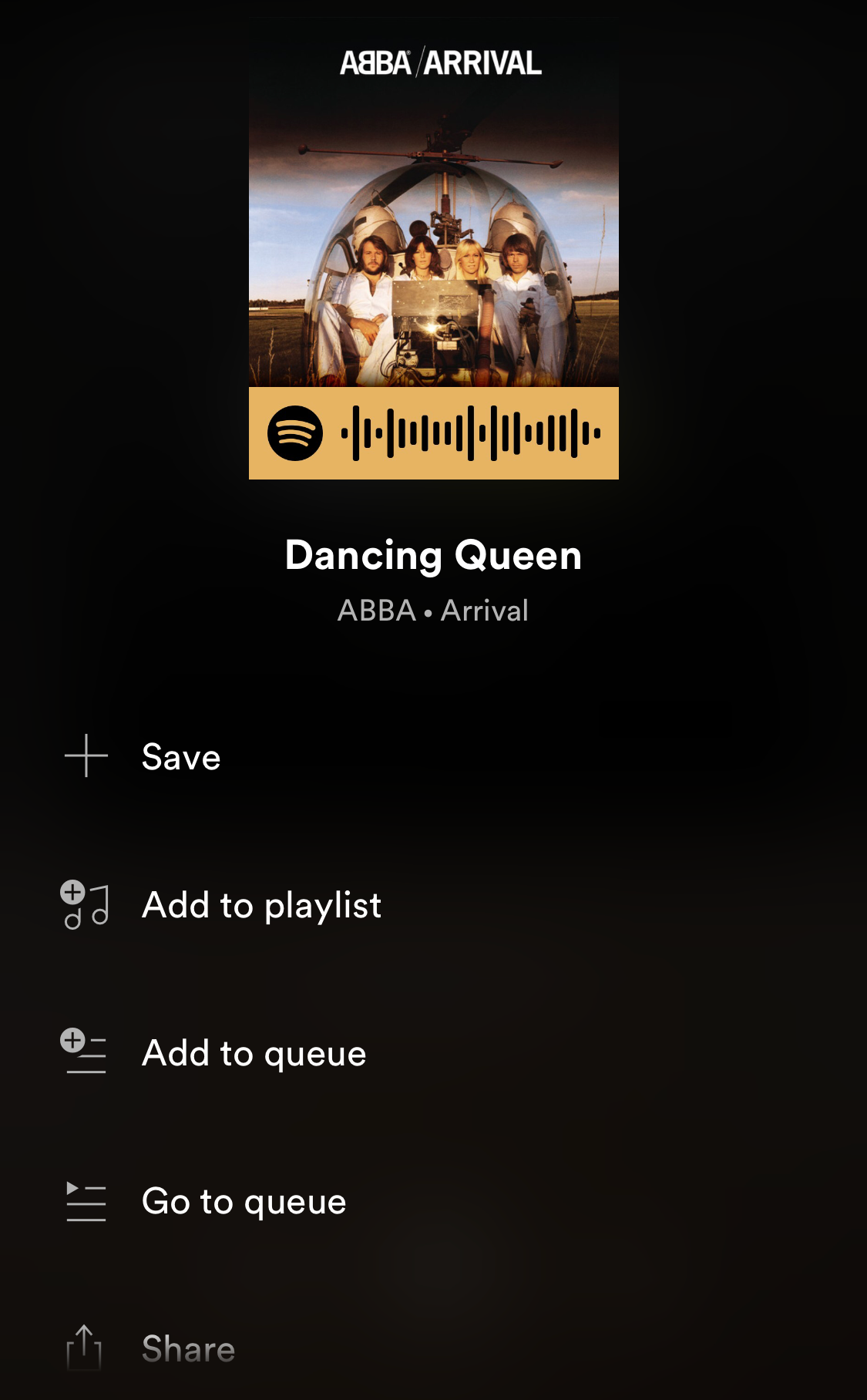 You should be able to quickly block an artist when one of their songs pops up, but it’s not as easy as that. (Screenshot: David Murphy)

Instead, you’ll have to scroll down a bit and tap on “View artist,” or just visit an artist’s Spotify page directly in the app. (Though I can access artist-blocking features on my iOS Spotify app, I didn’t see them on the web-based player or the Android app when I wrote this article.)

Once there, you’ll have to tap the same triple-dot icon in the upper-right corner of the app to access the contextual menu for the artist in question. If you have access to Spotify’s blocking feature, you’ll see a new option that reads, “Don’t play this artist.” Tap that, and you’ll be (almost entirely) free from them on Spotify — or, at least, until you have a change of heart (or become obsessed with a new single). If that happens, you’ll have to visit the artist’s page again to remove your block. 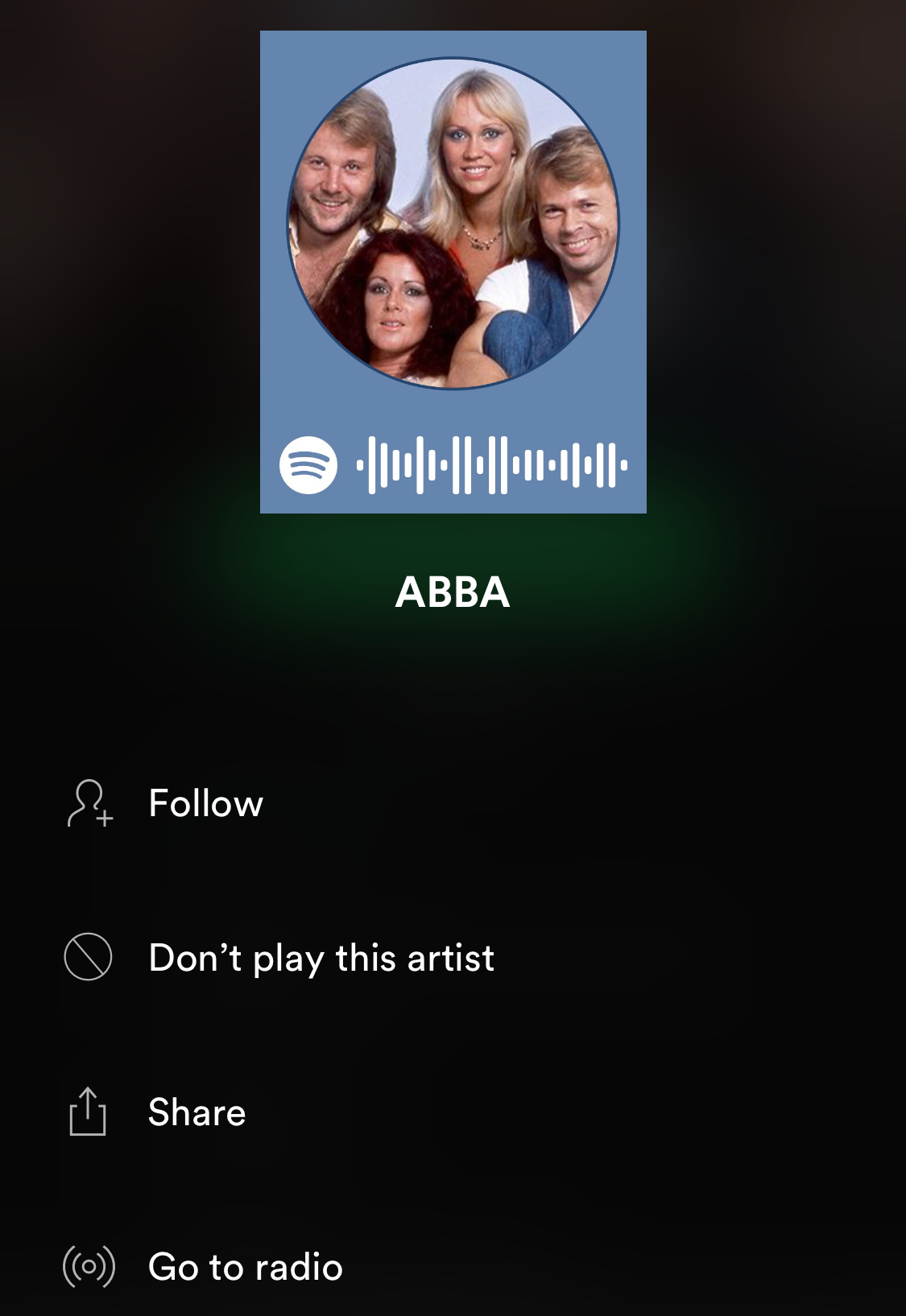 And it’s important to note that this “block” isn’t like to a Facebook block, where you’ll never see that which you block on the service. When I blocked Abba on Spotify, for example, they still appeared on Jonathan Van Ness’ (incredible) playlists. However, when I ran through the playlist, Spotify automatically skipped any and all Abba songs. (Sorry, Jonathan!)

There’s no word on when Spotify might roll this feature out to more users, so keep checking the app if you don’t have the blocking ability. You could also try enrolling in the service’s alpha or beta tests, if you want speedier access to whatever the company is working on.