All Your Sunscreen Questions, Answered

Sunscreen is a wonder of technology. It’s the closest thing we have to an anti-ageing miracle, and it makes the outdoors safe for pale folks like me who would otherwise fry to a bright pink crisp. But we know you have questions about how to use it, and even whether you really need to use it. Here’s our primer on all your sunscreen basics.

When Do I Need to Wear Sunscreen?

Dermatologists will tell you, all the dang time. You may remember from your carefree childhood that sunscreen was just a thing for occasional beach days, because those were the only times you worried about sunburns. The dermatologists are right, though.

Sunburns happen when you’re exposed to a lot of UVB rays from the sun. This only really happens in the middle part of the day in the summer, since that’s when the sun is shining straight down on us. Once the sun’s angle dips below 35 degrees, either because it’s early or late in the day or because it’s winter, you won’t get any significant amount of UVB, and thus don’t have to worry about sunburn.

But a good sunscreen will also protect your skin from UVA rays, which cause thickening and ageing of the skin. They also contribute to your risk of skin cancer. Ever seen that photo of the truck driver with lumpy, wrinkly skin on one side of his face? UVA passes through windows, so even though he wasn’t necessarily getting tanned or burned, his skin still suffered the effects of UVA rays during 28 years of driving.

Nobody gets off easy here, sorry.

Dark skin protects you a little, but not entirely. The more melanin you have, the less likely you are to get sunburns or skin cancer. But it isn’t perfect protection, so dermatologists recommend using sunscreen anyway. Consumer Reports recommends a few brands that don’t look ashy on dark skin, including Coppertone ClearlySheer and Banana Boat’s Clear UltraMist.

Women are perhaps more likely to pay attention to the need for sunscreen, but people of all genders are at risk for skin cancer, not to mention ageing and sunburns. So go ahead and use it anyway, and rub some into your beard if you can. How To Do Skincare When You Have A Beard

We recently wrote about why skincare is important, and what you need in a basic routine. Our sources stressed that everyone, even men, should use sunscreen daily, and usually moisturizer, too. But one commenter piped up to ask: Uh, what if I have a beard?

But Is It Safe?

Yes. OK, you’re rubbing chemicals into your skin pretty much every day, and it’s understandable to be a little worried — but then again, you’re also rubbing chemicals on your skin any time you apply a lotion or cosmetic. Science has not found any serious threats to your health from using sunscreen.

Coral reefs do have something to fear from sunscreen: The chemicals oxybenzone and octinoxate are dangerous to them, which is why Hawaii has banned them. If you swim near coral reefs, avoid these ingredients. Otherwise, any sunscreen is fine.

If you’re skittish about anything linked to a small risk of cancer, then look up — the actual sun is the bad guy here. Going out without sunscreen poses more risk to your health than any of the ingredients in sunscreens.

There aren’t any effective alternatives to sunscreen, either (besides staying indoors; that works pretty well). If somebody is trying to sell you dietary supplements to improve your sun resistance, or convince you that you can slather on some coconut oil instead, just say no. 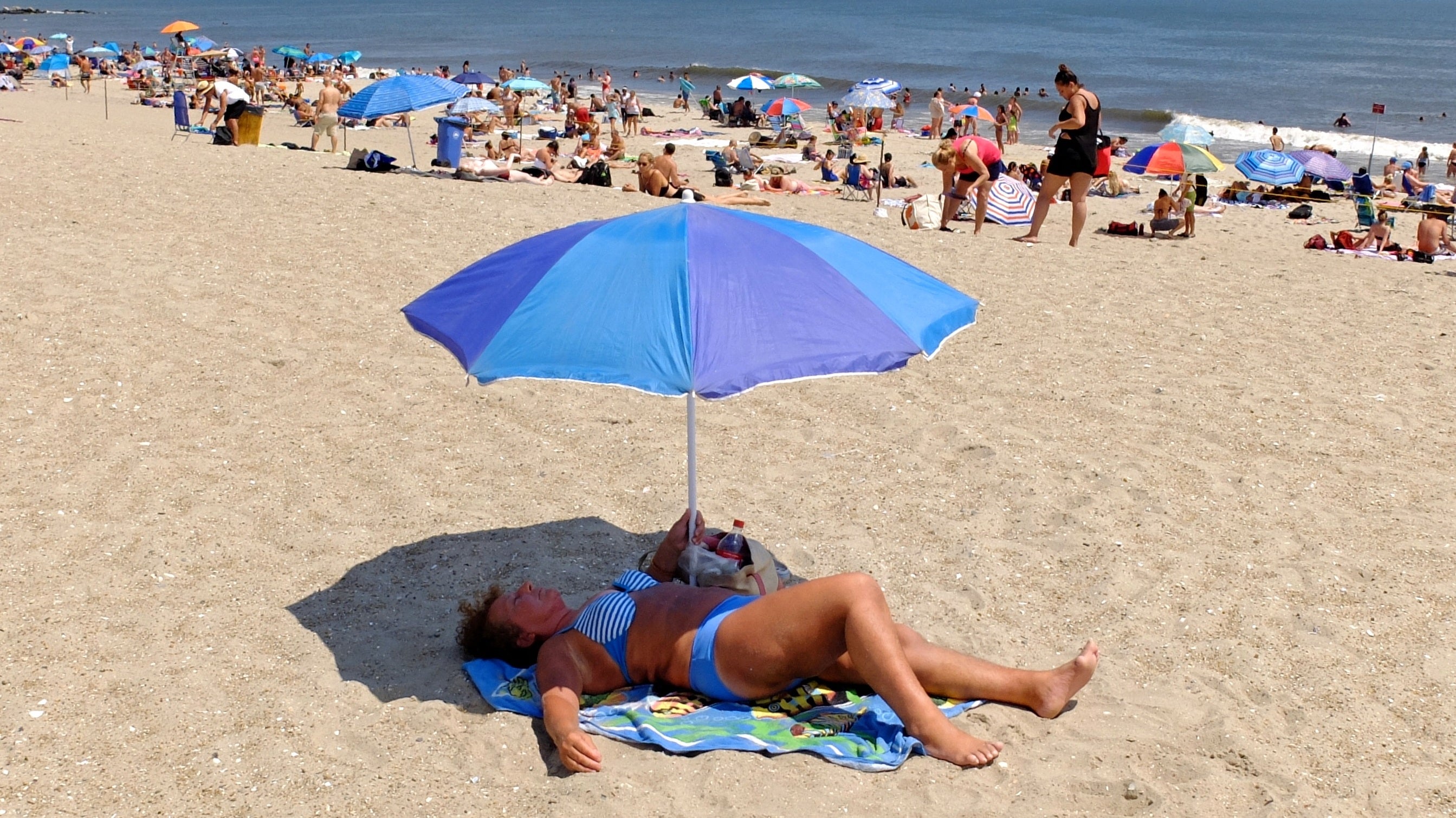 There are downsides to sunscreen: it can be greasy, it's annoying to have to reapply, and from time to time people will try to scare you into thinking it's dangerous. (It's not.) But you know what the upside is? It's actually sunscreen. Pills and DIY coconut oil recipes are not.

By the way, if you’re wondering what about my tiny baby’s delicate skin, the answer there has always been to keep babies in the shade if they’re under six months. This also means you don’t have to worry about them sucking all the sunscreen off their hands.

How Much Do I Really Have to Use?

As much as you can. It is very unlikely that you, as a human being, will ever manage to apply enough to get the SPF on the label. Sunscreens are tested with 2mg of product per square centimetre of skin, an amount that scientists chose for their convenience. (Spread it any thinner, and it’s hard to be consistent in your testing.)

But most people apply a quarter of that amount, or half if they’re really trying. So, sure, try to get that full shot glass (30ml, or about a ping pong ball sized blob) onto your entire nearly naked beach body. But be aware that you’re probably getting less protection than you think, which means: 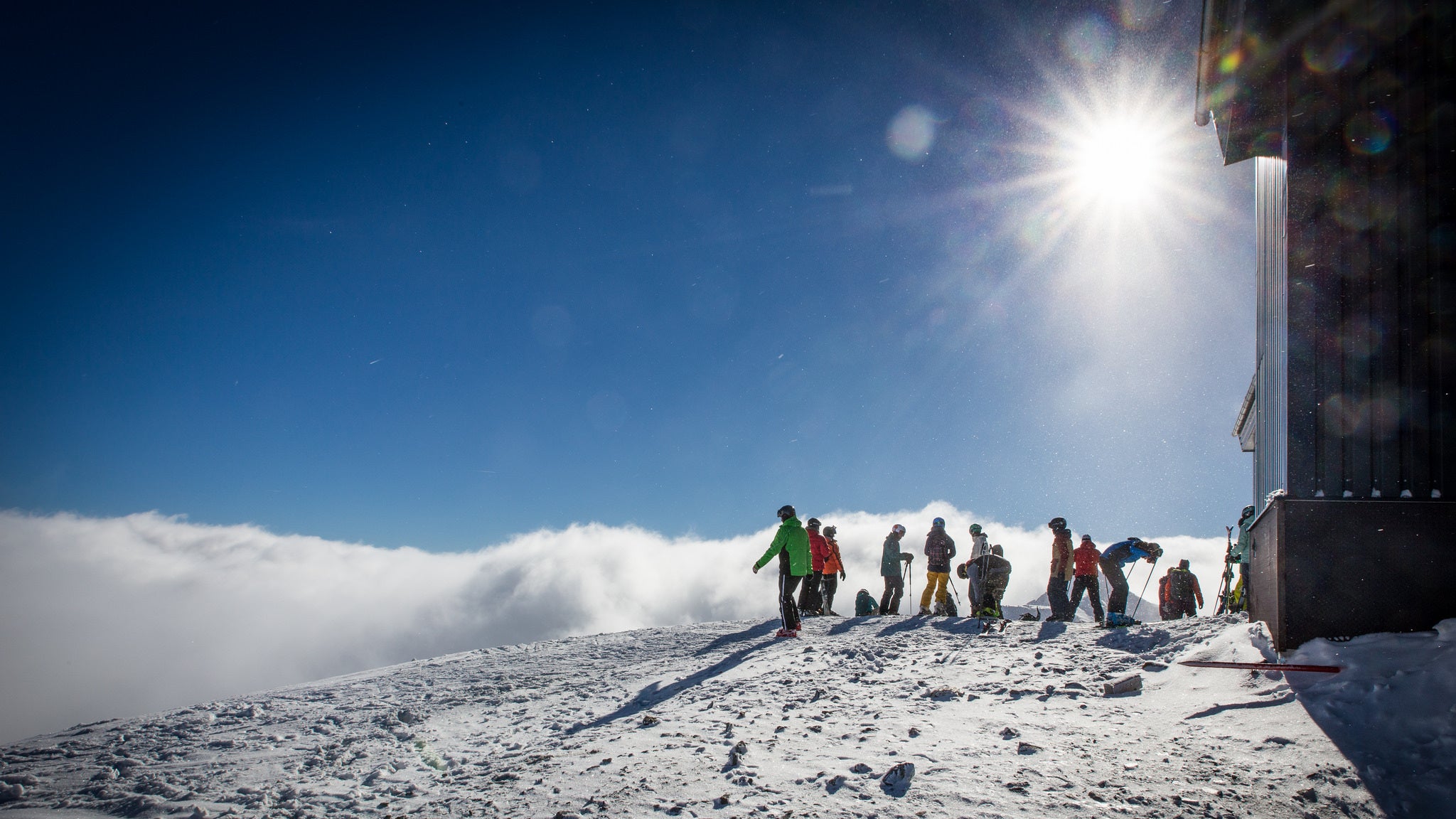 In theory, SPF 50 and SPF 100 are very similar sunscreens: one blocks 98 per cent of UVB rays, and the other blocks 99 per cent. The problem is, nobody applies the amount of sunscreen that will get you the SPF listed on the bottle. So in reality you're getting very different protection out of those two bottles.

Sprays work, but they come with some caveats:

Can an SPF Moisturiser Replace Sunscreen?

Speaking to Lifehacker, dermatologist Fayne Frey told us that SPF is a fine thing to have in moisturisers and cosmetics, but the problem is that you need to reapply the SPF throughout the day.

It’s unlikely there will be a product that you need to reapply the exact same amount of times as your sunscreen, so separate products are handy. Personally, I use an SPF moisturiser every morning, and then reapply a sunscreen-only product as needed.

By the way, she says it doesn’t matter which goes on first, the sunscreen or the other stuff. The important thing is just to make sure you wear it.