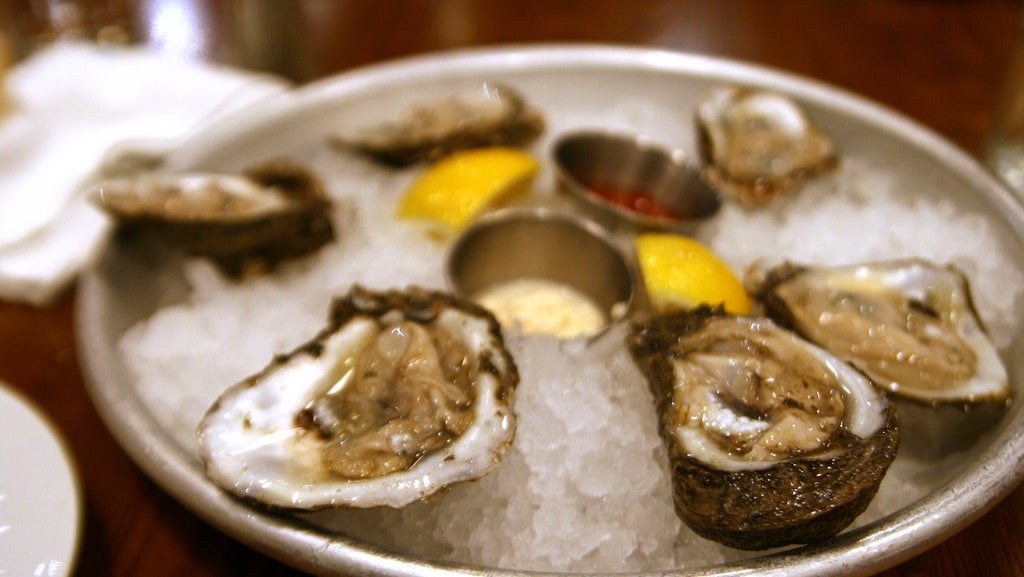 Seafood can be an iffy choice depending on the season and day of the week. With that said, you should be wary of these foods 24/7 - just in case. No one wants to get food poisoning, so take heed of these fishy food tips.

Do you really need to take the entire summer off from shellfish? And is the old saw about avoiding sushi on Mondays still accurate? We decided to check in on some of the old and new guidelines for seafood-eating to see what's out of date, what new rules have fallen into place, and how to gorge ourselves on aquatic delights without running the risk of food poisoning (or worse).

First, oysters spawn during summer, and during this process their glycogen (stored starch that imparts a sweets taste) turns into gametes, changing the flavour and texture so that they are, as Brogan puts it "well, not great."

Second, says Brogan, "In the pre-refrigeration days you did not want to eat an oyster that had been sitting in the hot sun all day."

While oysters may not be taste the best during hot summer months, they shouldn't make you sick (and the same goes for other shellfish).

Harmful algal blooms are more common in warmer months, according to the EPA, which also warns that climate change is making these blooms more common year round.

Some species of phytoplankton produce toxins, which in turn can enter the food chain when shellfish or other sea creatures eat that phytoplankton, leading to foodborne illness. These can have serious effects, ranging from digestive distress to numbness, tingling, even mild memory disturbances, says Dr. Lynn Grattan, of the University of Maryland School of Medicine, who studies the effects of marine toxins on coastal communities.

This is a good reason to use caution when eating shellfish, but this doesn't necessarily mean avoiding shellfish during summer months, says Grattan. "While there are some regional patterns for the emergence of harmful algal blooms, some fish or shellfish can retain the toxin for long periods of time. Thus, the bloom may be over, but the fish or shellfish may still be toxic."

These warning systems aren't perfect, and Grattan notes that "seafood consumption is the leading cause of foodborne illness with known etiology." But you can lower your risk by eating domestic seafood and making yourself aware of any warnings - no matter what time of year.

In his 2000 memoir Kitchen Confidential, Anthony Bourdain said he never orders fish on a Monday. In New York City, he wrote, the fish markets were closed over the weekend and restaurants did not get fresh fish delivered on Sundays, so on Monday the fish was likely to have been sitting around for a couple of days.

This rule has definitely made the rounds, with plenty of online message boards debating whether sushi and other restaurant seafood is off limits on Sundays, Mondays or both.

But last year, Bourdain himself declared this rule outdated, because the demand for and knowledge about seafood is so much greater than it was even 15 years ago, and restaurants have adjusted their schedules and supplies accordingly.

"It was a different world. Now, we know what good fish should look like and smell like," he told Business Insider in 2016, "and the market has had to respond to that." So as long as it's a reputable restaurant, any day of the week is fair game.

No matter what time of year or day of the week you're eating seafood, one rule still holds true: don't overdo it, lest you put yourself at risk of mercury poisoning. The heavy metal accumulates most in large, predatory fish such as swordfish, tuna, and sharks, but other species like bluegill and striped bass can contain enough mercury to cause problems for people who eat fish regularly.

Those who are pregnant or nursing should avoid these species altogether (you can see the full FDA guidelines here). Dr. Michael Gochfeld, MD/PhD, who specialises in mercury poisoning, says that some people who eat fish several times a week will show signs of mercury poisoning. "A recurring theme in our clinic is, 'for health reasons, I ate a can of tuna every day for years.'"

Gochfeld strongly believes that fish is part of a healthful diet, up to one once or twice a week. People who eat fish more often than that, he advises, should pay close attention to to the mercury levels in their fish, and aim to eat fish that are very low in mercury, and stick with 100 grams per meal.

Smaller species, like anchovies, sardines, and scallops, are particularly low in mercury; catfish, salmon, and tilapia are also safe bets. For more details, there are lots of guides out there, including this one from the NRDC.