Revealed: Every Sport Coming To Kayo This Summer

Summer is the best time of the year for sports fans – not just because there are some of the best international codes on in our backyard, but because there’s more time to sit back and enjoy them.

But it’s not called the festive season for nothing – it’s not hard to blink and suddenly, your calendar is full of social commitments that keep you from the couch. Fear not – now there’s a way to have your cake (summer plans) and eat it too (watch sport).

With over 50 sports Live and On Demand, Kayo has content from FOX SPORTS Australia, ESPN and beIN Sports. Kayo is available on the web, on iOS and Android devices, and on TV with Apple TV, Telstra TV and Chromecast Ultra. Go to kayosports.com.au to sign up for your 14-day free trial.

Introducing Kayo – a new subscription service delivering more than 50 sports to you on your favourite device at any time of the day or night.

Kayo also has great catalogue of on demand content, which includes some of your favourite FOX Cricket shows.

Kayo is the perfect summer holiday companion, because you can stay connected to all this summers’ key sporting events no matter where you are in Australia.

Not only can you keep up with your favourite codes at any time on multiple devices, you can also watch in ‘SplitView’ on selected devices, so you can follow more than one sport at the same time. 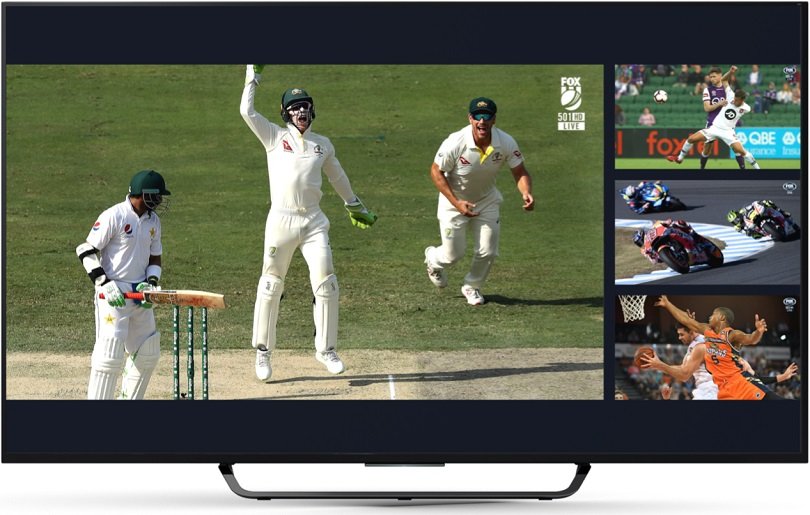 Boxing Day this year is the perfect opportunity to try it out, with the Australia v India Boxing Day Test on at the same time as an NBA marathon:

If you don’t want to watch both sports live in ‘SplitView’, Kayo also allows users to personalise the platform, from selecting the sports and teams that you want to follow to enabling the ‘No Spoilers’ function so you can catch up later without being spoiled by score updates or match highlights.

“Kayo is for people who just want sport, streamed on their terms. They want to watch what they want, when they want, how they want,” Ogrin says.

“We threw out the rulebook and built a service that gives fans exactly that: only sports streamed, a simple signup process, and a personalised experience. Kayo Sports is a ground-breaking multi-sports streaming service with over 50 sports live and on demand.”

Kayo also brings an impressive back catalogue for users, with more than 30,000 hours of content to be added each year in the form of sports coverage, documentaries, entertainment shows and more.

Kayo has every international match of the Australian summer and the KFC BBL, as well as coverage of the Rebel WBBL.

But Kayo is bringing fans more than just coverage, with Ogrin announcing this month that Kayo was adding alternative Hindi commentary for the Australia v India Domain Test Series this summer.

“Cricket has a massive following in Australia and is home to thousands of Indian cricket fans,” Ogrin says.

“With the alternative commentary, cricket fans can watch the first test and hear from former Indian cricket greats including Sunil Gavaskar and Harbhajan Singh, in the most widely spoken Indian language, Hindi.”

What to watch this Summer

Here’s what else will be coming to Kayo live this Summer and in 2019: