Apple has steadfastly maintained two separate sets of software for their desktop and mobile devices; iOS on smartphones and tablets, and macOS (formerly known as OS X) for desktops and laptops. But that dichotomy is becoming an increasing source of frustration to many users. It’s time for Apple to introduce a touchscreen Mac.

Anyone that has used Windows 10 on a touchscreen device knows it’s not a perfect experience. But it’s an evolving one. There are still some elements of the user experience (UX) that are hard to use, particularly if you don’t have slender fingers, but there are lots of apps that take advantage of the touchscreens many portable and all-in-one systems offer.

I switch between computers several times a year as I test different tablets, laptops and desktops as do many of my colleagues in the tech media. We have a running joke about how all our screens, large and small, end up with fingerprints all over them. Over the last few years, touchscreen computing has become the ay most of us use our digital devices. Microsoft gets it and while they haven’t got it right, by supporting it it is catering to the preferences of its users.

Apple, on the other hand, is pushing the iPad as a PC for the masses. But with an entry level iPad Pro tipping the scales at over $1200 without a keyboard or stylus, that’s a hefty ask. When you consider the range of Windows 10 convertibles that offer similar, if not superior specs, as well the ability to connect to network drives and access all the software you could possibly need at well under that price, it’s hard to imagine the iPad Pro appealing to anyone other than committed Apple fans or folks who have developed specific tools for iOS.

The frustration is that Apple actually has all the pieces at its disposal to make a great touchscreen Mac. The screen tech in the iPad Pro is excellent and the sensors for the Apple Pencil, coupled with a permanently attached keyboard that folds all the way around and lets you toggle between a tablet-friendly UX and a more traditional computing experience.

With software, it’s important to note that when iOS was first released, back with the first iPhone, that it was actually a development fork of OS X. So, it’s possible that the macOS and iOS could once again converge given their common underpinnings. And Apple has already done a lot of work in redesigning their own apps so the iOS and macOS versions are more alike – presumably using codebases that are more alike.

This awesome concept video from ConceptsiPhone highlights what may be possible although I’m not sold on the keyboard set up they’ve suggested.

And there are other options such as ModBook. That company sells “mod-your-own” kits or modified Macs and Windows systems. But given they are still taking about OS X and not macOS t seems the company is struggling.

If you have a recently superseded MacBook Air, then you could try the AirBar, which connects to a USB port and provides a touchscreen control for that Mac. 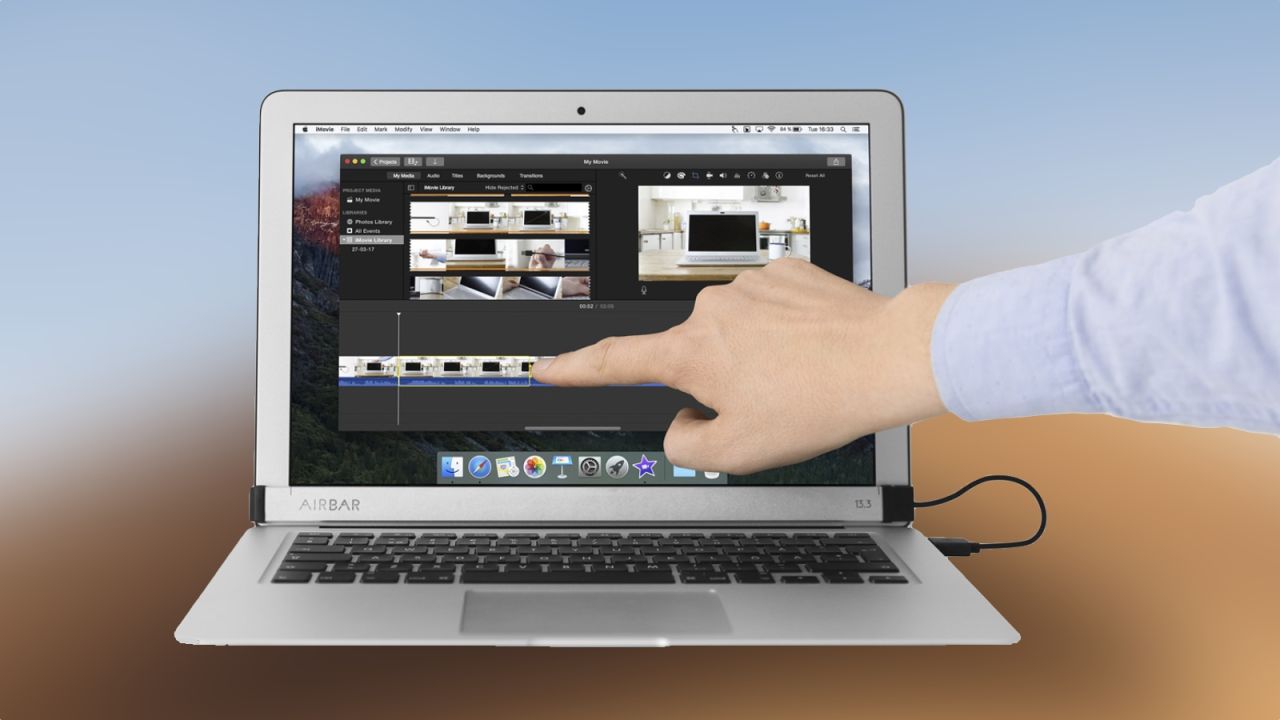 While these concepts and ideas haven’t taken off, they highlight something. There is a market for a touchscreen Mac. While no-one has yet cracked a way to do that, there’s clearly a market need.

It’s highly likely that a touchscreen Mac is floating around in a top secret lab somewhere in Cupertino as Apple’s boffins work on the device. But whether something will see light of day in the near future is debatable