How to Change Someone’s Mind

Get ‘The Witcher: Enhanced Edition’ PC Game for Free Today

Save Your Google Play Music Library Before It Disappears

How To Make Great Latkes 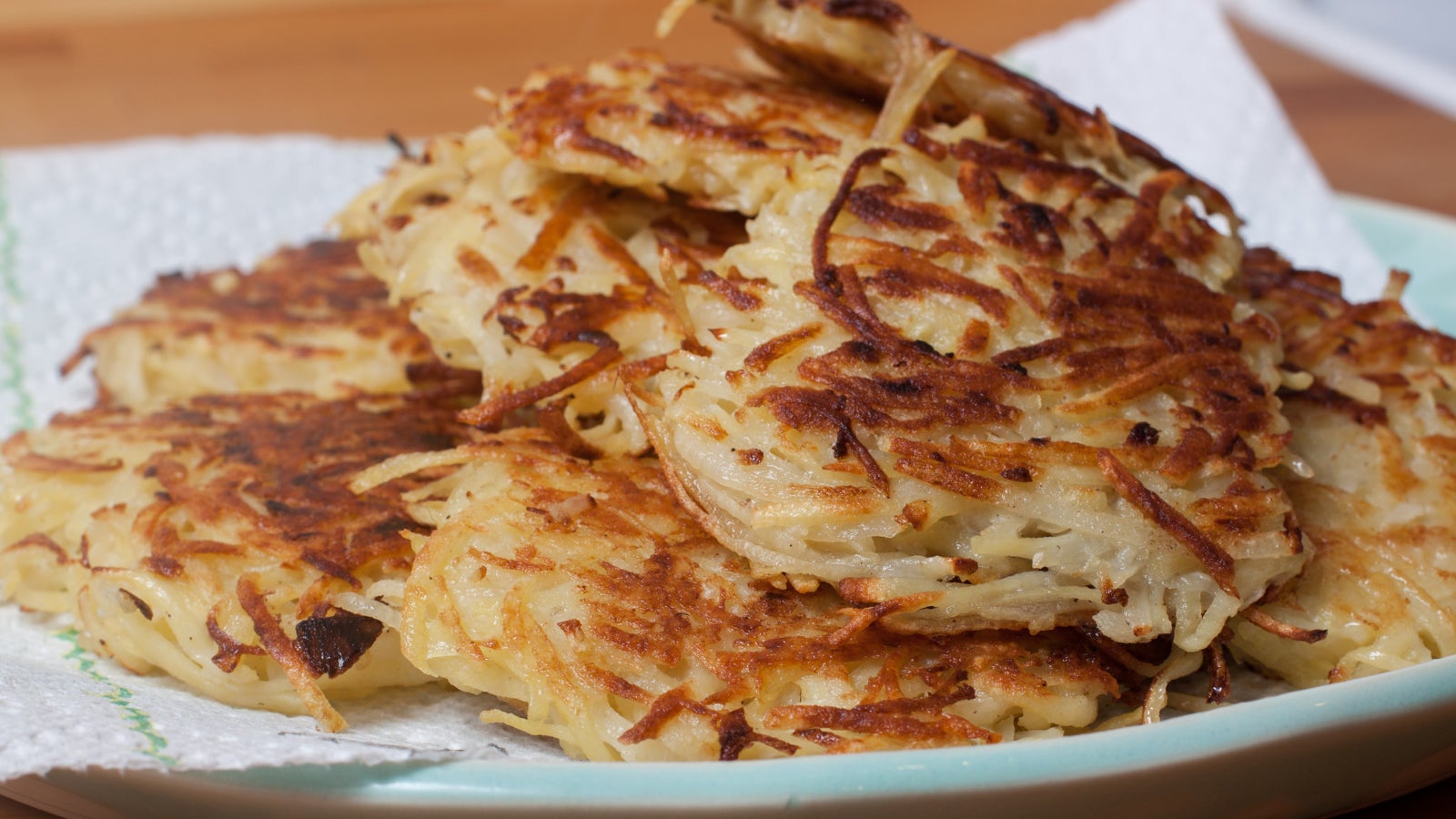 I do not care for the man formerly known as my stepdad, but at least he introduced me to latkes. The slightly cake-y, hash-brown-adjacent potato dish was unlike anything my seven-year-old palate had experienced, and it had experienced a lot of potatoes.

Making a good latke is not as easy as throwing some shredded spuds into hot oil. It’s a simple dish with simple ingredients, but there a few strategies one should adopt, no matter which recipe they use. (There are a lot of great recipes out there, but this one from Epicurious is a great place to start, though I usually increase the salt to a whole teaspoon and add a couple of tablespoons of matzo meal.)

Use a food processor

Unless you wish to fatigue your wrist and possibly shred the skin off of your knuckles, put the grater back in the drawer and reach for a little mechanical help. Grab your food processor and, using the shredding attachment, create nice, uniform, shoestring potato shreds that lend some heft to the cake while creating crisp edges.

There’s no need to peel them — I like the flavour the peels add — just push washed russet wedges through the feeder hole. Since potatoes are prone to rapid browning, prepare everything else before shredding. (Keeping them in a bowl of cold water can also prevent browning, but you’ll lose some of the starch to the water.)

For the crispiest, frazzled edges, you want to rid the potato shreds of of excess moisture. To do this, wring them out in batches by placing a cup or so of shreds in a clean kitchen towel or a double layer of cheese cloth. Roll the cloth up, then wring the spuds out with as much strength as you can muster, twisting one way and then the other. Repeat until all spuds are wrung, changing kitchen towels as needed.

It is traditional to cook latkes in olive oil, but that stuff burns at high temperatures, making your latkes taste bitter. For a clean, potato-forward latke, canola oil is your best choice, though some people love the flavour peanut oil provides. If I’m going to use an oil with any sort of non-potato taste, however, it is going to be schmaltz or duck fat.

(Schmaltz and potatoes are a power duo if there ever was one.)

Once you’ve fried your latkes to the perfect golden brown, drain them on some paper towels, season them with kosher salt, and place them in a 120-degree Celsius oven to keep warm while you finish the batch.

(Alternatively, just feed people as you make them; a fresh latke is transcendent.)

Don’t skimp on the dippers

Do not think you can get away with serving only sour cream or only applesauce. Both are completely necessary. A hot, salty latke with cool sour cream and sweet applesauce is one of those combinations that works so well it almost makes me remember my terrible stepdad fondly.

(I once saw him send eggs back at Denny’s, so this is a powerful endorsement.)