Why I Work At Bars Instead Of Coffee Shops 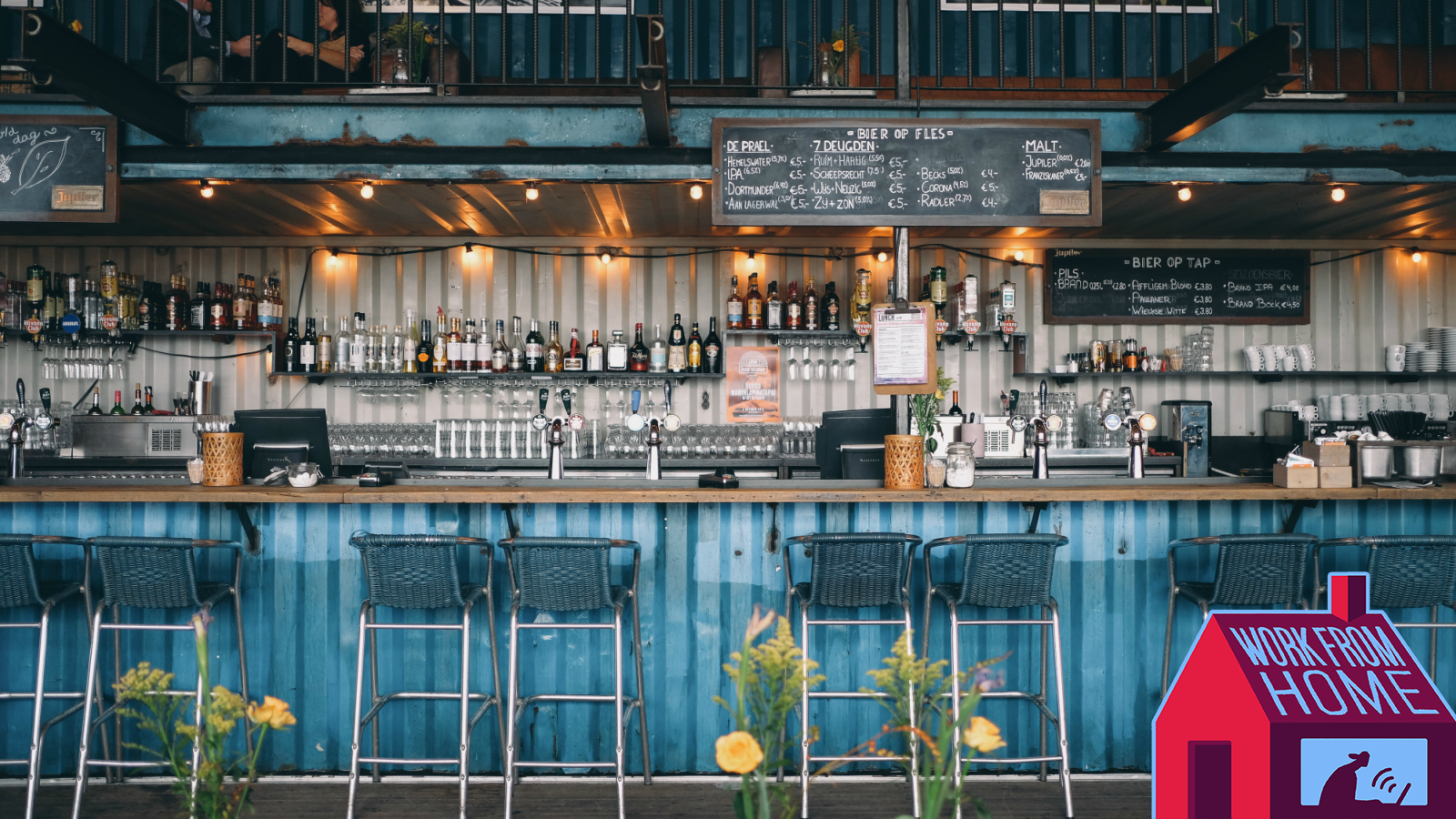 Photo by Benjamin Zanatta on Unsplash.

Working from home is an extremely sweet gig. I don’t have to wear real clothing, I alone control the thermostat, and my only physically present coworker is a geriatric spaniel. But a lack of human contact can make one a little weird, so I try to get out and be among the people at least once a day. Most people accomplish this by heading to their nearest cafe; I prefer the bar.


Working at the bar may seem oxymoronic, but I’ve found I actually get far more done at an alcohol-serving establishment than at a cosy, library-like cafe or a trendy coffee shop drenched in Scandinavian minimalism. (Coffee shops decorated in the Scandinavian minimalist tradition always have the most uncomfortable chairs.)

I have worked in dives, breweries, and cocktail lounges, and have always found myself to be more productive and creative in these places than I ever have at any coffee-serving place of business. This may seem like a thinly-veiled excuse to drink on the job, but there are many reasons I like working at bars that have nothing to do with the ethanol they serve.

I can’t drink that much coffee

I am, by nature, a hamster-like individual. I fidget, I hide food, and my large, dark eyes are always darting around, looking for would-be attackers, even though I live in a very safe environment. As such, I do not do well with a ton of caffeine on board. It is, however, rude to hang out at an establishment and not buy anything, so a couple of hours at any given cafe means at least two cups of coffee (and maybe a pastry that gets crumbs in my keyboard), which means I get very twitchy.

The beverages at a bar are much more conducive to my way of life, and I’m not talking about the alcohol (yet). Bars usually have Diet Coke — which has a mere 35 milligrams of caffeine per can — but they also have soda water, which you can get flavored with bitters for a very pleasant beverage with a negligible ABV, or – if your bartender is game – a mocktail option or two.

Plus, when you’re done with your tasks, you can reward yourself with a cocktail, which is an excellent way to tell your brain “Your workday is done, friend”.

Not all bars have food – well, all bars in Oregon do, but we’re very special like that – but the ones that do usually have French fries, and why would you want a dry raspberry scone when you can have French fries?

Even if you’re at a dive that only serves beef jerky or bags of chips, I would still wager that these options are better (and cheaper) than whatever buckwheat croissant your local coffee shop is selling.

The whole point of getting out of the house is to have just a bit of human interaction, and – if you sit at the actual bar, which I do – bartenders dole out just enough. Not only are they usually fairly charming conversationalists, but they usually have enough going so they don’t have time for much more than a quick “How’s your day going?’ or “I like your laptop stickers.” This type of banal, pleasant conversation simulates the kind of interaction I imagine people have in offices, and it makes me feel alive in the world without distracting me from the work I am trying to get done.

The atmosphere is better

Obviously there is a variation in vibe in both bars and coffee shops, but I usually find the atmosphere of a bar to be a bit more relaxed, lively, and loud. While a louder workplace might not be desirable for everyone, it sets me at ease, because I am a klutz who tends to drop things.

The sound of me dropping my laptop charger just fades away into the rest of the noise at a busy bar, but in a quiet, serious coffee shop with lots of serious graphic designers and industry disruptors, it is quite noticeable. The conversations are also much more interesting to listen in on, thanks to a little substance known as “alcohol”.

Creative work is sometimes easier with a little booze

I’m not saying I do all my writing inebriated, but if it’s after five, and I’ve got the next day lined up pretty well, writing a first draft under the influence of a Campari or two can yield some pretty entertaining content. If I’m stuck on a particular piece, and the words just aren’t flowing, relaxing with a cocktail can calm me down and loosen me up just enough to bang out a first draft that I can quickly polish up in the morning.

The promise of a drink is also a great way to bribe myself into doing tedious work like photo editing, or stuff that doesn’t fall into “official Lifehacker work,” like a book proposal.

Of course, as with working in any establishment, make sure you are a polite and good customer. Buy some stuff, don’t take up more space than the average, non-working patron, and take your phone calls outside. I applaud the confidence it takes to have an 20-minute conversation over FaceTime in a public space, but it is quite rude.

Also, charge your computer before you go and/or bring a portable power source – unless a space is specially billed as a co-working establishment, they do not owe you an outlet, and asking the bartender to plug you in next to their well is unacceptable, Jenny. (I’ve seen Jenny do this many times.)