Chinese smartphone makers have been dominating the mid-range smartphone market as they look to cater to a growing audience priced out of flagship devices. Two most impressive new smartphones at this price point are the Oppo R17 Pro and the OnePlus 6T. So which one should you plunk down your hard earned for?

Competition is set to become heated in the coming months with the likes of Samsung vowing to introduce cutting edge features on its mid-range devices first; a point driven home by the recently announced A9 handset which boasts an unheard of four cameras. With updates to top-tier flagships becoming more incremental by the year giving people fewer reasons to upgrade, the mid-range segment is fast becoming the space to watch.

We recently tested two of the best models in this rapidly expanding category: the Oppo R17 Pro and the OnePlus 6T. Here’s how they fared.

OnePlus shares the same parent company as Oppo in BBK Electronics. Although OnePlus and Oppo operate independently, they share the same manufacturing line and supply chain resources. So it should come as no surprise to find some similarities when it comes to hardware.

The front of the handsets look identical with the 6T and R17 Pro both sporting a near bezel-less 6.4-inch 2K resolution OLED panel and a water drop style cutout at the top to accommodate the front camera. The display on the 6T and R17 Pro is protected by Gorilla Glass 6 which means it should withstand the odd drop.

While the in-display fingerprint scanner is a tad slower and a little less consistent than the regular back mounted ones, its placement on the front of the screen feels much more natural to use. The ability to use it with the phone resting on a desk or in a car mount, too, is a big advantage. The in-display fingerprint scanner also happens to be a feature that you won’t find on pricier handsets save for Huawei’s Mate 20 Pro.

In keeping with smartphone trends, neither handset sports a headphone jack. The R17 Pro includes a pair of USB-C headphones while the OnePlus 6T comes with a dongle that allows you to use your existing pair of headphones. 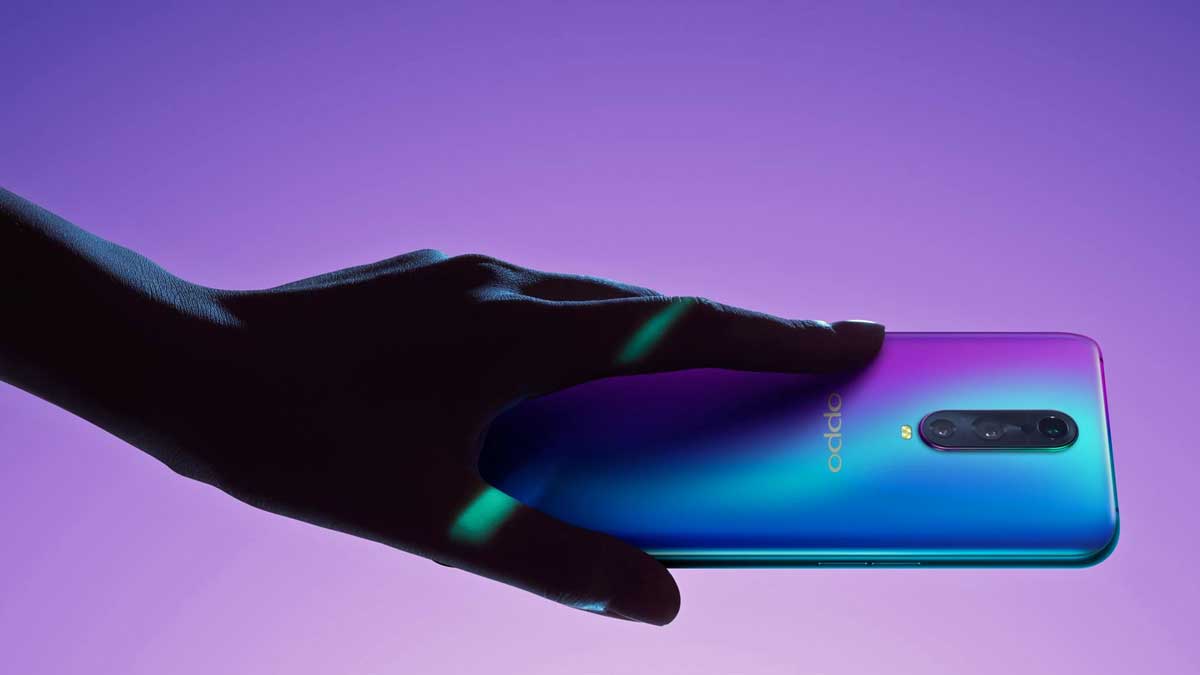 The R17 Pro comes in two distinct colours — radiant mist and emerald green — while the OnePlus 6T is more muted in appearance coming in either a matte or glossy black finish (the “thunder purple” version pictured above is coming soon). The 6T and R17 Pro sport a distinctive S-shaped curve design that appears across the back of the phone when positioned under direct light and Oppo takes things a step further by incorporating a gradient colour shift that subtly moves from a dark purple to a light blue colour on the radiant mist variant. The textured effect not only looks great, but also keeps fingerprints at bay.

Both are great looking phones in their own right and the choice of one over the other ultimately comes down to personal taste.

The OnePlus 6T comes with the latest version of Android (version 9.0 Pie) running OnePlus’ Oxygen OS overlay on top. Optimised for performance, Oxygen OS has quickly become a popular version of Android with no bloatware and an extensive array of customisation options that allow users to tailor the software experience to their liking.

The lean OS paired with the fastest chip you’ll find on any Android flagship, in the Snapdragon 845, makes the OnePlus 6T a joy to use. There’s a host of meaningful tweaks such as swiping down anywhere on a home screen to summon notifications making one-handed operation more accessible, or ‘reading mode’ which mimics the monochromatic appearance of an e-reader.

Oppo’s ColorOS runs on top of Android 8.0 Oreo with an update to Android 9.0 to come in the near future. Despite being powered by a slower Snapdragon 710 processor, ColorOS on the R17 Pro isn’t exactly a slouch when it comes to performance and it also boasts a few useful features of its own.

A quick swipe from the right of the screen will bring up ‘Smart Bar’ which acts as a quick shortcut that can be used to launch any app while a three finger swipe brings up split-screen mode for running two apps simultaneously. There’s also an AI Album feature which automatically categorises your photo library into collections based on people and places, but it isn’t as comprehensive as the smarts on Google’s Pixel line or as Apple’s albums on the iPhone. While the R17 Pro sorted selfies and people that it recognised into collections, it failed to sort photos based on geographical location with shots taken on a recent trip to Italy lumped together with pictures taken back at home.

The 6T and R17 Pro offer support for gestures while the screen is off. You can draw a V to turn on the flashlight or draw an arrow to skip tracks. We did find the screen-off gestures to be more consistent and reliable on the OnePlus 6T and they also worked across a wider range of apps such as YouTube.

The faster animation transitions also meant that jumping between open apps and unlocking the phone using the in-display fingerprint scanner felt a hair faster on the OnePlus 6T. 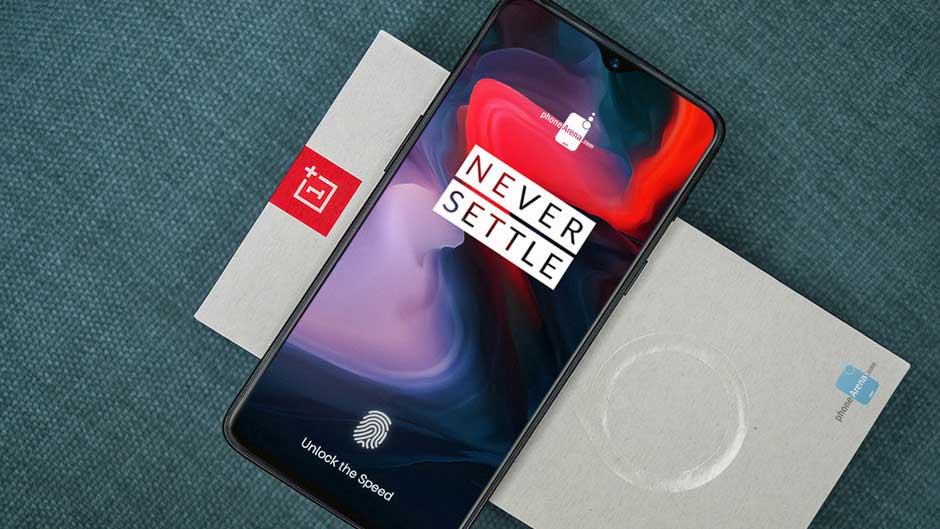 On paper, the Oppo R17 Pro has a more capable camera and in actual day-to-day use, it produced more pleasing shots.

The 6T and R17 Pro have a night mode that promises to pull in more light and detail in dimly lit environments, and while they brighten up cityscapes without issue, they both have a tendency to blow out the brightest areas, overexposing light sources such as lamps and streetlights while discounting warmer tones. That said, the Oppo R17 Pro with its wide 1.5 aperture manages to retain more detail in low light situations than the OnePlus 6T and, in some instances, rivals the picture taking ability of top tier flagships.

Macro shots look great and shots taken in broad daylight look just as impressive with plenty of detail even though either camera can at times struggle with dynamic range. The 6T and R17 Pro also have a tendency to over sharpen shots which becomes apparent when you start to zoom in on pictures.

The R17 Pro has an extra sensor dedicated to taking 3D shots, but unless you own a 3D printer or fancy the idea of replicating the animoji experience from the iPhone, it is likely to see very little use. It’s a shame that Oppo didn’t opt for an ultrawide lens instead which would have been much more useful.

The front facing camera on the OnePlus 6T is 16MP while there’s a 25MP shooter on the R17Pro in addition to a suite of HDR and beauty modes on both handsets. The results are quite detailed, but the front firing camera is susceptible to washing out subjects making skin tones look less natural.

On the video side, the 6T and R17 Pro can record at 4K and slow motion video. While they do a decent job of recording video, the performance is let down by poor stabilisation that fails to smooth out even the slightest hint of camera shake.

The 6T and R17 Pro sport a 3700mAh battery backed up by the fastest charging in the industry. Oppo leads the way with its new SuperVOOC charge which provides 50W of charging power, resulting in a full charge in just 35 minutes. The OnePlus 6T’s DashCharge is able to pump out 20W of juice, delivering 50 per cent charge in 30 minutes. Both solutions are proprietary meaning you’ll need to lug around the fairly bulky charger included in the box if you want to take advantage of fast charging.

There were no issues in getting through an entire day and well into the next of fairly heavy use with either handset, though the Oppo R17 Pro had a little more juice left in the tank on the second day. This likely comes down to the OnePlus 6T using a more taxing processor in the Snapdragon 845 versus the Oppo’s slower, but more battery efficient Snapdragon 710. 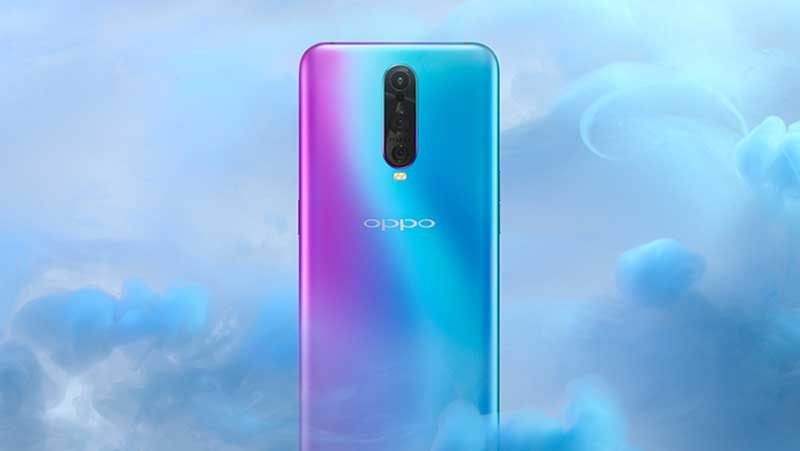 The OnePlus 6T and Oppo R17 Pro offer plenty of value for the money, but each handset has its own strengths that are likely to appeal to different types of users. If you’re after the best camera for the price, the R17Pro is the mid-ranger for you. If, however, you’re looking for raw performance and possibly the best software experience that Android has to offer, then the OnePlus 6T is your best bet.

Oppo’s R17 Pro is officially available in Australia for $899 or on contract through Vodafone. If you can make do with a less capable camera and processor, the $699 Oppo R17 might also be worth considering.

Australians eyeing the OnePlus 6T will have to jump through a few extra hoops and import one from overseas. The base model includes 6GB RAM and 128GB of internal storage and retails for $US549, which equates to around $780 at current exchange rates. After adding GST and shipping costs into the equation, the price tag hits closer to the $899 mark.