I have made many a clever dinner in my day, but one thing I have never messed with is the turducken. Nothing against the excessive gluttony of it all — eating three birds at once actually sounds like fun — I just value my time, and deboning three birds just to re-form them around each other takes up too much of it. But by layering turkey, chicken, and duck in a casserole dish, we can get all three feathered friends in a single bite, without having to deal with too many bones.

For a base, I went with the aggressively simple and creamy potatoes au gratin, then topped the whole thing off with a layer of green bean casserole, because this dish needed a little green (and crispy onions). 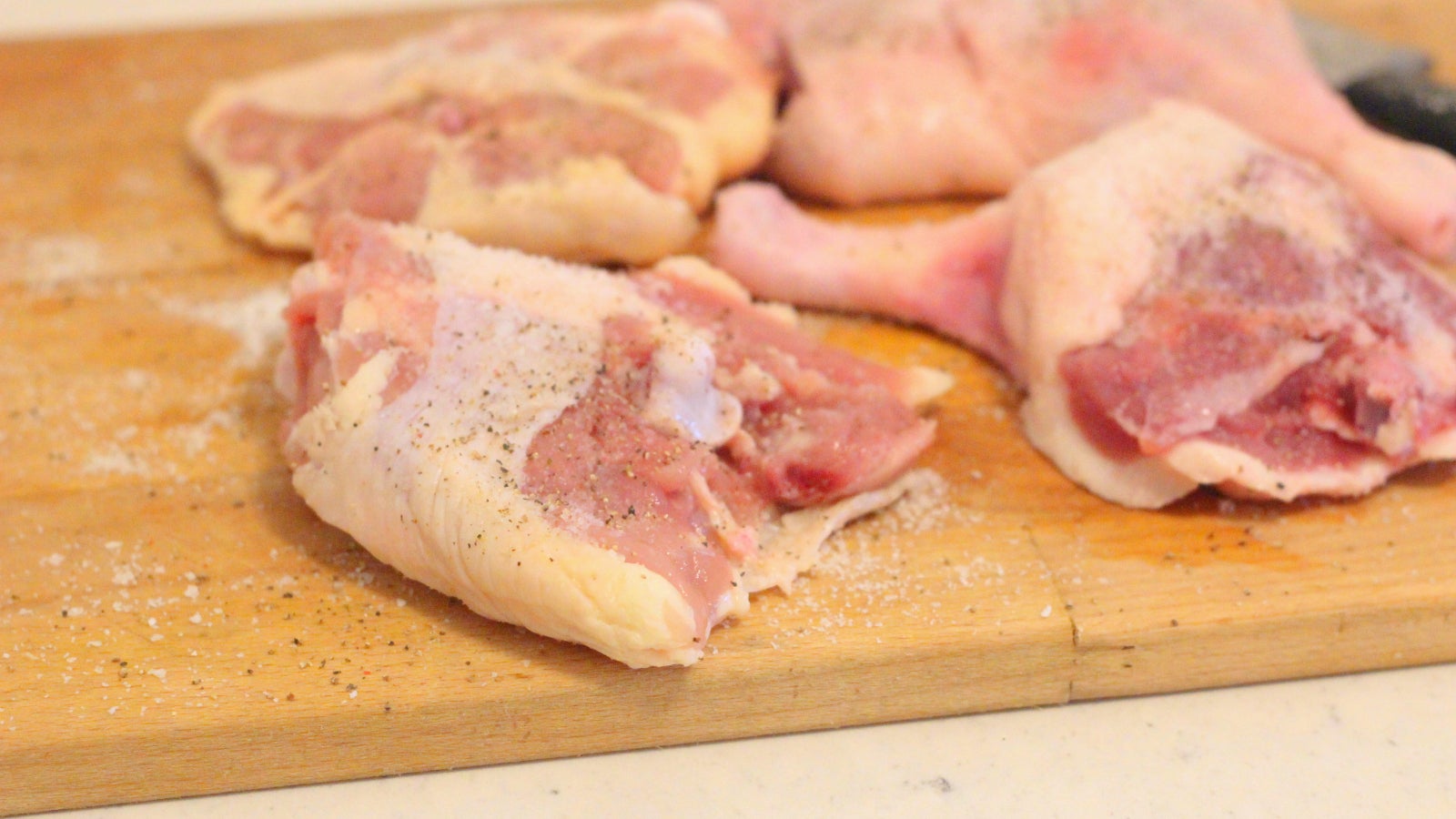 To make this multi-bird marvel, you will need:

If you’re starting with raw chicken and duck (you could buy pre-cooked and I wouldn’t be mad), go ahead and cook it however you want. You can roast them, you can sous vide, or you can do what I did, and lazily confit them for a couple of hours.

First, season all sides of the legs and thighs heavily with salt and pepper, let them hang out in the fridge for a few hours (or overnight if you have time) then place them in a snug, oven-safe vessel. Pour in a pint of melted schmaltz or duck fat, then place the in a 120C oven until the thickest part of the duck leg reaches 80C (a few hours). Remove the bird parts from the oven, and increase the oven temperature to 190C. 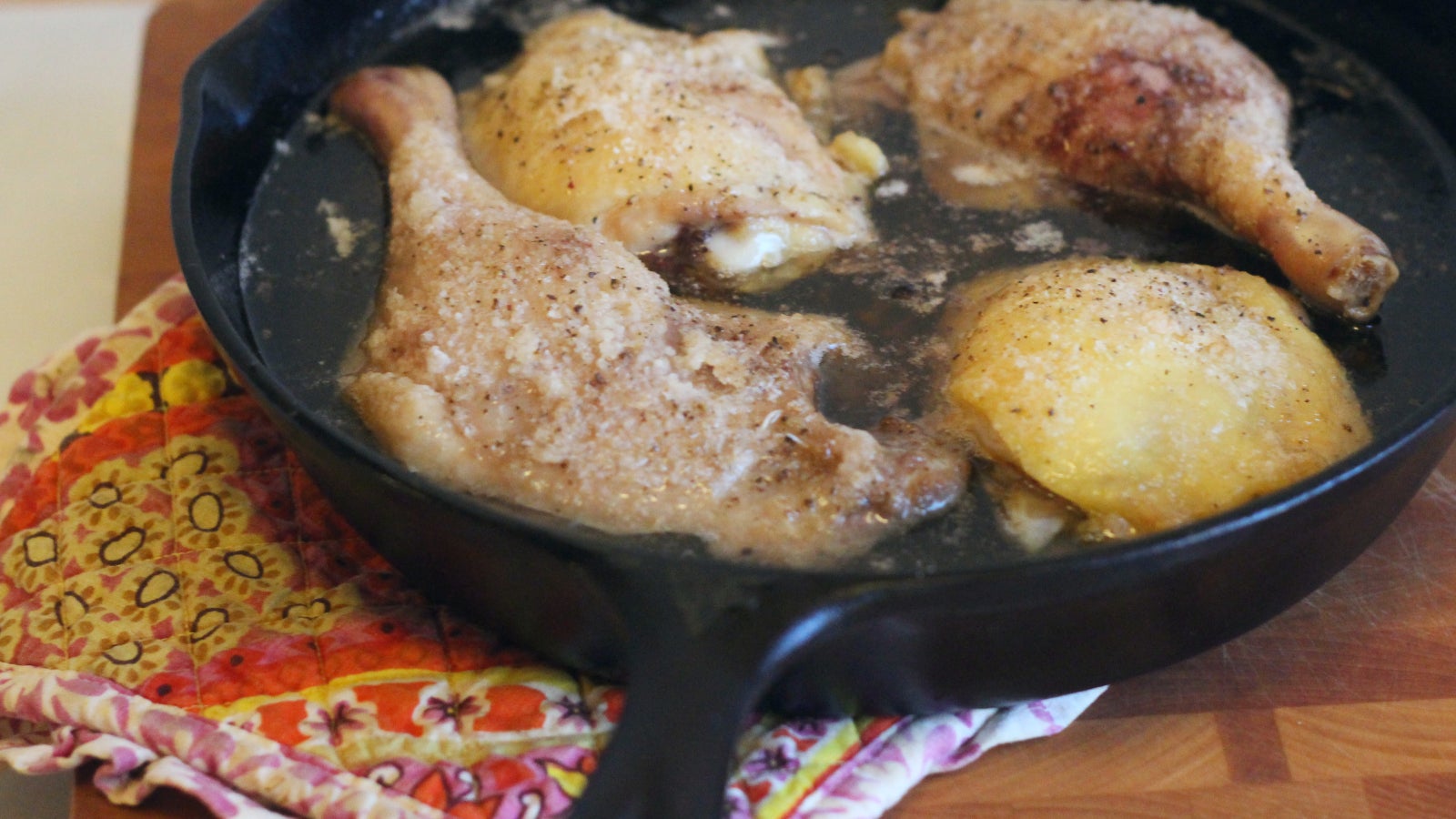 Was it very hard to not sear these off and rip the meat from the bone with my teeth? Yes. It was. (Photo: Claire Lower)

While the meat is cooling, take your casserole dish and put down your first layer of potatoes. Season that layer with salt and pour in just a enough cream to cover that first layer, repeat two more times. Pop it in the oven until the top gets all bubbly and browned, then get it outta there and let it cool for 10 minutes. 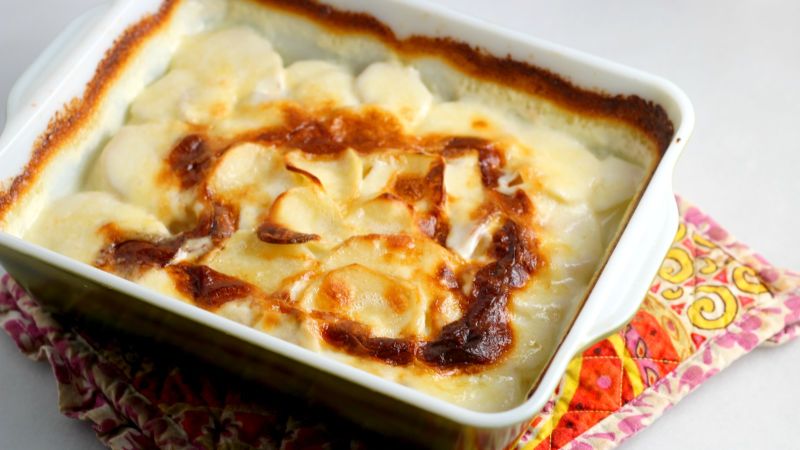 Remove the meat from the chicken and duck bones, cut it into bite-sized pieces, and mix it with bite-sized pieces of smoked turkey. Sprinkle that pile of tasty bird on top of the gratin. Remove the stems of a healthy handful of green beans, then boil them for a few minutes in salty water until they are bright green and tender-crisp.

Plunge them into an ice bath, let them drain, then cut them into 5cm pieces. 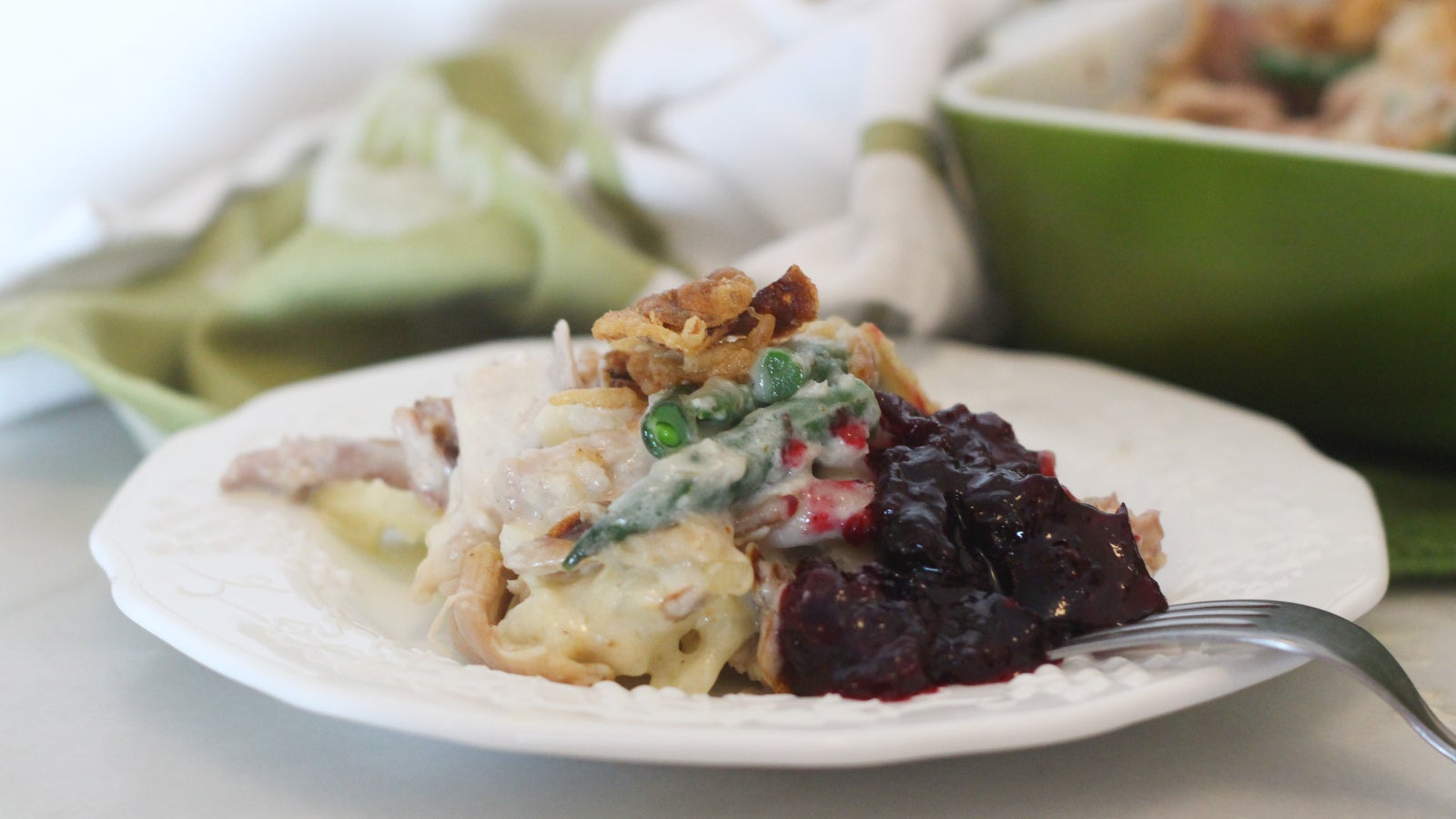 Finally, make the gravy. Cook two tablespoons of flour in two tablespoons of your favourite fat, until the raw flour smell dissipates and it takes on a golden colour. Slowly add the stock, whisking all the while, to make a nice, thick gravy. Sprinkle a cup of the chopped green beans on top of the bird meat, then douse everything with the gravy you just made.

Pop the dish in the oven until it’s bubbly on the sides — about 20-25 minutes — then sprinkle on as many crispy onions as your heart desires. Get it back in the oven for another 5-10 minutes, until the onions are fragrant and browned. Remove the casserole from the oven, let it cool for five minutes if you have the willpower, and serve with cranberry sauce.