The Best Tech To Help You Run (According To Fitness Experts)

Technically speaking, running is supposed to be the cheapest form of exercise; it’s just you and the path. However there are so many different tech options to help make you a better, or more focused, runner that it’s hard not to be tempted by new tech.

It’s even more difficult to pick out what will actually help from the stuff that just sounds cool. To aid you in your quest to become the best athlete you can be, I talked to three of the most hardcore athletes I could find to see what they’re using and why. 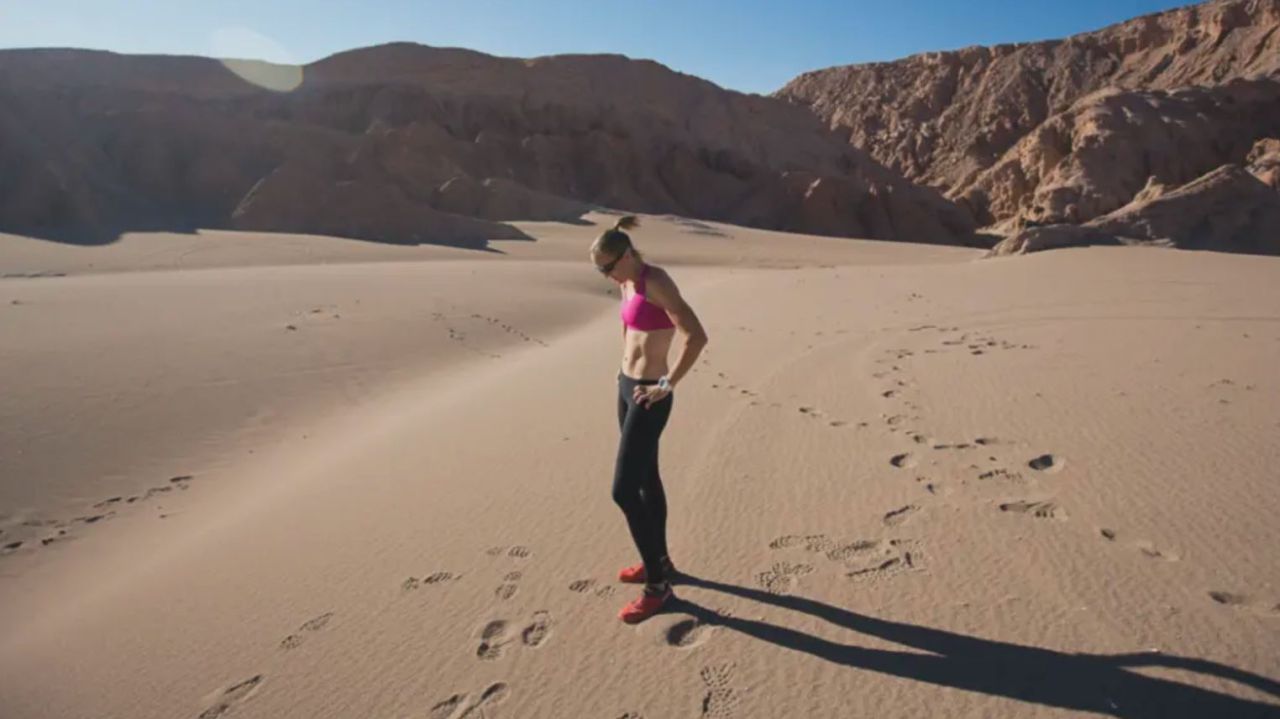 Jax Mariash is one of those rare, crazy people who doesn’t think a regular marathon is long enough. She was the first woman in the world to complete the 4 Deserts Race Series Grand Slam Plus, which consists of five races across five countries in one year: a total of 1250km in some of the world’s most inhospitable deserts including Antarctica and Namibia.

Mariash utilises tech a lot in her training and races.

Her watch of choice is the Suunto 9 because of its 128-hour battery life on the ultra setting. “I do everything off of heart rate,” Mariash says, “so it allows me to keep heart rate, GPS and everything I need out in the deserts for multiple days.”

Mariash uses heart rate as her main metric for training because, according to her, it’s a more accurate way than distance to test your limits. “For certain training runs you want to do certain efforts and so, for me, it makes sure that I stay within my zones,” she explains. “It’s helped me to improve. It just makes you honest and that way you really know what you can do.”

She also relies on music, utilising Jaybird’s Run for the task. “I like with the Run that I can take one ear out,” she says. “In races where I’m in the middle of the desert, a lot of the times I’m by myself, so I like to be able to hear with one [ear].”

The other benefit of using true wireless headphones is having the case store extra charge.

Music is a key part of Mariash’s motivation, and she has eclectic taste. “I love to listen to electronic. DJs like ZHU and Flume and Disclosure and things like that, but I also love some old-school stuff.”

However, it’s not always about variety. “There was one time I was in the Black Gobi Desert for a really long time, and I listened to “Shoop” from Salt ‘n Pepa like 19 times,” she says. “It was [54 degrees Celsius] and it helps you just black it out because you can kind of rap and you know all the words.”

To keep track of her metrics she uses the Suunto Movescount app along with Strava, where she thrives on the competitive social nature of the platform.

Mariash’s advice to new runners is to get a GPS device, join Strava to see how the pros train, and then just remember to have fun. “Running can be really intimidating. Go find friends and make it this super fun part of your life and then you’ll forget you’re even exercising. It will be a lifetime sport if you put the fun in it from the get-go.”

(Jax Mariash is sponsored by Jaybird.) 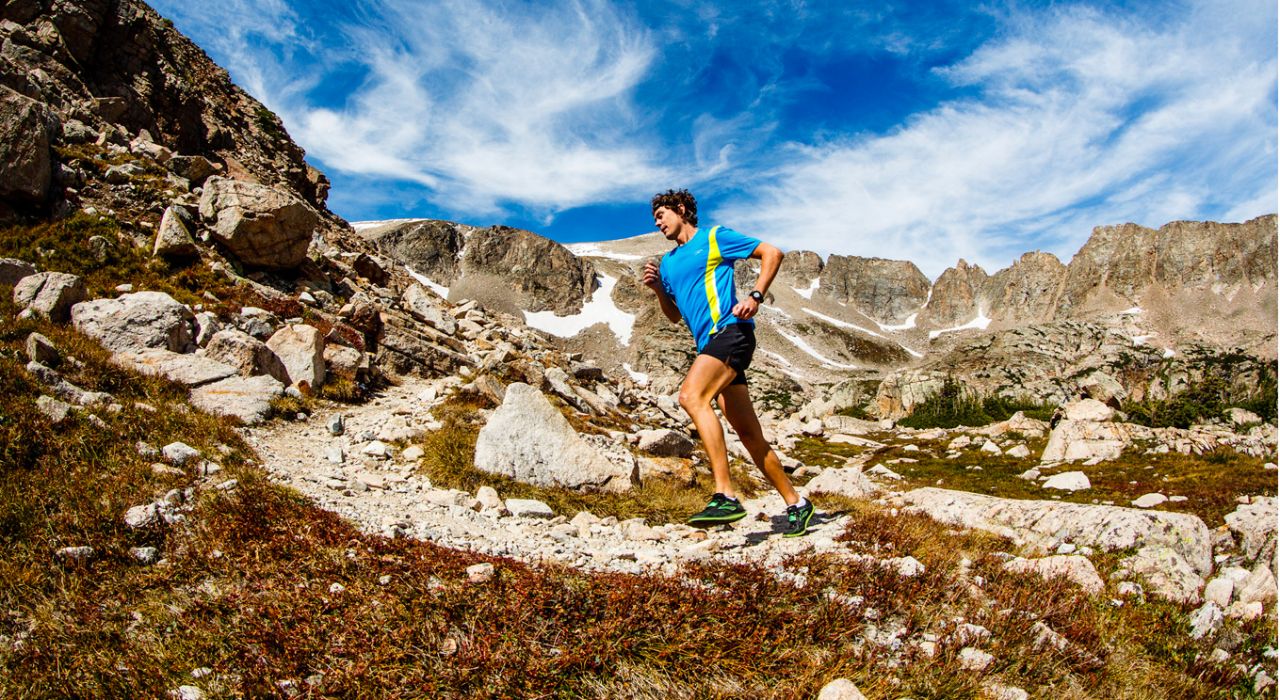 Scott Jurek is widely considered to be one of the best runners of all time. He also specialises in ultra-marathons, and once ran 266.67km in 24 hours (an average of roughly one kilometere per five and a half minutes). And, surprisingly, he shuns tech when he runs, beyond using his phone on speaker to play music.

Because of how far and for how long he runs, he doesn’t even use apps on his phone lest it run out of battery.

“I think [technology] has its place. You’ve got to tune into the body at times and technology can help you do that,” he says. “But then sometimes you have to unplug.

“I’ve been running ultras now for over 23 years. In some ways it was my way to unplug from things, and I didn’t even use watches some of the time because I wanted to keep running in its purest form.”

As well as wanting to be one with the environment, it’s partly about safety. “I want to hear the rattlesnake,” Jurek explains. “Sometimes you don’t hear the cougar, it happens so quickly.”

As a purist, Jurek thinks all a new runner needs is something to protect their extremities and the soles of their feet. However, a little technology is worth considering. “They might benefit from a heart rate monitor to tell them, ‘Hey, you’re actually going harder than you think’,” he explains, “because our will is stronger than what our internal organs are telling us. So, I feel like for the new runner, a heart rate monitor can be useful. Getting an exercise test, knowing your heart rate zones. Those are all great things.” 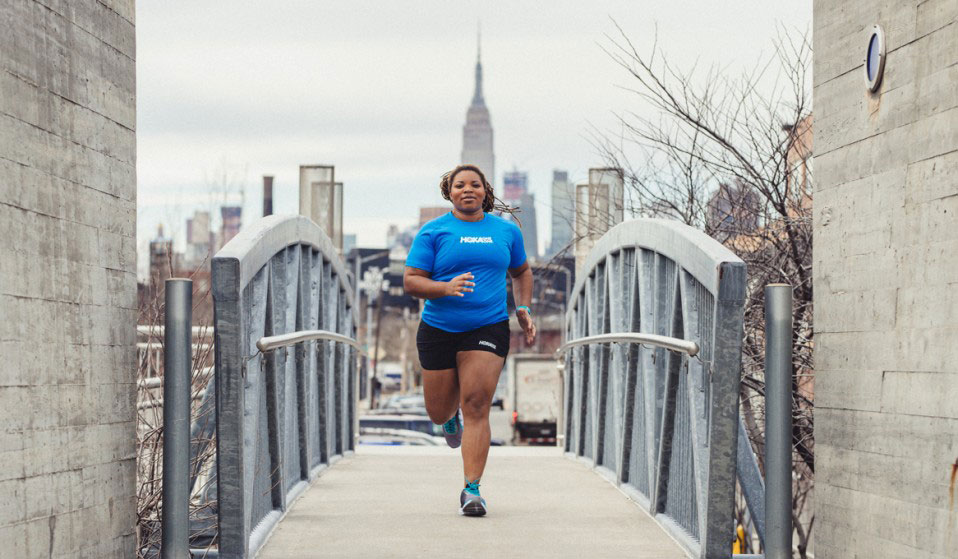 Latoya Shauntay Snell is just as inspirational, even though her goal isn’t to break records. She is a self-described “running, fat, chef”, and an advocate for back-of-the-pack athletes. She recently completed her first 100km race and the New York Marathon. Her attitude is: “If you have the courage to get up every morning and train just like one, why wouldn’t you call yourself an athlete?”

Because she’s relatively new to ultra-running, Snell’s still upgrading her kit, but she knows what she wants.

“I’m basically using a Fitbit [Charge 2]. At one point I was using Sony headphones, but they died a little bit on me,” she says. “When I have a little bit more money, then I’ll do Beats by Dre; those are really great headphones.” She does plan to upgrade her Fitbit soon to a Suunto 9 because of the GPS and battery life.

On the app front, Snell uses both Runkeeper and Strava, as well as the Fitbit app.

Although she enjoys listening to diverse music — including some slower tempo, more meditative songs — she’s a big fan of running with podcasts.

“I actually do a podcast myself, so sometimes I’ll listen to the interviews and the episodes that we go back and forth. It’s called ‘300 Pounds and Running’, and it’s geared towards the back of the pack. We’re very profanity-laced, but very open,” she explains. “The other podcast that I listen to is called ‘Run This World’ by Nicole DeBoom. She does a really good podcast.”

Snell didn’t start out using the best tech she could find. “If you’re going to commit and you’re going to pay for something, it’s worth the money,” she says. “My technology has drastically improved. Before I’d just go to the store and buy a cheap pair of $5-to-$10 headphones.

Now it’s more like, ‘oh these headphones are $159’, but it’s worth it because, if I’m doing the research, if it’s giving me the power, it’s giving me the bass that I’m looking for, it’s worth the investment. To have my watch to be able to gauge realistically how many hours that I’m out there for, that’s exceptionally helpful for my training.”

The author travelled to New York as a guest of Jaybird.